A Recipe for Murder by Jo Hiestand

A neat book on sale right now at Amazon.

December bullies its way into the village in a swirl of snow and biting wind, threatening to cancel the annual St. Nicholas festival. But winter’s slap pales when a body is discovered in the candlelit church. Someone is not living up to the seasonal wish of ‘peace on earth, good will towards man.’ 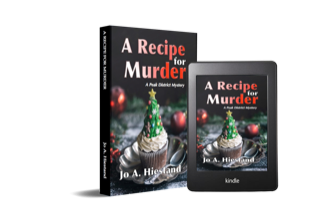 But the village harbors more than Christmas gifts, DS Brenna Taylor discovers as she and her colleagues from the Derbyshire Constabulary begin working the case. There is the feud between two rival authors; a wife’s open disdain of her husband and his secret comfort in the arms of another woman; the pent-up emotions of a vicar’s wife forced to conform to idealistic conceptions; the tacit threat of a troubled teenager and his delinquent girlfriend.
Brenna also discovers emotions she didn’t know she had when DS Mark Salt, her harassing macho cohort, makes overtures of genuine friendship. Now Brenna must not only examine her love for her boss, DCI Geoffrey Graham, but also consider the likelihood of its ever being returned.
As if sorting through the affairs of the heart and the tangle of motive and suspects in the case weren’t hard enough, a series of arsons threatens the very village itself. And Brenna wonders if they are looking for two felons or just one very disturbed individual

MY REVIEW
Whoever thought a murder mystery could put you in the Christmas spirit? Nonetheless, this one is filled with all the trimmings and decorations, even the snow for Christmas time.

A cold as concrete in winter kind of church and a dead body. Scary, at least to me. That’s the opening to Jo Hiestand’s “A Recipe for Murder”. While it may sound cold and scary, the village was really preparing for the St. Nicholas Festival at the same time. One of their big celebrations at Christmastime. There’s greenery and hot cross buns and decorated trees of course, as well as every other Christmas delight you can think of. Everyone was busy doing their assigned tasks for the Festival, at least they all say they were.

Brenna Taylor is still wishing Graham would notice her. She knows it isn’t professional. Two coppers can’t have a relationship. But do you think that keeps her from thinking of him almost every waking moment. Someone had better knock some sense into her if she wants to stay on the force.

So, is this a light fun mystery? No, it’s a British murder mystery and a good one. One almost impossible to figure out the bad guy or girl before the very end. But it’s a well-written, great mystery for curling up and either watching the snow or dreaming of it, depending on where you live. 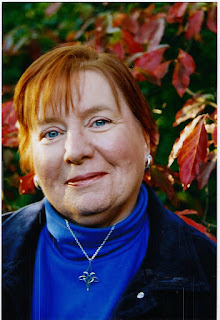 In 2001 Jo graduated from Webster University with a BA degree and departmental honors in English.
She lives in the St Louis, MO area, and spends as much time as she can writing mysteries and watching the barges on the river.
Her love of writing, board games and music came together when she and a friend invented a mystery-solving game, P.I.R.A.T.E.S., which uses maps, graphics, song lyrics, and other clues to lead the players to the lost treasure.
Along with fellow mystery author Pam DeVoe, Jo teachs a mystery writing course at St. Louis Community College.