This post is part of a virtual book tour organized by Goddess Fish Promotions. Deborah Camp will be awarding a $50 Amazon or B/N GC to a randomly drawn winner via rafflecopter during the tour. Click on the tour banner to see the other stops on the tour.

He had tumbleweed in his blood, moving from one town to the next. Traveling to where there was trouble, Dalton Moon was hired to tame wild places with a fast draw and an iron will. Lacy Tyrell knew that Dalton wouldn’t be around long and she shouldn’t be tempted by him. But like the moon, his pull on her was a natural, powerful force that she was helpless to resist.

“I don’t view women that way. Mostly, I figure that if a man thinks that a woman who can whip up a good meal, birth and raise decent children, and keep him in check is ‘weak,’ then he doesn’t deserve her.”


Her heart thrummed happily and she smiled, thinking that this man had somehow become even more attractive. “You truly believe that?”

She let out a little sigh of contentment. Noticing a cocklebur in Cry Baby’s mane, she removed her gloves and worked it loose from the long, white hair. “You’re an interesting man, Dalton Moon. In fact, you’re nothing like I thought you’d be.” She tossed aside the offending bur.

“What did you imagine I’d be like?” He unbuttoned his coat and leaned a forearm on his saddle horn.

His brows shot up and a startled laugh erupted from his chest. “All that, huh?”

“It is your reputation,” she informed him, archly as she tucked her gloves under her coat’s belt. “You must know that. If you aren’t in the habit of drawing your gun and shooting at people, then how did you acquire it?”

“Through wagging tongues and shameless liars,” he answered in a contemptuous tone. “I am fast on the draw. I don’t deny that. But I’m not eager to pull the trigger. I will, mind you, in defense of my life or someone else’s.”

Whatever type of romance you love to read, Deborah Camp writes it. From sweet to sexy, contemporary to historical

Author of more than 50 romances, both contemporary and historical, Deborah received the very first Janet Dailey Award (given to a romance novel that best addressed a social problem). My Wild Rose deals with battered women and children in 1800s with Carrie Nation as a character in the novel. Solitary Horseman also won the In d’tale Magazine’s Rone Award. Deborah loves writing stories that are centered on brave women and honorable men. 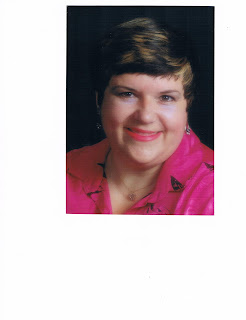 Deborah’s books have been praised by reviewers, bloggers, and readers who love complex characters and clever plotting. She always mixes in a bit of humor and a lot of heart.

She’s been a full-time writer since graduating from the University of Tulsa. Her first novel was published in the late 1970s and her books have been published by Jove, New American Library, Harlequin, Silhouette, Avon, and Amazon. She was inducted into the Oklahoma Authors Hall of Fame and she’s a charter member of the Romance Writers of America. She’s also a member of the Author’s Guild.

Communicating with readers and other writers is something she enjoys, so don't be shy about visiting her online.

Be sure to join her Happy Campers Super Cool Reader Group on her website to receive a copy of one of her romances novels free and participate in it on Goodreads, too.