Any weird things you do when you’re alone?
I love to put some music on and dance like there’s no tomorrow. I’m a terrible dancer, so it’s mostly just moving about to the rhythm, but it makes for some good cardio. It also puts me in a good mood. 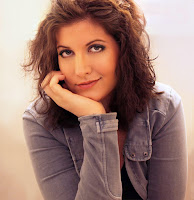 What is your favorite quote and why?
The science-fiction series Andromeda had an opening quote at the beginning of each episodes. They weren’t real quotes, but things the writers made up. There’s one that always stuck with me:
“She wounds you as a rose will wound you -- Not with her thorn.
A rose will always wound you with her beauty.”

Who is your favorite author and why?
I’m a huge fan of Jim Butcher, and his Dresden Files series. It’s just my favorite work. It’s fast-paced, with a lot of dark humor and a vast universe.

What, in your opinion, are the most important elements of good writing?
Interesting, well-defined characters. They’re very important to me; it’s what draws me into a story. Also, they need to grow and mature throughout the story.

Where did you get the idea for this book?
I love mythologies and studying them is a hobby of mine. Did you know there are hundreds

of different mythologies, all over the world? Each area has its own monsters and mythical creatures, and years and years of folklore to draw inspiration from.

“Evil Embers” is the second book in my Vale Investigation series. It chronicles the exploits of Bellamy Vale, Death’s PI on a retainer. It’s a mix of classic noir detective and urban fantasy, and is set in a universe where mythologies exists, and every story that you thought was just folklore is actually true.

I try to focus on a new mythology with each book, and “Evil Embers” draws a lot from old Middle Eastern tales (think “1,001 Nights” and the likes). There’s also a dab of Greek Mythology in it too, because some of the main characters are from that side of the border.