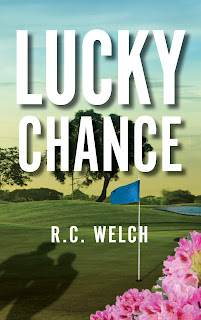 In every respect.  I dedicated it to my wife.  I wanted to acknowledge her support and her encouragement, but most especially, I wanted to recognize our partnership in life, through marriage.  I try to support and encourage her in all her endeavors as well.  In fact, Lucky Chance is about our marriage.  Not our exact marriage, but about the mechanics of becoming in the Biblical sense, one   I use symbolism in story to tell the story and the meaning that I hope to communicate.   I wrote about a marriage between two people who come from disparate backgrounds, fall in love, and then dedicate themselves to allowing  the energy of love shape them into a viable and enduring partnership through marriage.  I also wrote about the vicissitudes of life that tend to make that endeavor difficult.  We are individuals after all and we possess our own motivations and desires.
flesh through marriage.

Where do you get your storylines from?
I begin my writing with two points of control.  I have a story and an ending in mind.  I suppose I also have characters in mind.  Perhaps, I think of characters and then place them within  the story, which has a proposed ending.  In between those points, I write my stories that reveal the plot or the longer story.  I enjoy moving along and coming upon inspirational ideas that take my plot on a turn or a curve.  If I have any type of inherent writing talent that gift manifests as a sense of what works and belongs and what doesn’t.  Sometimes, I simply know that something is missing.  I might write a piece of two and reject them just as quickly, but I try to stay engaged and moving.  More often, sooner rather than later, I find myself satisfied with finding the missing piece and filling the void.
Was this book easier or more difficult to write than others?  Why?
This book was far easier than my first.  After my first, which was accepted but far too long, and remains, as yet, unpublished, I accepted myself as a writer.  I knew what I was doing.  I felt a freedom to write and to cut or remove unnecessary pieces of work.  I knew there would be enough, and I had a sense of what was enough.

Do you only write one genre?
I have been asked to write non-fiction in a sort of academic capacity.  I am a reader, and I am a researcher when I read.  My wife catches me looking up every word that I do not know, and researching story points for their origins and history.  I have not formally considered this work at this point.  Therefore, I suppose the answer to your question is, Yes, I only write in one genre. 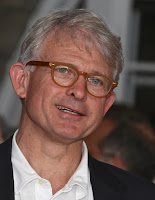 Give us a picture of where you write, where you compose these words…is it Starbucks, a den, a garden…we want to know your inner sanctum?
I have made an office out of the smallest bedroom in the house.  All our newborns slept and played in this room until they were no longer considered infants.  It’s cozy, quiet and secluded, but it is in design and décor, with the exception of my desk, still, the baby’s room.

And finally, of course…was there any specific event or circumstance that made you want to be a writer?
I am actually a story teller.  I became a writer, out of off handed necessity.  My wife found my day planners that I had saved across all the years of my corporate life.  She read my notes regarding many activities on many days.  She said, “Honey, nobody does a day planner like this.  Have you ever thought about writing some of the stories you tell?”  Hmmm?  But, when I was 12 years old I was selected by my family to tell our story at the annual reunion.  We had a story telling time at reunions and each branch of the family selected a member to tell a story for that year.  I told about the dogs and I setting the leaves on fire in the back yard, and then attempting to extinguish the blaze.  I may write that story sometime.

Many thanks for your consideration and your kind attention.