I wrote Becoming Magic after #metoo and the whole Harvey Weinstein thing in Hollywood. I started looking really hard at the

romance genre in general and where it’s been going. This is a genre read and written, for the most part, by women, but some of the themes I’ve seen on the rise in it are troubling. It’s like you can’t be sexy without adding a little bit (or a lot) of abuse. I knew I never wanted my own daughter to read that stuff, so I re-examined my own writing, and, though it’s much better than some, there were some themes that troubled me. So I wrote Becoming Magic, in a way, to start over.


Where do you get your storylines from?

Was this book easier to write than others?

No. It was much harder.

The subject matter is intense and not fun at times. I’m more used to writing lighter, less disturbing stuff. However, I felt it was necessary to write about the actual assault Carole endured because people don’t really seem to understand what it’s like to be made to feel powerless.

I have written other things than romance. My Synchronicity series is romantic fantasy. Weeds and Flowers is a coming-of-age story. But mostly what I write is romance. 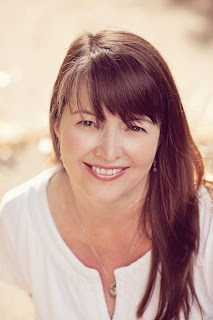 of my life. There are a few exceptions. Secrets of the Lotus is set in New York. Close Up Magic is set in Las Vegas, with a few scenes in Bath, N.C, Island Magic takes place partly in North Carolina, partly on an island in the Caribbean. And then Movie Magic and Becoming Magic are both partly set in Hollywood. But almost all have a tie to North Carolina. I’m excited about Dickens Magic because it’s the first one I’ve written that takes place entirely in downtown New Bern, one of the most beautiful cities I’ve ever called home.


Describe what made you want to be a writer?

I just am a writer. I have written short stories since I was a child. I remember writing stories and having my mother say I could be an author when I grew up, but I didn’t know what an author was. I tried making a practical living out of my love of writing by getting a degree in journalism. I didn’t like the hours required of journalists, though, so I turned to library science. This worked better, but I still wanted to write my own stuff, so when I became a mother, I started writing full time. And it’s what I’m meant to do, so I’m still doing it eighteen years later.