This post is part of a virtual book tour organized by Goddess Fish Promotions. S. A. Cosby will be awarding a $25 Amazon/BN Gift Certificate to a randomly drawn winner via rafflecopter during the tour. 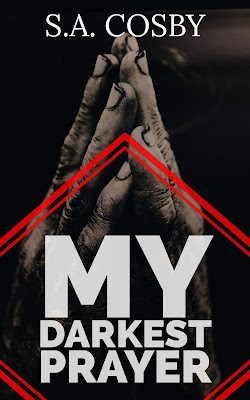 Whether it's working at his cousin's funeral home or tossing around the local riff raff at his favorite bar, Nathan Waymaker is a man who knows how to handle the bodies. A former Marine and Sheriff's deputy, Nathan has built a reputation in his small Southern town as a man who can help when all other avenues have been exhausted. When a local minister with grandiose ambitions is found dead, Nathan is approached by his parishioners who feel the local police are dragging their feet with the investigation. What starts out as an easy payday soon descends into a maze of mayhem filled with wannabe gangsters, vicious crime lords, porn stars, crooked police officers and a particularly treacherous preacher and his mysterious wife. Nathan must use all his varied skills and some of his wit to navigate the murky waters of small town corruption even as dark secrets of his own threaten to come to the surface.


My review
At first I thought this had a Walter Mosely feel. Not the story so much as the feeling in the writing. But the more pages I read, the more I realized that S. A. Cosby had his own style and it was special.

The main character, Nathan, describes his job as the man who retrieves the bodies. He did it in the war and he works in a Funeral Home owned by his cousin. Nathan is the kind of tough guy I like. He’s kind and yet strong. He’s a smart ass, a really funny one too. And he’s handsome. I am aware this is a book and there are no pictures but somehow I just know that,  or at least Cosby described him well enough that in my mind he’s a good-lookin’ guy.

Since Nathan is a former cop, two ladies from a church ask him to look into the death of their minister, not maybe a super clean guy, but one they loved. It seems like the cops are saying it was suicide. Thus, the story begins of Nathan Waymaker, the body retriever guy.

Let me tell you, this is a page-turner. I hated every moment that I had to put it down to do something else. I loved the story, I loved the writing style and I loved the humor. Cosby made his characters real and fun; some bad, some good, like any mystery should have. He described them in their settings so well that you could see them almost as if they were in movie scenes.

I read substantially, sometimes for fun and sometimes professionally. I am very picky. There are many good authors out there and I admire them. But this guy, he’s a great author and wherever he might be right now, he’d sure better be writing another Nathan Waymaker book because I’m waiting for one.

Do not miss out on this book.


I handle the bodies.

That's what I say when people ask me what I do for a living. I find that gets one of two responses. They drift away to the other side of the room and give me a sideways glance the rest of the night or they let out a nervous laugh and move the conversation in another, less macabre direction. I could always say I work at a funeral home, but where's the fun in that?

Every once in a while when I was in the Corps, someone would see me at Starbucks that modern mecca Wal-Mart in my utility uniform. Sometimes they’d catch me in my dress blues after a military ball just trying to grab something before heading back to the base. They would  walk up to me and say, “Thank you for your service.” I'd mumble something like “No, thank you for your support” or some other pithy rejoinder, and they would wander away with a nice satisfied look on their faces. Sometimes what I wanted to say was, “I took care of the bodies. The bodies with the legs blown off or the hands shredded. The bodies full of ball bearings and nails and whatever some kid could find to build his IED. I loaded the bodies up and dragged them back to the base, then went back out on another patrol and prayed to a God that seemed to be only half-listening that today wasn't the day that someone would have to take care of my body.”
But I don't think that would have given them the same warm and fuzzy feeling. 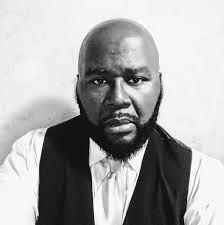 S.A. Cosby is a writer whose work has been published in numerous magazine and anthologies. His story "Slant-Six" received an honorable mention in Best Mystery Stories of 2016. His life experiences include being a retail manager, a bouncer, a forklift driver, a landscaper, a roadie, a construction worker, a mortuary attendant, and he once wore a cow suit when he worked for Chik Fil-A. He majored in English at Christopher Newport University and now lives in Gloucester, Virginia.