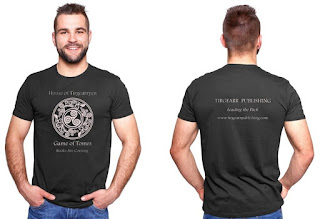 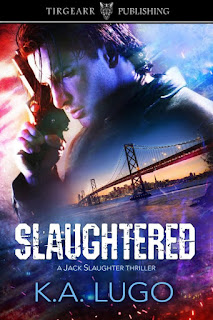 Fallen homicide detective, Jack Slaughter, closes the door on the home where his perfect family has been brutally snatched from him. Moving across the city, he works as a private investigator to fund his own investigation into what happened to his family—who killed his little girl, Zoë, and where is his wife, Leah?

Every three month for the last three years, Jack receives a simple text telling him where he can find his missing wife. There’s a body at each location, but none of them are Leah.

Jack hates missing person’s cases, but they’re his bread and butter. He only takes the case to find Carl Boyd's missing wife because the details of her disappearance closely match Leah’s. He hopes by finding Bonnie Boyd, he'll find his own wife.

Following the leads in the Bonnie Boyd case, Jack discovers someone has been killing women all over the city for the last three years, a fact Jack’s ex-partner and still best friend, Ray Navarro, has neglected to tell him. The city has a serial killer and officials haven’t been able to find a single lead on the person they’ve dubbed The Butcher.

Could Bonnie Boyd’s disappearance be linked to The Butcher? More important, was Leah one of The Butcher’s victims? Could he have gone so far as to murder a child?

With every clue Jack weaves together, the more his own life unravels.

My Review...
What a roller-coaster ride. This started with one of those characters I love. Jack Slaughter, an ex-cop, a new P.I., driven almost mad because of the loss of his wife and daughter. Handsome. I’m just somehow sure he is, you know, the rugged-looking kind. And then after about a third of a missing woman case he’s working on, he’s working on 13 murdered women, all cop cases which he is not even supposed to have anything to do with. I kept thinking “but wait, what happened to poor Bonnie Boyd that’s missing? Poor Mr. Boyd, he just got dropped.”

So, as you can see, I was beginning to get really upset about this book inside a book; about an author who had two storylines in her mind. I want to tell you, I was furiously writing a review about that in my mind while lying in bed trying to go to sleep. And then, wait until you hear this…I get up the next morning and start reading, trying to get the book over with and what happens? I can’t put the book down; can’t turn the pages fast enough the story has evolved and gotten really good.

So, what have we got? Great characters, lots of action, some confusing problems with the storyline and a book good enough that you can’t put it down. I’m going to let you draw your own conclusions from that.

This is the first book in this series. Although K.A. Lugo might have upset me for a little while with this book, I most certainly think she should be working on Book 2. I like that Jack Slaughter guy and you know, good characters…well…people read books because of characters they like.


"You’re still struggling with your guilt, Jack. You know there was nothing you could have done to prevent what happened."

From the corner of his eye, he saw Nick calmly gazing at him. Were priests trained to remain composed around people who were on the verge of insanity? He was on that knife blade. Every goddamn day.

"Were you ever home earlier?" For a moment, silence floated between them. "And how much earlier? Five minutes or an hour? Who’s to say this wouldn’t have happened on another night?"

Jack scrubbed a shaking fist across his forehead, trying to stop the building pressure there. "How many times do you think I’ve beat myself up over that?" He shot his gaze back at the priest, unintentional anger in his voice as he spoke. "Had he already tried on other nights? If I had been home earlier that night, would he have tried again on another night? Was he going to keep trying until he could finally get in when I wasn’t there? Or was he really after me, but took his anger out on my family instead?" He stopped short; he was now practically yelling at the priest.

His heart pounded hard in his chest, nearly robbing him of breath. The frustration of being so out of control was almost too much to bear. He gazed deeply into the glass in his hands, as if somehow the whiskey’s amber depths foretold his future. How much more could he take before it became too much?

Not for the first time, he swallowed hard at the thought of eating his gun. He couldn’t—not before he found Leah and administered his own justice on his daughter’s killer.

"Jack." Nick’s too-calm voice seemed to echo in the quiet room. "Don’t let this pull you into the darkness."

Had the priest read his mind? Jack downed the whiskey in one go. "Too late."

K.A. Lugo is a native Northern Californian who grew up in Carmel-by-the-Sea, part of a larger community founded by artists and writers, including John Steinbeck, George Sterling, and Jack London. Over the years, she's worked with several Carmel notables, but it was in 1997 she left the employ of Clint Eastwood to live in Ireland for six months. It was during this time she met the man she would marry, and relocated to live in Ireland.

While always writing since a very young age, K.A. earned her keep in Ireland as one of the country's foremost travel consultants who also wrote travel articles about Ireland.

Slaughtered is the first in the new highly acclaimed Jack Slaughter Thriller series, set in San Francisco, a city close to K.A.'s heart.

K.A. loves hearing from readers and promises to reply to each message. Please visit her socials to stay up-to-date on this exciting new series.