This post is part of a virtual book tour organized by Goddess Fish Promotions. Lark Anderson will be awarding a $10 Amazon or Barnes and Noble GC to three randomly drawn winners via rafflecopter during the tour. Click on the tour banner to see the other stops on the tour. 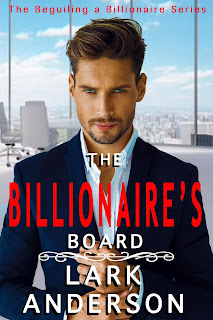 When Remi Stone is promoted to director at Icor Tech by the INSANELY HOT, chiseled, PERFECT 10 CEO, the last thing she expected was for chaos to ensue. Boy—she should have been more prepared.

Who would have ever thought that being 23.7 hours early for a meeting would ever lead to a series of life-changing events that would see me influencing the course of a billion-dollar corporation—but I’m getting ahead of myself. Let’s go back to the day AFTER my time-anxiety induced early bird mishap.

You see, I went into Icor Tech’s boardroom to present at the quarterly ‘Innovation Meeting,’ completely unprepared for all the enemies I was about to make. The board itself—and all the directors!

But that’s exactly what happened when the handsome, aloof, BILLIONAIRE CEO, Gabriel Icor himself, promoted me to director at 23 with NO FLIPPING WARNING!

Now, I have a bunch of seasoned board members thinking I’m an ‘upstart’ mouse. A bunch of employees angry their careers plateaued well before mine. And two insanely hot, crazy-successful, competitive, and ever charming businessmen courting me.

Oh, and get this—I’ve never so much as been on a date before.

What’s a girl to do? Well, I’ll tell you one thing that’s never advisable...

This is exactly what they expect from a millennial. Shitty work ethics, entitlement, living in my parent’s basement. None of those traits fit me, but the room full of grey hairs I’m about to brief don’t know that. They don’t know that I tested out of high school at fifteen, received my Bachelor’s in Engineering at Cornell by nineteen, and my Masters by the time I was twenty-two. They just see a young, fair-haired woman and assumed I got my job because of who I know or some affirmative action bullshit.

Kibbles! I can’t forget to feed Kibbles, the aging cat my dearly departed grandmother left to me.

The cat hates me, looking for any reason to shred my bedding and furniture. She’s possessed, more than likely by my dear dead grandma, who was never very happy no matter how much I called, visited, or wrote. Not that she ever really wanted to see me, but she sure did like the checks I was writing for her. I swear, she left me Kibbles just to spite me.

It isn’t enough to leave one bowl of food out. Kibbles demands three, placed strategically around the apartment, filled to capacity. If the kibble level so much as lowers by half an inch, Kibbles goes into an angry panic. She dug up every single plant one day and shredded my shower curtain on another. The last thing I need is another Kibbles meltdown.

Oh, wonderful, the cat’s glaring at me. Don’t panic. It’s not a big deal. It’s just a cat.

Pull yourself together, Remi. You’re facing the board and a room full of directors today. Don’t blow this! 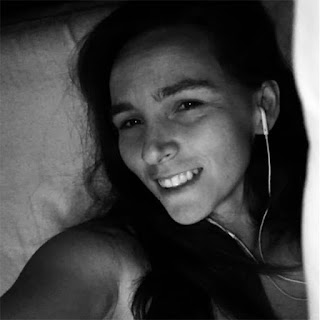 Lark Anderson was raised near Syracuse, New York. She joined the USAF at 19 as a Flight Manager and eventually discharged in pursuit of a college degree, eventually achieving her MBA.  Since her years in the Air Force, she has worked as a Claims Manager, a Business Analyst, an Editor, and a Web Page Designer, filling several roles, such as Fraud Investigator, Auditor, Graphic Designer, and Marketer.  Lark’s passion for writing manifested in elementary school, but she waited until she was in her 20’s to pursue her passion. Now, she writes and assists other authors in fulfilling their dreams full time.  Lark's interests are broad. She likes her fantasy dark and her romance steamy! She plays Magic: the Gathering and LOVES going to cons and interacting with fellow geeks.

Currently, she is writing contemporary romance and is in contract negotiation to develop a sitcom she has been working on.