Today I thought I'd tell you about 7 of my favorite characters in my favorite genre...mystery.  I just bet a lot of you will be familiar with them.

My Mystery Friends & Their Creators

McDonald wrote 21 books about Travis McGee, a "salvage consultant" who lived on a houseboat called The Busted Flush.  He was a hunk, carefree, moral and I was always convinced he had a beautiful tan. In my mind he was that rugged kind of beautiful and handsome at the same time.  I hate to re-read books but I may have to do all of these again...

Crais wrote about Elvis Cole who called himself the "World's Greatest Detective". Elvis is a Vietnam Vet, Tough guy; nice guy. Truly an unorthodox smart-ass P. I. Friend of tough (and a little scary) Joe Pike.  Has a Mickey Mouse phone and a Pinocchio wall-clock. in his office.  Conscientious and tough under all of his bluster. I have no real picture of him in my mind except tall and maybe even a little awkward but stronger than the bad guys. Sort of Gomer Pylish.  I love him though. 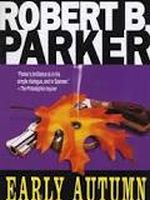 Parker created Spenser as a tough, ex-boxer, ex-cop, smart-mouth, loveable, educated, gourmet cook with a steady girlfriend.  I loved his pal Hawk just as much as I loved Joe Pike.  To me Spenser was just as handsome and debonair as I am sure Stuart Woods' Stone Barrington must be. In fact, I may have to go back and read these again too. There's never enough time is there...sigh.

Box created Joe Pickett as a good, honorable man with a beautiful family saving our world one poacher and one bad guy at a time.  This sounds boring but in my mind Joe Pickett looks just like a happy family man. No smart mouthing in Joe Pickett's house. I have loved all of this guy's books and I think a huge reason is because he always wants to do the right thing. Truly a good guy.

Kinsey Milhone - Sue Grafton  (1940-2017) We lost a great author in Sue Grafton this year. Famous for her "alphabet series"

Another ex-cop turned P.I., Kinsey Milhone lives over a garage in a beautifully designed tiny apartment.  She lives there because the first garage was burned down and not because her landlord Henry is a baker. Someone tried to kill her and it wasn't the last time.  Henry's like family and bakes breads, and goodies to dream for.  In his 80's he sounds like the sexiest octogenarian ever.  Kinsey seems to have different boyfriends on and off but that's because there has been a book for every letter of the alphabet except Z.  Kinsey reminds me of a grown-up Nancy Drew...least in my picture of her.


Matthew Scudder - Lawrence Block  (born in 1938 and still living; has published more than 50 novels and more than 100 short stories)

Matthew Scudder is another ex-cop who does favors for friends.  An alcoholic down on his luck.  There are eighteen of these great Matthew Scudder books, every one of them great in my opinion. In my mind...Matthew looks like a handsome guy obviously having lived a hard life.

Here's from Lawrence Block: “I started writing about Matthew Scudder in the mid-1970s, and it’s been a great pleasure watching him grow and evolve over the years. An aspect of the realism of the series is that Scudder has aged in real time; he’s forty years older than he was when I started chronicling his fictive existence. If I have one piece of advice for y’all, it’s this: "Don’t age in real time. I’m talking about you, not your characters. Slow down. What’s the damn hurry?”

Out of work newscaster (out of work because her face is getting older, like mine). Ali Reynolds is a strong character. After leaving her cheating husband and taking her son to Arizona, (she has a great son) she meets an out-of-site computer geek that causes them to try and help people.  I guess I love the high-tech stuff.  In my mind she looks like just like the cop on  Castle.  Don't know why except it's what I have in my mind.

Woods created Barrington as polished, wealthy, educated, a very successful lawyer and yet another ex cop who left the squad
because he wouldn't follow orders.  Kind of lives like the "jet set" and always has a new woman in his bed.  Books are getting a little "spicy" but I've still read every one and still will as they come out.  No question he looks like a younger James Bond to me mixed with Remington Steele.


You might already have realized that favorites of my Mystery Friends tend to be tough, smart-mouthed P.I.s but I've tried to be a little fair and add some pretty spectacular women.  There are lots more of both sexes.  Do you have some favorites?