They’re brothers in arms, Navy SEALS
risking their lives for their country . . . and the women they
love.

This is Luke Harding’s story.

Six months in a desert hellhole taught Navy SEAL Luke Harding things he never wanted to learn about life and death. Only tender memories of the beautiful brunette he met a few weeks before his deployment helped get him through the torturous days and nights. Back in the States after a perilous rescue, physically and emotionally damaged, Luke’s about to plunge into a new kind of war. In a seemingly bucolic Idaho town, Sally Duncan faces real—and unpredictable—danger.

All Sally ever wanted was a safe place to raise her nine-year-old daughter. Her identity hidden behind a façade of secrets and lies, can she trust Luke—a man she barely knows—with the truth? Even as they give in to long-denied passion, a killer with a personal vendetta is setting an ambush that will leave them praying for a miracle and fighting for the future they may not live to see.

EXCERPT
Luke stepped from the shower and made quick work of drying off before wrapping the towel around his waist. Sandy-colored clumps of wet hair stuck out every which way as his image stared back at him from the mirror. He raked his fingers through the strands, in serious need of a haircut, and called it good. Grabbing the shaving cream from his kit, he applied it evenly to his whiskered face and dragged the razor down his rough skin, systematically shaving from right to left. He paused for a heartbeat when he heard a knock.

“Be right out.” Luke turned the water on as hot as he could get it and let it run. Jen probably had to use the bathroom. He’d throw on some clothes and finish up in here later. A smile formed beneath what was left of the shaving cream. There wasn’t much he wouldn’t do for that little girl.

An instant later the door opened behind him, and the razor went still in his hand.

He stared at Sally’s reflection in the steamed-over mirror. Her in that damn shirt of his, leaning against the bathroom door, both hands behind her back. A good deal of shapely thigh led his gaze to well-toned calves. He followed them down to pretty pink toenails on bare feet. Did she know what coming in here like that would do to him? He took the last two swipes of shaving cream off with the razor, rinsed his face in the hot, running water and patted it dry. Barely able to swallow and momentarily unable to form an articulate sentence, he turned slowly.

Her blue eyes went wide as her gaze dropped below his waist, immediately answering his unspoken question. Evidently, she could see the hard-on he sported beneath the form-fitting towel that hugged his hips.

He took a step toward her. “Sally?” That was all he managed to force from his mouth. It sounded more like a command than the question with which he’d intended to rule out the possibility something was wrong.

A secretive smile played on her lips as she brought one hand up and raised it in front of her with a dismissive shake of her head. “I’m sorry. I don’t know what I was thinking. This can wait till you’re finished.” Her gaze dipped once again to the towel draped around his hips, and she swiveled with a hand on the doorknob.

Oh no. Hell no. He wasn’t letting her escape that easily. He was damn sure she’d stepped out of her comfort zone for a reason and her baby blues were daring him to find out why. He closed the gap and caught the door as she opened it a sliver. Peering through the opening, he saw Jen, still intent on her game. A glance toward the motel room door confirmed that the dead bolt was thrown and locked. They could have a few minutes of privacy.


AUTHOR Bio and Links:  Dixie will be awarding $30 Amazon or B/N GC to a randomly drawn winner via rafflecopter during the tour (see below).

Dixie Lee Brown lives and writes in Central Oregon, inspired by gorgeous scenery and at least three hundred sunny days a year. Having moved from South Dakota as a child to Washington, Montana and then to Oregon, she feels at home in the west. She resides with 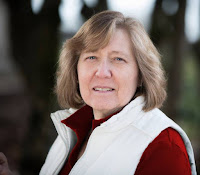 two dogs and a cat, who are currently all the responsibility she can handle. Dixie works fulltime as a bookkeeper. When she's not writing or working, she loves to read, enjoys movies, and if it were possible, she’d spend all of her time at the beach. She is also the author of the Trust No One romantic suspense series, published by Avon Impulse.