Tail of the Dragon

This post is part of a virtual book tour organized by Goddess Fish Promotions. Connie di Marco will be awarding a $20 Amazon/BN GC to a randomly drawn winner via rafflecopter during the tour. Click on the tour banner to see the other stops on the tour.

San Francisco astrologer Julia Bonatti never thought murder would be part of her practice, but now, Julia’s former boss and current client has asked for help. He has serious problems at his law firm. Three people have received death threats and the only common denominator between them is a case long settled -- the infamous Bank of San Francisco fire. Julia’s convinced a woman is behind the threats, perhaps even the widow of the man who died in that same fire, but no one wants to believe that astrology could provide a clue. Before Julia can help her client, two lawyers are dead and her own life is threatened. Can she unmask the killer before he (or she) takes another life?

The walls of the restaurant were red with dark wood wainscoting. Heavy drapes hid the private rooms from view. Without warning, the lights dimmed and two waiters entered carrying a birthday cake sizzling with little sparklers. My grandmother Gloria gasped. “Oh, no, you didn’t!” The waiters placed a single candle in the middle of the cake and began to sing happy birthday off key. We all joined in. Then we heard drums and a trumpet and cymbals as the lights dimmed even more. The dragon’s head was followed by a train of scaly cloth supported by men whose black clad legs and feet were visible under the body of the dragon. Three musicians followed the dragon as it danced around our table, the dragon’s head moving up and down and sideways, serenaded by clashing cymbals, drums and trumpet bursts. The noise was deafening in our small room. Gloria held her hands to her ears but she was laughing. The dim lighting, the sparklers and the clanging and banging of the instruments sent shivers up my spine. The dragon represents celebration but still, there was something sinister in the eyes and fangs of the huge papier-maché head. The men made three passes around our table and finally exited, the dragon’s head last, as the men danced backwards. 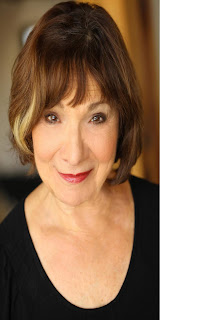 Connie di Marco is the author of the Zodiac Mysteries from Midnight Ink featuring San Francisco astrologer Julia Bonatti. The Tail of the Dragon, third in the series, will be released on August 8, 2018.

Writing as Connie Archer, she is also the author of the national bestselling Soup Lover’s Mysteries from Berkley Prime Crime. You can find her excerpts and recipes in The Cozy Cookbook and The Mystery Writers of America Cookbook. Connie is a member of MWA, Sisters in Crime and International Thriller Writers.