About Bedeviled:
If You Build Your Love on Lies, You Better Run Faster than the Truth
Newly appointed Finance Director, Charlotte Roche escaped dangers lurking in Boston by moving to Chicago. A new name, a new beginning - all built on lies. Believing she is safe, Charlotte drops her guard and sets her sights on her ruggedly handsome and wildly sexy running partner, Alexander Gaines. Can she advance their relationship from the track to the bedroom and still maintain her charade? or will Alex's probing questions pierce her carefully rehearsed story?

Alex, with unrevealed secrets of his own, struggles to hold the irresistible Charlotte at arm’s length. But when Charlotte sustains a suspicious injury, Alex seizes the opportunity to cuddle up to the sassy beauty. Does he dare risk his reputation, his fortune, his friends, and his heart by letting her get close?

How can they build a bond with deceit on both sides? With exposure imminent, their freshly forged relationship is in jeopardy and so are their lives. Can their love survive or are they bedeviled?

Join Alex and Charlotte, in this steamy romance, the third in the five-star rated Beguiling Bachelor series. The suspense builds as the characters you’ve met and loved in “Bedazzled” and “Beholden” help tackle the maze of half-truths and cover-ups threatening the lovers.

Keeping his mind on the topic always took all of Alex’s effort anyway. When Charlotte sat hip-to-hip with him as she had today, he felt the heat of her skin, saw the long length of thigh exposed in front of him, heard her heavy post-run breathing until he was in sensory overload. She smelled so good, not stinky and sweaty like he must. She smelled classy and expensive with all those clean, floral scents. She smelled like a woman he could trust.
More like a woman I want to trust.

Thinking back, Alex recognized that she had been hiding something all along. When he wasn’t lost in a sensual fog, he was able to zero in on where the conversations lagged, when she got testy with his probing or tried to change the subject. It had something to do with her life in Boston before she moved to Chicago and it was something that had been going on for a while. She was practiced at her excuses by the time she used them on him. She was making too many trips back East for ‘Harvard stuff.’ She had met Regan Howe through this same ‘Harvard stuff’ yet Regan went back to her alma mater only once or twice a year, if that.

Oh yeah, Charlotte is definitely up to something and I intend to find out what. I have been patient long enough.
Sitting waiting now for Charlotte to arrive at Starbucks, Alex promised himself that he would get to the bottom of this or walk away.
Since she had declined his offer of a ride, Alex currently sat at a shady outside table enjoying the last of summer, waiting for her to walk over and speculating on her possible secrets. He was planning his subtle interrogation during the few minutes Charlotte would need to make her way across the park,
Stubborn. She should have just accepted the ride.

You driving over or walking?” she had asked him, once they caught their breath.
“I have the car if you want a ride?” When she hesitated, he tried tempting her. “I have the new car.”

Alex was the proud owner of a brand new Mercedes AMG. The sleek, luxury sports car suited him despite most people’s image of him as logical, conservative and staid. The need for speed was actually deep in his blood. “You will love it, tight on the curves, fast and quiet. She purrs,” he had bragged.

Charlotte hesitated on his last remark and Alex had been sure she would accept. “The new car, huh?” she sounded intrigued. “I am excited to see it at last, Alex. You have certainly been talking about it long enough.”

“I need to walk off this tight hamstring, so I’ll have to pass this time,” she had replied reluctantly. “Meet you there in five.” Of course, Charlotte had been Charlotte, and that included being unpredictable.

Charlotte, leaving Alex standing there, had taken off across the park without a backward glance. Alex stood dumbfounded a moment, watching her slow jog-walk toward the trail across the grassy lawns of Lincoln Park. She was heading directly toward their usual post-run Starbucks and if he didn’t get moving, she would be there first.
Still he stood, willing her to look back and flash him that smile that changed her whole face. She didn’t, of course, and Alex was left standing there, admiring her lithe figure and the smooth bunch and release of her muscles in those tiny running shorts as she moved into the distance. Reminding himself to close his gaping mouth, Alex jogged to the parking lot, trading an extra moment of admiring a beautiful woman for a few short moments admiring his beautiful new car.

Arriving at the coffee shop several minutes before Charlotte, Alex was forced to cool his heels. He spent the time piecing together anything he could think of to uncover Charlotte’s deep, dark, secret. Admittedly, he needed the ten-minute head start away from her to give his overheated blood a little cooling time too. He kept envisioning the two of them in that sweet ride, sitting close with their sweat-slicked bodies. The image had intensified the jolts of.electricity already coursing through his veins from running beside her scantily clothed body.

Too bad she turned me down. One of these days we will be in tight quarters, all alone, and I will make my move. I have resisted too long already.
Since the mention of her tight hamstring, all Alex could think about was massaging her leg, and moving up from there. Did the woman not understand what she was doing to him? After all, he was a healthy red-blooded man. How long was he supposed to watch her round little ass wiggle in front of him, or the glide of muscles in those incredible legs – or 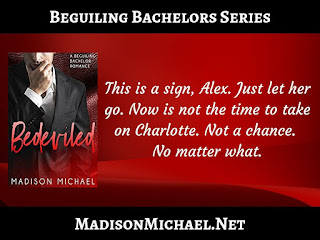 OMG – her breasts bob up and down in those little running tops. The woman was killing him. He wanted her so badly he could taste it.

He chided himself to stop thinking of her that way, as he always did when he lusted after her. He would catch himself wanting her and repress the overwhelming sexual response that had plagued him since the beginning. She was so much more than just beautiful and sexy. She was a brilliant woman, funny, witty, complex and delightful. She considered him a running partner, and a friend…
…but that body, oh, that body. Stop it!

Alex determined to stay focused on what she might be trying to cover up and got his desire under control. He reviewed the signs – when she changed topics or failed to make eye contact. He carefully dissected her words while he waited for her to arrive. He knew she was being intentionally elusive. Alex resolved again that today would be the day he found out what she was concealing, beginning as soon as she arrived.
Speaking of arriving, Charlotte should have shown up long before now. She would have, unless something had happened. How long had he been sitting, pondering? How much time had passed?

Heart racing like a freight train, Alex ran into the park. Unsure why, he was terrified of what he might find.


Madison Michael is an indie publisher, blogger and the author of the Beguiling Bachelor Series as well as the novella Desire & Dessert, from her sizzling B&B Billionaire Bachelor 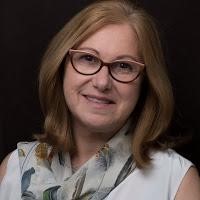 After receiving a BA in Journalism from the University of Illinois and an MBA from Loyola University of Chicago, Madison abandoned her writing to find her way in the corporate business world. Daughter of a librarian, it was inevitable that she would return to the world of books.

Maddy writes from high above Chicago where she can stare at its gorgeous skyline or the shores of Lake Michigan surrounded by feline assistants. When she is not writing,, Maddy can be found lost in a book, fighting for the rights of the mentally iil or dining on Chicago’s famous cuisine. Hot dogs and pizza, anyone?