This post is part of a virtual book tour organized by Goddess Fish Promotions. The author will be awarding a $25 Amazon/BN GC to a randomly drawn winner via Rafflecopter. Click on the tour banner to see the other stops on the tour. 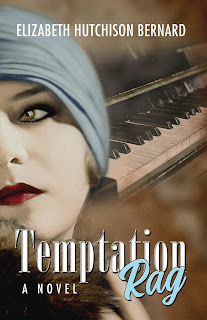 The world of ragtime is the backdrop for a remarkable story about the price of freedom, the longing for immortality, and the human need to find forgiveness. Seventeen-year-old May Convery, unhappy with her privileged life in turn-of-the-century New York City, dreams of becoming a poet. When she meets the poor but talented Mike Bernard, an aspiring concert pianist, she immediately falls in love. But after their secret liaison is discovered, neither is prepared for the far-reaching consequences that will haunt them for decades. From vaudeville's greatest stars to the geniuses of early African American musical theater, an unforgettable cast of real-life characters populates this richly fictionalized historical saga.

The women making their way down the avenue, cheeks glowing from the cold, eyes burning with conviction, came from every stratum of society, the wealthiest to the poorest. This was no picket line, no stubborn demonstration by a handful of militants hoping for a small headline in the morning paper. This was a force to be reckoned with, a force to which the politicians in Washington would have to answer, sooner or later. These women were betting on the numbers; there were too many of them to ignore.


But despite the impressive turnout, the suffragettes were clearly outnumbered. The street was lined with tens of thousands of onlookers, some only curious but others intent on undermining the women’s morale. They included men of all descriptions, from common laborers in canvas and khaki to office types in overcoats and gray bowlers. Men presumably with loving mothers and sisters, devoted wives, obedient daughters. Men who no doubt considered themselves inarguably civilized but, in the blink of an eye, had changed into quite the opposite. Their relentless heckling was predictably rude, shockingly hateful.


The arrogance of these ill-mannered naysayers only served to harden May’s resolve. But their voraciousness made her nervous. The policemen stationed along the parade route didn’t seem to be taking their assignment too seriously. Rather than pushing back on the crowd, they appeared perfectly happy to let the worst of the rabble-rousers do whatever they wished. Already a few had crossed the line that separated spectators from protesters, the authorities either unaware or simply choosing to do nothing. 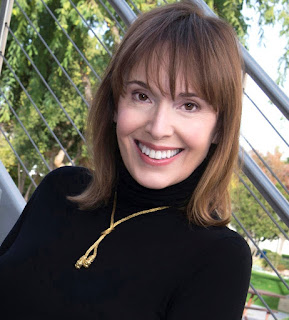 Elizabeth Hutchison Bernard is an award-winning author of historical fiction. Her debut novel The Beauty Doctor is an historical thriller that takes place in the early days of cosmetic surgery, when the world of medicine was a bit like the Wild West and "beauty doctors" were the newest breed of outlaw. The Beauty Doctor was a finalist for the Eric Hoffer Book Award, National Indie Excellence Awards, AZ Literary Awards, and is a Medallion Honoree of the Book Readers Appreciation Group. Bernard's second book, Temptation Rag: A Novel, immerses readers in the bawdy atmosphere of vaudeville and early 20th century African American musical theater. Publishers Weekly wrote "Bernard's resonant novel . . . about the birth and demise of ragtime . . . is a lively tale in which romance and creative passions abound." Temptation Rag is a Readers' Favorite 5-star pick and a Medallion Honoree of the Book Readers Appreciation Group. For more about the author and her books, and to follow her fascinating historical fiction blog “Style and Substance,” visit


Both the author's books will be $0.99 during the tour

TEMPTATION RAG and THE BEAUTY DOCTOR