This post is part of a virtual book tour organized by Goddess Fish Promotions. Rosemary J. Kind will be awarding a $30 Amazon or Barnes and Noble GC to a randomly drawn winner via rafflecopter during the tour. 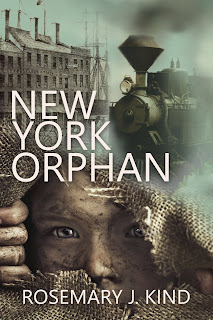 From fleeing the Irish Potato Famine, to losing his parents on the ship to New York, seven-year-old Daniel Flynn knows about adversity. As Daniel sings the songs of home to earn pennies for food, pick-pocket Thomas Reilly becomes his ally and friend, until he too is cast out onto the street.

A destitute refugee in a foreign land, Daniel, together with Thomas and his sister Molly, are swept up by the Orphan Train Movement to find better lives with families across America. For Daniel will the dream prove elusive?


How strong are bonds of loyalty when everything is at stake?

read an excerpt...
“Oh, Miss Ellie, Miss Ellie…” Molly was panting hard as she ran up the steps of the guest house, calling for her friend. “Oh, you’ll never guess what.” Her hands were shaking uncontrollably and she was gasping for air.

“Sit down, child, and start from the beginning.”

“It’s Daniel. Oh, Miss Ellie, he needs our help. I do believe the good Lord has sent us to him in his hour of need.”

“Whatever has happened?” Ellie guided Molly to sit upon the settle.

“I was in the town… wondering whatever we should do. Oh, it’s dreadful!”

Miss Ellie quietly rose and left the room, returning only a minute or two later with a tray of tea. “I’d just asked for this to be prepared when you came back. It looks to me, girl, as though you’re in need of it.” She poured the tea and held the cup to Molly’s trembling hands.

Molly sipped her drink, sat back, took a deep breath and began again. “Daniel is in prison, Miss Ellie. Whatever are we going to do?”

She told Miss Ellie the tale of how she’d met Ben and then how he’d gone to make enquiries. “Anyway, one of the Deputies was there and he told the man about Daniel.”

“Lord have mercy, whatever has he done?”

“He ran away from that dreadful man we met at the farm. Oh, how can one man think he has the right to own another in these times?”

Rosemary J Kind writes because she has to. You could take almost anything away from her except her pen and paper. Failing to stop after the book that everyone has in them, she has gone on to publish books in both non-fiction and fiction, the latter including novels, humour, short stories and poetry. She also regularly produces magazine articles in a number of areas and writes regularly for the dog press. 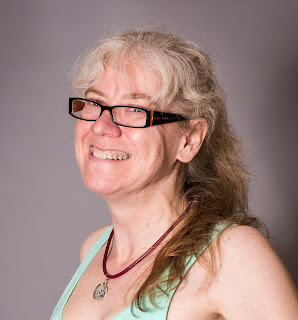 As a child she was desolate when at the age of 10 her then teacher would not believe that her poem based on ‘Stig of the Dump’ was her own work and she stopped writing poetry for several years as a result. She was persuaded to continue by the invitation to earn a little extra pocket money by ‘assisting’ others to produce the required poems for English homework!

Always one to spot an opportunity, she started school newspapers and went on to begin providing paid copy to her local newspaper at the age of 16.

For twenty years she followed a traditional business career, before seeing the error of her ways and leaving it all behind to pursue her writing full-time.

She spends her life discussing her plots with the characters in her head and her faithful dogs, who always put the opposing arguments when there are choices to be made.

Always willing to take on challenges that sensible people regard as impossible, she established and ran the short story download site Alfie Dog Fiction for six years building it to become one of the largest in the world, representing over 300 authors and carrying over 1600 short stories. She closed it in order to focus on her own writing.

Her hobby is developing the Entlebucher Mountain Dog in the UK and when she brought her beloved Alfie back from Belgium he was only the tenth in the country.

She started writing Alfie’s Diary as an Internet blog the day Alfie arrived to live with her, intending to continue for a year or two. Thirteen years later it goes from strength to strength and has been repeatedly named as one of the top ten pet blogs in the UK.