This post is part of a virtual book tour organized by Goddess Fish Promotions. Edgar Swamp will be awarding a $10 Amazon/BN GC to a randomly drawn winner via rafflecopter during the tour. 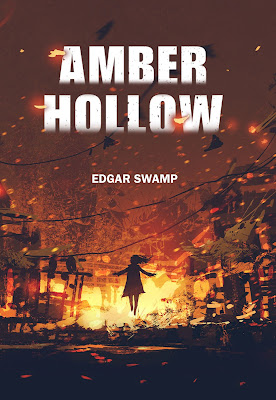 On July 15, 1991, an isolated village in Northern Wisconsin is ground zero for an unprecedented, fiery tragedy. Of the community's 600 residents, there are only five survivors. Detailed accounts by the victims contradict each other; the only link is a man named Anthony Guntram, but because he is presumed to be dead, this claim can't be verified. Further investigations reveal a culture enshrouded in mystery. What are the survivors hiding?

Only the villagers know the secret of Amber Hollow, a place where sanity is checked at the town line and the parameters of reality become blurred. An unconventional horror story by design, Edgar Swamp delivers an action-driven page-turner that will keep readers guessing until the calamitous ending.

read an excerpt...
“I’m not going back!” the woman screamed, her eyes rolling in terror. “You hear me? I’m never going back!”

“We understand,” Sadie said, approaching carefully from the opposite side of her partner, although her reply couldn’t have been farther from the truth. So far, she didn’t understand anything. However, she knew for certain that this woman’s passing wouldn’t do them a damn bit of good at getting to the truth. They needed to keep her still so she wouldn’t let go.

“We’re here to help you,” Jeremy said, “in fact, we were on our way to the hospital to visit you, to ask you some questions—”

“You have questions, you can ask Anthony Guntram! It’s his fault, all his fault!”

“I’m afraid we can’t do that, ma’am.” He gazed down, saw a police boat approaching from the mouth of the river. Good timing. “Please, let us help you. Take my hand.”

“I don’t want your help!” she screamed, and in her exertion one of her feet slipped and she almost fell, the only thing keeping her from plunging over the side was her grip on the cable, which apparently was pretty tight. “You can’t help me, no one can!”

“Never,” she croaked in a husky voice, and then she let go of the cable.


This book has a very special meaning to me because it is one of the first times I ever came up with an idea in which I made sure I had a beginning, middle, and end before I wrote a single word. Just before writing this book, I had started and stopped three novels in one year, each for different reasons, but the biggest was that I couldn’t see where the stories would go, and why anyone would care once they got to the eventual conclusion. Once I had the story fully realized, I did choose to layer it with symbolism regarding current events and found a way to incorporate it seamlessly into the framework of the story. This story is dedicated to animal lovers; I am a member of ASPCA and am a monthly guardian (I donate every month). What really made me want to write this particular story is as an homage to my home state of Wisconsin; I’ve written several books but I’ve never written one that takes place there…oops, well, with the exception of my very first novel, but it was so bad that it doesn’t even deserve a passing mention, although I guess I just did!

Where do you get your storylines from?
Some of my best ideas have come straight from newspaper headlines. My first novel was inspired by reading a headline that said something like: “Garbage patch three times the size of Texas located five hundred miles off of the California coast.”  In an instant I had my idea: A group of people get stranded on an island of garbage and have to fight the mutant humans and animals in a struggle for survival. For “Amber Hollow,” I simply wanted to create an episode of mass hysteria that kills an entire village practically overnight, and the mystery throughout the book would be, “What the heck happened?” Initially, I wanted to make it an idea that was plausible in the real world, but when I couldn’t find one, I decided to make it a horror novel.

Was this book easier or more difficult to write than others?  Why?
This book was so thoroughly planned out that starting it wasn’t a problem…it was trying to find a hook to bridge everything together. Despite my claim that I had a beginning, middle, and an end, I really didn’t know how I was going to bring the creepy to the village I created, how I was going to develop the story for the readers so that I could slowly leak out the details until the reveal at the end. One Saturday, when I had a day off, I came up with an idea that came (like good ideas do) right out of nowhere, and I worked on it all day, came up with maybe 20 pages that became the reveal, and developed the idea of how to do it, what kind of motif, if you will. It is why I say that there are elements of fantasy in this novel because of the ideas that came out of that single day-long session. After I came up with that idea, the book got a whole lot easier, but there are always things you don’t plan on, so “easy” is a relative term.
Do you only write one genre?
I have self-published four novels in four different genres: horror, science-fiction, crime caper, and mystery. Because I am still working on garnering an audience, I can write in any genre I want because I don’t have a fan base to cater to! Unfortunately, that is what I am trying to do, so with each novel I was experimenting to see what people like. I’ve found that I’ve had the most interest in my horror novel and “Amber Hollow,” the mystery/horror/fantasy novel. I really enjoying writing comedy, too, and so every one of my books is infused with humor. I’ve always wanted to write a straight up comedy, but an editor I talked to at a writing convention in San Diego told me that humor is a very hard sell, and unless you are a professional comedian/TV host/etc. with a solid platform (an audience who already follows you) its easier to break into publishing with a mystery/horror/science-fiction/drama novel. Well, it hasn’t been easy, hence my decision to self-publish, but humor is lurking in all of my books!

Give us a picture of where you write, where you compose these words…is it Starbucks, a den, a garden…we want to know your inner sanctum?
I have a wonderful desk I bought at Home Depot that I put together myself, and a comfortable office chair I bought used for $20, in a spacious, comfy room with plenty of natural sunlight. However, because of my job, I am seldom there to use it! I do most of my writing away from home, so any quiet place is a perfect spot for me to write. “Amber Hollow” was written almost entirely anywhere except for my house, but I am not a coffee shop writer; I am too much of a people watcher to get any real work done in public except for at the library. So, where does this writing get done? I am a professional pet sitter, so I do it at all the houses I stay at. “Amber Hollow” was primarily written between three houses, two of which there are only cats (nice and quiet) and one with two cats and a dog who barks every time someone walks by the front door! He’s a good boy though, and he lets me get my work done as long as I take him for nice long walks.

And finally, of course…was there any specific event or circumstance that made you want to be a writer?
I have always been a natural storyteller; I can’t simply tell someone, “Hey, I went to the store, and I saw this guy try to steal a cantaloupe…” I’d have to explain how I got to the store, and my mood at the time, and how many people were there, and what the guy was wearing, and how the store security dragged him out kicking and screaming… I can embellish anything to the point of ridiculous. That said, the first stories I ever wrote I recall writing them to try and gain someone’s favor, in one case the attention of a girl I liked. It didn’t work, but the seeds were sown, and I’ve been writing stories, novels, song lyrics, poems, essays, and rants and raves ever since!


This book is only $0.99 on Kindle: https://www.amazon.com/Amber-Hollow-Edgar-Swamp-ebook/dp/B07V9BT3JG/

Edgar Swamp is the author of the “Gyre Mission,” “Glitch in the Machine,” and “Blackout.” His short stories have appeared in Alienskin, Macabre Cadaver, and Urban Reinventors. When he isn’t holed up in his office playing online poker, he 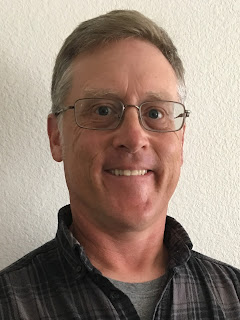 likes to dig up the recently deceased and make furniture out of their skin. He lives and works in San Diego, California.

Are any of the people in your book based on people that you know?

Thanks for allowing me to host, and my villain is loosely based on a political figure; I can’t say who! I hope you all enjoy it!

Glad to host your book. Best of luck with it. 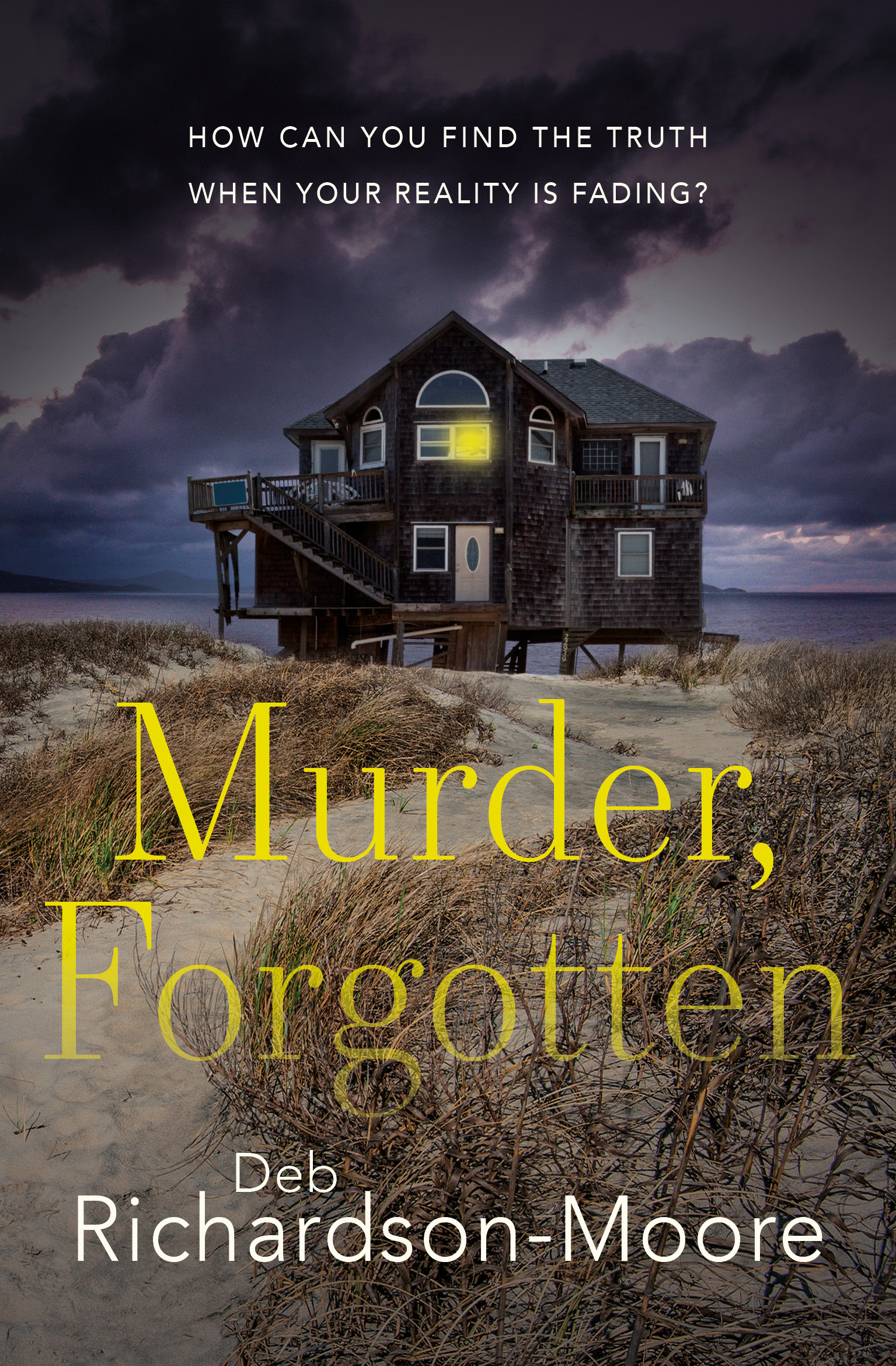