Welcome to the Apocalypse

"Players. Welcome to the apocalypse"

Book One – Pandora:
The Apocalypse Games is a state of the art virtual game, yet when it traps over 100 players inside, there’s reason to worry – their simulation pods are designed to last 3 days and the artificial intelligence is taking over.

Book Two – CyberNexis:
When rescue finally arrives, the players are transported to an offsite facility to recover from cyber sickness. Not all the players survived and not all is what it seems. What is CyberNexis hiding out in the desert?

Book Three – Primal Scream:
The disaster known as The Event has plunged the world into icy darkness. Humans can’t survive but a group of mutants can. All signs lead back to the simulation pods. What were they really designed for?

Join these characters on an emotional and fast-paced journey to explore what it really means to survive.

Jack Minnow grabbed a brochure off the rack and his eyes scanned the back page. "It says here that rule breakers are ten times more likely to survive an apocalypse. They're adaptable and they rely on cunning and instinct."

Jack was five-foot-eight, and the woman behind the counter, called an operator, was easily six-feet tall. Looking at her was like looking at a marble statue atop a pedestal. All white – her hair, her tight-fitting jump suit, her face, neck, and hands, painted to resemble a computer generated character. He allowed himself to imagine that the stage make-up covered places he couldn't see.

She smiled at him. "It also says that rule breakers are ten times more likely to die within the first hour. They're reckless and often act without thinking."

She pushed a plastic tray towards him, the kind handed out at airports to slip under x-ray machines. Jack dropped his wallet, phone, and car keys into the tray.

"So it's a win/win day for a guy with a superhero complex," he said.

Superman, his mother had called him after he'd brought home a stray dog for the fifth time.
"Can't help but save things," she'd told the dog ranger. Even as a boy, Jack knew what happened to the mutts who were handed over to the ranger, but he still brought dogs home for one last night of fun. His superhero complex was the reason he'd entered The Apocalypse Games. Save everyone. Save the world. Nobody dies. Not for real anyway.

The operator removed the tray and he stood there waiting for a voucher. None came. A warning flared up into his brain. What did he really know about this operation?


AUTHOR Bio and Links:
D L Richardson will be awarding a $15 Amazon/BN GC to a randomly drawn winner      via rafflecopter during the tour. (see below) 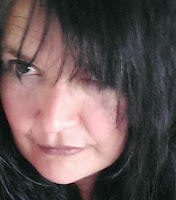 YA novels "The Bird with the Broken Wing", "Resident Spy", and "One Little Spell". She is also the creator of the apocalyptic/sci-fi series "Welcome to the Apocalypse", and the novella series inspired by Tales from the Crypt, "The Shivers Novellas".

A former singer and musician, she credits this stage experience for her ease of public speaking, conducting writing workshops, and appearing on panels. Her books don't feature the usual tropes and this has earned her many loyal readers.

When she's not writing she enjoys playing music, watching Netflix, reading, gardening, and walking the dog.