Why would a rich girl become a prostitute?
Three years ago Joy refused to sleep with an ex boyfriend. When he committed suicide, her guilt was enormous. To punish herself she opted to serve as a prostitute for three years.

How far would you go to protect your child?
Cora loves her convict husband despite - or because of - his bad boy ways. But now that he's back in her life, she has their daughter to consider. Is a faulty father better than no father at all?

A serial killer…
A serial killer who murders women and displays their bodies dressed in a white sheet with a fencing mask covering the face. Who will be next?

EXCERPT
Zero’s shared office at the police station looked bleaker than usual. Not even nine o’clock and the morning was already too full of coffee and too scant on breakfast. After three hours in bed, Zero had chosen an extra fifteen minutes of snoozing instead of muesli and shower. She was regretting the no-muesli decision.

“So,” Zero said. “I got that list of psycho reasons for wanting to kill prostitutes.”

Kath raised her eyebrows. “Thought you’d get too sucked into the TV to do any work.”

Of course she did.

“Didn’t even switch it on. Used the Internet. According to Dr Google, scenario one is we could be looking at a man who has issues with women as such. He hates women and wants to hurt them, and the prostitute is simply an easy option. We’ll call him Bitter Boy.”

“The second scenario is that he despises prostitutes specifically. The attacks could be his mission to rid the world of women who, in his eyes, are morally unacceptable.”

“The Missionary.” Kath got up, reached for a blue marker and printed the two nicknames on the whiteboard, right below the photos and names of the two victims. Rebecca Mahoney, also known as Raven. Stella Baxter, a.k.a. Sirocco.


AUTHOR Bio and Links:  Yvonne Walus will be awarding a $20 Amazon or Barnes and Noble GC to a randomly   drawn   winner via rafflecopter during the tour. (see below)

You won't believe this, but when I'm not a novelist I'm actually a Doctor of Mathematics. A business and data analyst. A wife and a mother. Most of all though - I am a writer (in several languages) hoping to change the world one book at a time. 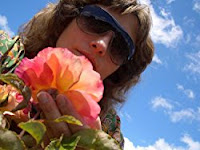 My heritage is inter-continental. I was born and raised in Poland. When I was twelve, my family and I emigrated to South Africa. Your teenage years are usually your formative years, so it’s no surprise I consider South Africa my second homeland. For the past twenty years, I’ve lived in New Zealand, and people ‘back home’ tell me I’ve become a real Kiwi.

Crime fiction is my passion. My childhood hero was, predictably, Hercule Poirot. I've changed my mind several times since, and for a time I was totally into Harlan Coben's super-rich super-able Win (Windsor Horne Lockwood), but my current favourite is Benedict Timothy Carlton Cumberbatch… I mean, Sherlock Holmes.

Here’s a link to the promo video for my latest book: http://stairwaypress.com/book/serialwives/.