THE WORST THING THAT CAN HAPPEN

If asked, Gwendolyn Ballard would admit she co-parented her best friend Chloe's son, Cameron. Now Gwen is all he's got as they flee from the man who murdered his mother. There's only one place Cameron will be safe, and that's with his uncle, Elijah MacElvoy. Arriving on his doorstep at the Broken Arrow Ranch is a desperate decision, and Gwen knows he'd slam the door in her face if she didn't have his nephew with her. But she'll do anything for Cam, even if it means putting up with Elijah's distrust and judgment.

Chloe's dead. Cam's orphaned, and Elijah is confronted with the prospect of living with the one woman who's driven him crazy for the past ten years. He'll fight to keep her safe. That's encoded in his DNA. But can he trust her with a little boy who just lost his mother? As Eli watches how Gwen loves and cares for his nephew, he reevaluates his thinking and gives in to the smoldering attraction he felt the first time he saw her. With so much on the line, Eli comes clean about his past, making way for a future that's all about silver linings.

EXCERPT
In the long, drawn-out moment that Eli stared at her, she saw something flicker in his expression. The flint gray eyes she remembered so well seemed to burn over her, his scrutiny like a physical touch. Gwen kept her feet locked to the ground even as the insane urge to turn and run surged through her.

He shifted his gaze to Cameron, then back to her. Cameron’s death grip nearly cut off the circulation in her fingers.

“Gwendolyn.” His deep voice held a timbre that, despite their mutual animosity, had always sent warm shivers down her spine.

“Elijah.” She held her breath as tension swelled, and waited for the door to slam in their faces. He stepped back.

With a mocking look, he opened the door wider. She let out her breath in a shaky sigh. Two dogs, the larger a Rottweiler mix, the smaller a fluffy black and white terrier, sat at alert, the terrier all but quivering in excitement. Stepping into the warm house, Gwen felt the fear and panic she’d been carrying ease a fraction, leaving behind an aching exhaustion. For tonight at least, she and Cameron were safe.

The dogs sat with butts planted. Keeping Cameron at her side, she held out a hand to each of them to let them get her scent.

Nerves jumping, Gwen straightened. She hadn’t seen Eli for over five years and the subtle signs of the passing of time were evident. While he still maintained the rangy, lean build he carried on a tall frame, his face showed fine lines fanning out from narrowed eyes. He wore his straight brown hair longer than she remembered, combed back except for where it fell across his forehead.

His bearing, the way he carried himself, made her think of a cowboy sheriff in the old West, tough and unshakable. After the terror of the past days, she needed someone with that unyielding steadfastness on her side. She really hoped that he would be on her side.

She could see the questions in the hooded eyes, but he didn’t ask why she had shown up at his door.

Cameron gave his uncle a cautious look. Eli must have sensed the boy’s reserve, because he crouched down on one knee. Gwen watched, curious as to how he would interact with his nephew.

“Cameron, this big guy is Bubba, and the little one is Oreo.” Eli’s voice was low and calming.

“Oreo?” Cameron leaned down to pet the little dog. “That’s because he’s black and white, right?” Oreo reached out a tongue to lick his hand.

Cameron flashed a brief smile, one of the first Gwen had seen in days. Eli rose and led them into the room. The entryway opened to a comfortable living room with a large couch and a recliner that invited curling up with a good book. A fire warmed the room from behind a wrought-iron screen, and a large area rug in front of it covered the knotted-pine floor. Even if Eli wasn’t exactly welcoming, his house felt homey.

“What took you so long to get here?” The abrupt question startled her. He had been expecting them? The idea that he had somehow known she would come to him, had been waiting for her, unsettled her, like there was some unspoken connection between them. And that didn’t bear thinking about.

MY REVIEW
Have you ever gone to knock on a door being a little afraid you might not be welcome?  Would you give your life for a child that wasn’t yours? This is sort of a romantic western with some definite suspense and I really enjoyed it.  Actually I read it in a day.  It was a page turner though. By a page turner, I don’t mean it was a thriller by any means; it just had some very good moments as well as that underlying suspense throughout.

The setting is an interesting one, way out where the cattle are lowing and when Gwendolyn or Gwenny, takes her best friend’s son there, she is really uncertain what the reception will be. An interesting set of characters, neither with much family support and both with plenty of stubbornness. These were all well-defined characters and let me tell you what happened to me while reading. I got a little tired of this female being so stubborn and going on and on about wanting to pay her way but two things occurred to me.  This author wrote well enough to touch a nerve with me with just mere words and…I would have been and have been that exact same woman.

Definitely worth a read.

AUTHOR Bio and Links:
Diane will be awarding a $15 in Boroughs Bucks + a copy of Flash Point to a randomly drawn winner via rafflecopter during the tour. (see below) 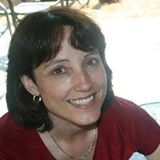 been an avid reader all her life. She enjoys a wide range of genres, from westerns to fantasy to mysteries, but romance has always been a favorite. She writes what she loves best to read – emotional, heart-gripping romantic suspense novels. She likes writing romantic suspense because she can put the hero and heroine in all sorts of predicaments that they have to work together to overcome.

A native Southern Californian, Diane enjoys nothing better than summer. For a high school history teacher, summer means a break from teenagers, and summer allows her to spend her early mornings immersed in her current writing project. With both kids living out of the house, in addition to writing, she enjoys camping and gardening with her husband. Diane loves hearing from her readers.