This post is part of a virtual book tour organized by Goddess Fish Promotions. Barbara Casey will be awarding a $20 Amazon or B/N GC to a randomly drawn winner via rafflecopter during the tour. Click on the tour banner to see the other stops on the tour. 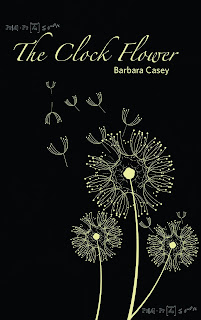 Mackenzie Yarborough, one of the three FIGs—Females of Intellectual Genius—finds herself facing a terrifying death of an ancient evil dragon while in China working on a secret research project and trying to discover the truth of her birth parents.

Carolina Lovel tearfully watched the plane carrying her girls away as it nosed into take-off position. She slowly lowered the sign she had made for the occasion—SEE YOU IN 108 DAYS.

Dara Roux, abandoned when she was seven years old by her mother. Exceptionally gifted in foreign languages. Orphan.

Mackenzie Yarborough, no record of her parents or where she was born. Exceptionally gifted in math and problem-solving. Orphan.

Jennifer Torres, both parents killed in an automobile accident when she was sixteen. Exceptionally gifted in music and art. Orphan.

The three FIGs—Females of Intellectual Genius—as they were called at Wood Rose Orphanage and Academy for Young Women, probably couldn’t even see the sign, but holding it made Carolina feel slightly better about everything. It kept them connected just a little while longer.

As the plane began picking up speed down the runway, Larry squeezed her hand, sensing how she must be feeling. “They will be fine,” he reassured her for the umpteenth time since early that morning. Even though it meant getting one of his teacher’s aides to take over his morning classes at the university in Chapel Hill, he had volunteered to take Carolina and her three students to the Raleigh-Durham airport and be with Carolina to see them off. She had been completely stressed out for days thinking about the FIGs leaving Wood Rose and each going her separate way—to different universities, in different states, and beyond her protective eye. He knew the FIGs were just as stressed out for the same reason.

Carolina watched the plane lift off the ground and point toward the sky. On an impulse, she waved and once again held up her sign until the plane disappeared from view. Then she burst into sobs. Larry knew it was coming. He wrapped his strong arms around this woman he loved, his soul mate that destiny had brought into his life, and held her, realizing that was all he could do. As the son of a Gypsy King, he knew that words simply wouldn’t help.

The past year had been an unbelievably strange journey for them beginning when Carolina was hired to be totally responsible for three “incorrigible,” as the headmaster described them, teenage girls their final year at Wood Rose, all three orphans with intelligence quotients in the genius range. FIGs they called themselves, along with everyone else at Wood Rose—Females of Intellectual Genius. Being only a few years older, however, Carolina immediately filled the role that was more than a mentor and teacher; she became a big sister and friend to the incorrigibles, not finding them that way at all, even if they did occasionally need to express themselves creatively in the middle of the night.

As far as the FIGs were concerned, she was their Carolina; she was one of them—a kindred spirit. And with everything that they had experienced in that brief time they had been together, a permanent bond of love had been forged between them that would intertwine their lives forever.

It all started with Carolina learning that she had been adopted, and then later discovering her birth mother in Italy—a gypsy. Then there was the deadly curse that was placed on Carolina, which eventually led to the connection between a letter she had inherited from her biological father and the most mysterious document in the world—the Voynich Manuscript.

And then, only a few weeks later, they located Dara’s mother in New York City, hiding underground beneath Grand Central Terminal where she lived in some sort of secret subculture with three homeless men. It was remarkable, really, and something that only the FIGs, with their genius and special talents, and Carolina, with the blood of a choovihni—a wise woman who possessed the knowledge of all things through all times running through her veins, could have accomplished. Through it all, Larry had been there for them, offering his support and using his innate instincts as the Gypsy King’s son to gather information that would help them.

Larry held Carolina tighter as her sobs quieted. He would tell her later what Mackenzie had asked him to do just before boarding the plane. After he had a chance to see what he could find out. Meanwhile, Carolina pulled out her phone, thinking about the pact she and the FIGs had made the night before. If any one of them got into serious trouble, they would text the word “Thurgood”—the given name of Wood Rose’s headmaster—to all of the others. That meant no matter what, they would all return to Carolina at Wood Rose, because whatever was going on, Carolina and the FIGs would be able to straighten it out. Together.

Leaving the protective walls of Wood Rose and uncertain about how they could function in any other environment had created a tremendous amount of anxiety for Carolina and the FIGs. So much so that even their creative expressions in the middle of the night had brought little relief to the FIGs in spite of the fact they had caused serious havoc by completely upsetting the natural rhythm of the entire orphanage, not to mention the order of things.

The whole idea of having a pact before leaving Wood Rose and going their separate ways had started out as a silly game to help relieve some of that anxiety—at first. Deciding on the so-called secret code word they would use, however, became a challenge. Dara suggested using a word from Sanskrit, which Mackenzie simply could not pronounce. Mackenzie wanted to use a mathematical term, which Jennifer said she would never remember. And Jennifer wanted to use an obscure musical notation which Dara said sounded more than a little vulgar. It was Carolina who came up with the idea of using the headmaster’s given name “Thurgood.” After all, it was a name none of them could ever forget. With the secret word chosen, the seriousness of what the pact actually meant became more evident and more real; a desperate attempt to keep them connected even when they were apart. And when the three FIGs left Carolina’s bungalow and returned to their dormitory suite that night, knowing what was facing them the next day when they left Wood Rose and would no longer be considered student-residents there, they were glad Carolina had come up with the idea.

As the plane reached cruising altitude, shoulder bags placed under the seats in front of them within easy reach, Dara, seated between Mackenzie and Jennifer, as usual was the first to say out loud what each of them was thinking.

“OK, this is what I think we ought to do.” Arching her right eyebrow, she glanced at her two best friends to make sure she had their attention. “We will give this so-called pursuit of advanced studies a try, even though it means being separated. “But if things don’t work out by winter break—for any one of us—then I say we come up with another plan. A plan where we can be together. Deal?” 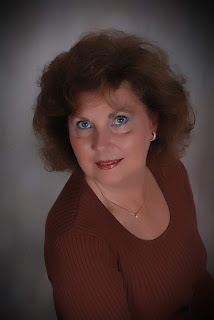 Originally from Carrollton, Illinois, author/agent/publisher Barbara Casey attended the University of North Carolina, N.C. State University, and N.C. Wesleyan College where she received a BA degree, summa cum laude, with a double major in English and history. In 1978 she left her position as Director of Public Relations and Vice President of Development at North Carolina Wesleyan College to write full time and develop her own manuscript evaluation and editorial service. In 1995 she established the Barbara Casey Agency and since that time has represented authors from the United States, Great Britain, Canada, and Japan. In 2014, she became a partner with Strategic Media Books where she is involved in acquisitions and day-to-day operations and oversees book production.

Ms. Casey's two middle-grade/young adult novels, Leilani Zan and Grandma Jock and Christabelle (James C. Winston Publishing Co., Trade Division) were both nominated for awards of excellence by the SCBWI Golden Kite Award, the National Association of University Women Literary Award and the Sir Walter Raleigh Literary Award. Shyla's Initiative (Crossquarter Publishing Group), a contemporary adult novel (occult romance/mystery), received a 2003 Independent Publisher Book Award and also an award of special literary recognition by the Palm Beach County Cultural Council. The Coach's Wife (ArcheBooks Publishing), also a novel for adults (contemporary/mystery), was semi-finalist for the 2005 Dana Award for Outstanding Novel and listed on the Publisher’s Best Seller List. The House of Kane (ArcheBooks Publishing), released in 2007, was considered for a Pulitzer nomination. Another contemporary novel for adults, Just Like Family, was released at Christmas 2009 when it received “Special Recognition from the 7-Eleven Corporation,” and The Gospel According to Prissy, also a contemporary novel written for adults, received a 2013 Independent Publishers Book Award for Best Book in Regional Fiction.

Ms. Casey's award-winning science fiction short stories for adults are featured in The Cosmic Unicorn and CrossTime science fiction anthologies. Ms. Casey's essays and other works appear in The Chrysalis Reader, the international literary journal of the Swedenborg Foundation, 221 One-Minute Monologues from Literature (Smith and Kraus Publishers), and A Cup of Comfort (Adams Media Corporation). Other award-winning articles, short stories, and poetry for adults have appeared in both national and international publications including the North Carolina Christian Advocate Magazine, The New East Magazine, the Raleigh (N.C.) News and Observer, the Rocky Mount (N.C.) Sunday Telegram, Dog Fancy, ByLine, The Christian Record, Skirt! Magazine, and True Story. A thirty-minute television special which Ms. Casey wrote and coordinated was broadcast on WRAL, Channel 5, in Raleigh, North Carolina. She also received special recognition for her editorial work on the English translations of Albanian children’s stories.

Ms. Casey is a former director of BookFest of the Palm Beaches, Florida, where she served as guest author and panelist. She has served as judge for the Pathfinder Literary Awards in Palm Beach and Martin Counties, Florida, and was the Florida Regional Advisor for the Society of Children's Book Writers and Illustrators from 1991 through 2003. She is a frequent guest lecturer at universities and writers’ conferences around the country including the SCBWI Regional Conference, the Harriett Austin Writers Conference in Athens, SIBA (Southeastern Independent Book Sellers Association), Florida Writers Association, and the University of Auburn, Montgomery.

In 2018, Ms. Casey received the prestigious Albert Nelson Marquis Lifetime Achievement Award for her extensive experience and notable accomplishments in the field of publishing and other areas. She makes her home on the top of a mountain in northwest Georgia with her husband and Benton, a hound mix who adopted her.