This post is part of a virtual book tour organized by Goddess Fish Promotions. David Burnett will be awarding a $15 Amazon or B/N GC to a randomly drawn winner via rafflecopter during the tour. Click on the tour banner to see the other stops on the tour. 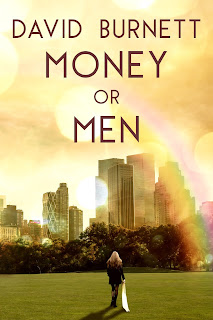 Erin must choose between the money of which she has long dreamed and the man who she has loved. Eight years ago, she chose “loot” when Chris, her former husband, competed for her hand against the god of money. Now, with a promotion within reach, she is poised to take her place among the elite of Wall Street. She will soon be working twenty-four-seven to reorganize a failing company, and she has been ordered to find someone to care for her children.

She has few options, and she reluctantly concludes she must beg Chris for help. She has not talked with Chris, written, texted, friended, private messaged, or tweeted Chris since leaving him, but if he will not keep their children for the summer, she will lose her promotion, and her dream of wealth will vanish.

Opposites had attracted when they had fallen in love. Erin remembers a Chris who was laid-back, satisfied, and, worst of all, unambitious. He seems not to have changed. He lives on a small island with no home mail delivery. He had been an author, but Erin can find nothing he has published since their split.

But Chris’s photo is the one personal item on Erin’s desk, and she still dreams of him when she sleeps. She fears if she asks Chris to care for their children for the summer, she will be drawn back into his world. She will choose Chris over money, “love over loot,” lose her drive to succeed and everything for which she has worked. Her promotion will be denied – and lightning will not strike a second time. How can she send their children to live with him without becoming entangled herself?

Why was her former husband invading her dreams? They had parted ways eight years ago, had laid eyes on each other exactly once since then. They had nothing at all in common. He was a stranger to her now. If her unconscious was insisting she still cared one whit for Chris Stephens then her unconscious needed serious help, because it was distorting her thoughts, urges, and wishes totally beyond recognition.

Why were her father’s sermons echoing in her mind? She had renounced his religion long ago. Beyond that, why was what she was doing so very wrong? She didn’t sleep around. She’d used sex to obtain information, yes. She had gone to bed with men for a good time, as she had tonight, yes. But no one, neither she nor the men involved, had any illusions about love or caring. She didn’t destroy marriages. She didn’t break hearts. No one was hurt. She was more chaste than almost any unmarried woman she knew and more so than a third of those who had husbands.

Her eyes narrowed. Neither of those men would control her, and she knew one sure way to drive them out of her thoughts.

She retraced her steps and stood beside the bed. Their clothes lay discarded on the floor where Tim had tossed them several hours earlier. He lay on his back, asleep, a white sheet covering the lower half of his body, his breathing low and regular, the hint of a smile on his face.

Earlier, Tim had played the hunter, while she had been cast as his prey. Nothing wrong with that game, but if she wanted to control the men in her mind, she must also control the one in her bed.

She would change the rules.

Careful not to wake him, Erin sat on the bed beside Tim and placed her hand on his chest. It felt hard and sculpted, the chest of a body-builder. He had bragged he could lift her weight with a single hand and bench-press three hundred pounds.

With one finger, she traced the outline of his muscles, “pecs,” they were called, pectoral muscles, round, hard muscles that covered the upper part of his body.

Her hand crept lower, slipping across his flat stomach. As the muscles tightened under her touch, Tim’s eyes opened. He placed one hand on Erin’s right arm and raised his shoulders as if he wanted to sit.

Erin gently pushed him back onto the bed. A woman in charge. He would have at least one thing in common with the data analyst.

“I thought you were leaving,” he whispered.

“Just a bad dream. And I’m thinking that if my dreams are going to be bad, then I should find something better to do with my time.”

He smirked. “My thoughts, exactly.” 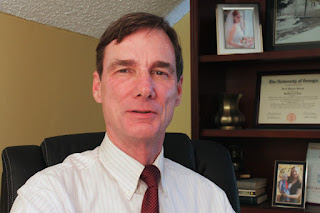 We recently moved to our new home near Charleston, South Carolina. Four of my books are set in Charleston, and I’ve always enjoyed the Carolina beaches. I now have the opportunity to walk on the beach almost every day and to photography the ocean, the sea birds, and the marshes that I love.

I love photography, and I have photographed subjects as varied as prehistoric ruins on the islands of Scotland, star trails, sea gulls, and a Native American powwow. My wife and I have traveled widely in the United States and the United Kingdom. During trips to Scotland, we visited Crathes Castle, the ancestral home of the Burnett family near Aberdeen, and Kismul Castle on Barra, the home of my McNeil ancestors.

I went to school for much longer than I want to admit, and I have degrees in psychology and education. In an “earlier life” I was director of research for our state’s education department.