Seven Sides of Self 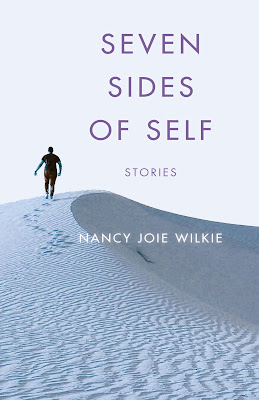 BROOKEVILLE, Maryland – As a musician, artist, writer, and former scientist, Nancy Joie Wilkie’s first collection of short stories is designed to stimulate the intellect and engage the imagination. “Seven Sides of Self” (Nov. 5, 2019, She Writes Press) explores seven aspects of an individual — the storyteller, the skeptic, the survivor, the saint (or the sinner), the scholar, the seeker, and the savior.
Through the lives of the central characters, Nancy examines themes of battling strong emotions, the lengths we might go to for self-preservation and self-sacrifice, the inability to accept things as different, and taking responsibility for what we create.  Each story seeks to contribute something to our ability to better understand ourselves, the world around us, and the conflicts we all face. Original and thought-provoking, these stories will delight any fan of science-fiction and fantasy.


An Interview with
Nancy Joie Wilkie

Actually, the stories really are quite personal.  If you know me well, the collection can be thought of as a scavenger hunt. There are little pieces of me in each of the seven stories — hence the title. As for my creative process, there is no one magic formula. As an example, “An Intricate Balance” came to me while out on a long walk. I got home and started writing — several hours later, I had the first draft of the story. “The Ledge” is based on my longstanding fear of high places. Pieces of “Journey To Pradix” started out as part of another story. “Microwave Man” came about during a long drive with not much to think about. You just never know when the Muses will show up!

My maternal grandfather was an organic chemist. As a youngster, I would watch him work in his laboratory and always thought, “That’s what I want to do when I grow up,” and so I did!  I’m lucky to have known what I wanted to do; not everyone knows their calling. As for the music and the art, I had two musically gifted grandparents and a bunch of mostly older cousins who were musicians, artists, and writers. They were my inspiration. As for a connection, all of these fields are about creating something — taking what one sees or hears in one’s mind or feels in one’s heart and then bringing the thoughts and feelings out into the real world — hence my moniker: mindsights.

Being a distant relative of William Thomson — better known as Lord Kelvin, a major contributor to the Third Law of Thermodynamics — and having been a scientist myself, I have always been interested in the Three Laws of Thermodynamics. After I lost my father to cancer 13 years ago, I started to rethink how I viewed the soul and the afterlife — trying to make some sense of my father’s passing — and then started thinking about our “before life.”  It was then that I thought developing the Three Laws of Spiritual Dynamics would be an interesting analog and might be used in some of my stories. “An Intricate Balance” is really my first venture into that arena. I do plan to more fully explore these ideas in future stories.

One set of stories revolves around the life of an author and are, I suppose, loosely connected (“There Once Was A Man …,” “Microwave Man,” and “Old Mims). A second set of stories is set in an incredibly far future and introduces the reader to Mothersouls and the Oversoul (“The Ledge” and “An Intricate Balance”). “Microwave Man” also introduces the reader to the fictional planet of Aurillia and sets the stage for the events told in “Of The Green And Of The Gold.” Lastly, “Journey To Pradix” and “Old Mims” both portray rather exceptional views of our inevitable transition to an afterlife. The stories were never designed to be connected — it just sort of worked out that way. I do plan to introduce additional stories that also will be loosely connected to some of these same topics.

I actually borrowed that line from a much earlier project with which I was involved. I was in a band that played pretty much all-original music — music that dealt with some socially progressive themes. We would play various benefit shows and eventually released a collection of our songs. When I built the website in support of the band and its music, I came up with the phrase “Original music for original minds.” Back then, I defined “an original mind” as someone who is thinking outside the box, someone with different ideas about things the average person hasn’t really considered. I suppose I still think that’s an adequate description. I’d like to think I have an original mind! 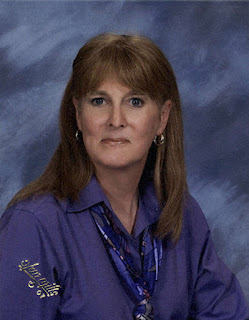 NANCY JOIE WILKIE worked for over 30 years in both the biotechnology industry and as a part of the federal government’s biodefense effort. She served as a project manager, providing oversight for the development of many new products. Now retired, she composes original music, plays a variety of instruments, and records many of her compositions. “Seven Sides of Self” is her first fiction publication. She is currently working on more short stories, a novella, and a science fiction novel. Nancy resides in Brookeville, Maryland.

More about Nancy and her work can be found at www.mindsights.net.