Thea Reeves and the Tear of the Morning Star

This post is part of a virtual book tour organized by Goddess Fish Promotions. Dmitriy Kushnir will be awarding a $25 Amazon/BN GC as a randomly drawn winner via rafflecopter during the tour. 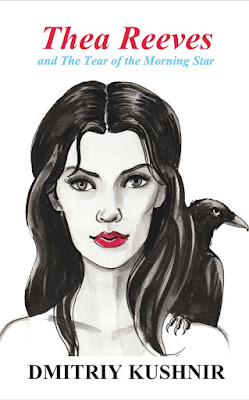 Thea Reeves is an ordinary girl, from an ordinary family with financial troubles, living in a small town of Johnston. After she starts an after school job at The Magic Shop in order to help herself financially, her life becomes more extraordinary with every day.
read an excerpt...


The girl took her eyes away from the pug and redirected all of her attention toward the raven, who sat just a few feet away from her.  She talked softly, so no one, especially not even one of her neighbors or her parents would overhear.  People these days may get the wrong idea from just a few misheard words, and the witch hunts and trials can begin again.  Women have always been identified as the weaker sex throughout the centuries, and every time a woman spoke out or displayed any kind of strong character, she was met with oppression ... especially from the side of organized religion.  Not long ago, Thea learned about Salem Witch Trials a few centuries back, and about how many ordinary women were tried by the church and by their neighbors and were executed.  History tends to repeat itself.

I am no longer ordinary.  Thea thought to herself, and immediately understood that no longer being ordinary could actually have a negative impact, rather than a positive one.

AN INTERVIEW BY THE AUTHOR...

Yes, it absolutely does.  I have a teen daughter, who I love writing for.  I am the story teller in our family.  With Thea Reeves series, I decided to dedicate an entire series of books to my daughter, in order to interest her in reading and be able to relate to the main character.  She is my biggest critic, and once she finished reading the first book, she asked for more ... so I kept on writing.  I currently have 4 books of Thea Reeves series completed and 3 of the 4 already published.  I plan to have at least 9 books in the series.

When it comes to the storyline in this adventure series, it is all 100% improvised.  I am able to picture in my mind where the current book starts and approximately how I want it to end, then just fill in the space in-between the two points.  I do not follow any kind of outline, I tried before, but nothing ever goes as planned, so I just write and see where the writing takes me and the characters in my book.

This book was very easy to write.  I believe I was able to completely finish it in just a few days.  I do understand that this is not a full novel, but rather a novelette.  However, I became so involved with this book and Thea Reeves, that it seemed I wrote it entirely on a single breath.

Away from people!  I do not like unnatural noises, although I am able to tune them out completely and retreat into my mind.  But in order to be completely dedicated to the book I am currently writing, I like to find myself away from people.  I do have a trailer I can retreat to, where nobody will bother me.  I also have an office and about 20 acres of land where I can hide.

I was gifted a computer once, and I really did not know what to do with this gift.  It was important to me to use it for a good purpose and not something selfish, so approximately a year later I wrote my first book.  Since then, and all of the books I wrote, the royalties from the books "paid back" for this generous gift many times over.  Just last week, the person who gave me such a generous gift had a conversation with me, and I was told of how proud that individual is of me and of everything I was able to accomplish in the last 6 years.  That praise felt really good.  It is good to know that I do not disappoint those, who invest in me as an individual. 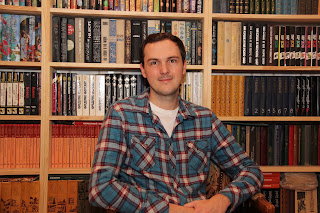 Dmitriy Kushnir is a Sarasota, FL local and is a student of life. In his younger years, he had served in the military and received various degrees from multiple universities. One day, Dmitriy Kushnir realized that he had just too much to share with the world and began writing in the fields of philosophy, business, religion, history, fantasy and science fiction. To this day, he has written more than 40 books under various aliases.