This post is part of a virtual book tour organized by Goddess Fish Promotions. The author will award a $20 Amazon/BN gift card to a randomly drawn winner via Rafflecopter.

The storm sweeps in like a thief in the night... Winter storm Holly is the worst in eighty years bringing high winds, subzero temperatures and snowfall better measured in feet than in inches. The weather paralyzes everything in its path, but in this storm, weather isn’t the only threat.


A new installment of STORMWATCH releases each Thursday starting December 5 through January 9. Each thrilling full length novel is a standalone story with no cliffhangers. Don’t miss a single one from half a dozen of the genre's bestselling storytellers! 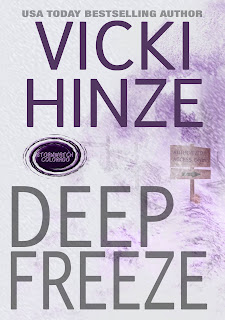 Emma Miller, a probationary security consultant posing as a reporter, is stranded at Portal International Airport in the worst storm in eighty years. She’s reassigned to protect a top-secret High Containment Lab in the international airport that houses the deadliest bio-contaminate diseases on the planet. A lab under attack by international terrorists who want those pathogens to sell on the black-market.

Dr. Gregory Mason Martin is a bio-containment specialist who runs the top-secret lab, and he knows Emma well. They grew up together, went to school together, and she’s always fascinated him, but she has a long-standing habit of going through men like water, so he’s kept his distance. He doesn’t dare to trust her or her abilities.

Now, all these years later, they must work together to protect the lab and stop the terrorists from obtaining the pathogens. And they must protect the pathogens from Holly, the deadly storm barreling mercilessly toward them. If those pathogens are stolen, the world will be held hostage, and worse, if mishandled, the country could be facing the worst pandemic in history. A pandemic that in short order could wipe out not just cities and states, but the entire nation.

Both are willing to risk their lives. Both are reluctant to risk their hearts. Yet events prove neither of them is who they were thought to be. And a fierce battle against terrorists and the storm proves challenging but no match for the challenges chambered in their human hearts.

Insight: Emma, an undercover security consultant, has been assigned to protect a High Containment Lab located under Portal International Airport from winter storm Holly and from a potential terrorist attack. A lab run by Dr. Gregory Mason Martin. They grew up together, and Mason wasn’t the one who got away. He was the one Emma never got…and always wanted. He, however, had never wanted her.

Emma saw Mason weaving through the crowd. Her breath hitched and she gave herself a mental shake. He was no longer lanky, instead he was muscular. His face was more angular, and she liked the scruff of beard. It accentuated his high cheekbones and slim nose. Gorgeous, as always. Even as a gangly boy, his face had hinted at the man he’d become. And the fitted blue shirt, cuffs still worn rolled up to just below the elbow, made his eyes appear all the bluer. Her breath threatened to hitch again, but the sudden downturn in his wide mouth into a formidable frown nixed that. He’d spotted her. And he was not pleased.

Mason intercepted her. “Tell me you aren’t here waiting for me.”

He smelled as good as he looked and sounded obnoxiously hopeful. “Hello, Mason."

“It’s Gregory, as you well know, Emma.” He didn’t look flustered, just irritated. “Are you waiting for me?”

She smiled just to annoy him. “I am.”

“Great.” He shoved a hand into his slacks’ pocket. “I need a security specialist and headquarters sends me a reporter. Batting a thousand today.”

So was she; not that she’d mention it. She needed a battle with him about as much as she needed another close call on her life. “I’m glad to see you again, too.” She sniffed and jutted her chin so he wouldn’t miss it. Everyone else had called him Gregory or Greg. She’d only ever called him Mason, trying to get his attention. It had failed. But she kept up the practice to needle him. Compensation for his rejecting her.

“They honestly did send you?”

They, being his headquarters, of course. “I’m here. No one else is, or can get here,” she said, lifting a hand. “So, do you want me to go or to stay?”

He didn’t answer, but from his darting eyes, she saw the mental debate raging inside him. It annoyed her. “That was a rhetorical question, Mason.” She folded her arms. “I’m staying.” 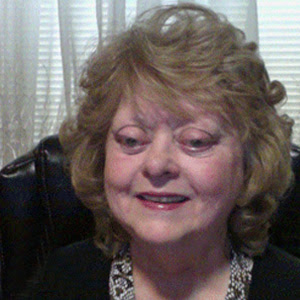 Vicki Hinze is a USA Today bestselling, award-winning author, who has written nearly forty books and hundreds of articles published in as many as 63 countries. Known widely for innovation, she generally includes strong suspense, action adventure and thriller elements with a dash of romance, penning series that genre-blend and earned her career-achievement awards as a trailblazer. For nearly a decade, she was columnist for the global Social-In Network and, before that, a radio talk-show host for Everyday Woman. Hinze holds an MA in creative writing and a Ph.D. in Philosophy (Theocentric Business and Ethics). Long before being named as the first PRO Mentor by the largest writing organization in the world, she founded Writer's Zone to mentor other authors and maintains a free online writers' library. Raised in New Orleans, Hinze then married a career Hurricane Hunter/Special Ops officer. After moving around the country, they settled in Northwest Florida, where she heeds her one writing rule: Writing only books she loves.