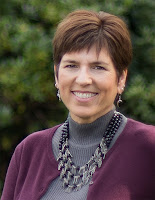 I enjoyed getting to know your book; congrats on the tour, I hope it is a fun one for you, and thanks for the chance to win :)

Thanks for the giveaway. I hope that I win. Bernie Wallace BWallace1980(at)hotmail(d0t)com

Congratulations on the book and the tour and Thanks so much for offering a Giveaway. This story sounds like a real "blast from the past" for me!

I really enjoyed reading your amazing interview, thank you!

Thank you all for your kinds words, and good luck with the drawing! For some reason, I was unable to leave a comment yesterday, but today it's open! :-). I hope you will take a chance, get a copy of the book, and then let me know how you like it.

I had a problem last night too and apologize. Even moreso, I'd like to tell you what was wrong during that time but...

Best of luck with your book and thanks to all who visited.
-kathy

Congrats on the tour and I appreciate the excerpt and the great giveaway as well. Love the tours, I get to find books and share with my sisters and now my twin daughters who all love to read. We have found some amazing books for everyone. So, thank you!