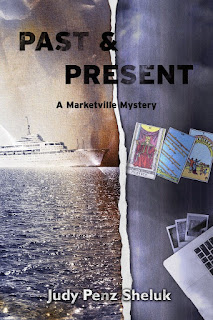 
Wow, let me tell you, this was a quick read for me because I couldn’t put it down.

Being adopted, I think I identified with a lot of the situations in the author’s story, but I think every person could say the same about their past or the present in some manner. While some of us may have wondered about our past, almost all of us have been fortunate to sit at the feet of our parents hearing stories and memories of their lives and those of their ancestors.
Sometimes though, when those people are gone, the memories are gone too, and we realized there were many things we didn’t think to ask. Some were kept from us on purpose; often this was due to the rigid mores of the time. Moral attitudes that now, in the present, wouldn’t even cause someone to blink, were kept hidden and never talked about in the past. Never talked about for so long that they became almost forgotten.

Judy Penz Sheluk has come up with a story of the past and the present that will make you feel every memory that her characters feel. She’s invented a wonderful business called Past & Present Investigations run by four great characters. Calamity Barnstable, while not totally new to investigating, is unfortunately one of those people left alone to find out not all was as she had been told in the past. But here in the present she realizes that by adding her genealogy friend Chantalle, she can cover a lot of bases in discovering the past. They add a couple more definite assets to their group, one which is my favorite antique lady, Arabella, from the Glass Dolphin Mysteries series.

Penz Sheluk has put together a group of well-defined, vivacious characters to make one of 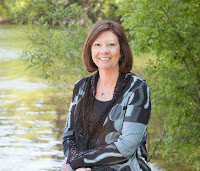 the best stories I’ve read in a long while. There’s some humor, some realism, some mystery around some of the past and some questions about what the present really looks like.

I can’t go on enough about this book. I have read other of Penz Sheluk’ s books and she is a fine writer, but she has outdone herself in Past and Present.

This is Book 2 of Judy Penz Sheluk's Marketville Mystery series. She has another delighful series titled "The Glass Dolphin mysteries".

Check them all out at this link. Amazon