This post is part of a virtual book tour organized by Goddess Fish Promotions. Monique Roy will be awarding electronic book copy of A Savage Kultur to a randomly drawn winner via rafflecopter during the tour. Click on the tour banner to see the other stops on the tour. 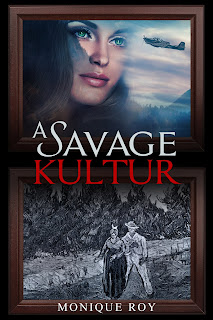 Ava is a Jewish art student who suddenly inherits her grandfather’s gallery in London. Acting on his final wish, Ava begins a journey to discover a valued Van Gogh, which was looted by the Nazis in 1937. As Ava unlocks this complex journey, we begin to travel between her timeline and that of the war itself, where we find out what ordinary people had to do to survive under the power of the Nazis and their wishes.

At the dead of night in the City of Dreaming Spires, on the first day of May, Ava greeted the beginning of spring and eternal evenings in a liberated and bemused fashion. Her exquisite and ethereal cream-colored ball gown swayed as she danced through picturesque cobbled streets, and her eyes twinkled with amusement as she joined thousands of Oxford students in raucous celebrations. This timeless May morning spring festival was no different to the hundreds of years of tradition that came before it. The air was filled with treble notes, as gifted choirboys sang medieval lyrics like Hymnus Eucharisticus from the tallest tower at Magdalen College, overlooking drunken and joyful all-night revelers, as the sun rose on this first morning of May.

Dressed in black tie, Ava’s boyfriend, Jonas von Brauner, shared an old-fashioned bottle of rare French champagne, a party gift they received at the decadent all-night ball that had filled their evening with much enchantment and splendor. As she took the elegant, gold-colored bottle from him, and before she savored the delicate taste of the sublime champagne, Jonas leaned down and planted a luscious kiss on her lips. His kiss always triggered sensations she had never felt before, and when he pulled his mouth away, her joyful eyes devoured him, every inch of his existence.

“Take me home,” he said, as Ava took a sip of the champagne. “You’re incredibly beautiful tonight.” He pulled her into his arms, holding her tightly against him. Ava smiled up at Jonas as her fingers found their home in his wavy, blonde hair. She pressed her warm, soft lips against his, and he groaned as he slanted his lips over hers and reveled in the sweet taste of her. 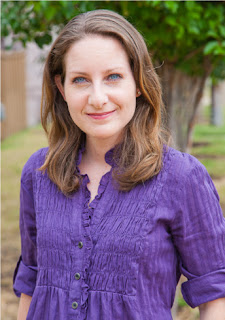 Monique loves writing that twitches her smiling muscles or transports her to another time or place. Her passion for writing began as a young girl while penning stories in a journal. Now she looks forward to deepening her passion by creating many unique stories that do nothing less than intrigue her readers.

Monique was born in Cape Town, South Africa, and her grandparents were European Jews who fled their home as Hitler rose to power. It’s their story that inspired her to write Across Great Divides, her debut, historical fiction novel.

Monique holds a degree in journalism from Southern Methodist University in Dallas and is also the author of a children’s book Once Upon a Time in Venice. In her free time, she loves to travel, play tennis, pursue her passion for writing, and read historical fiction. In 2008, she was chosen by the American Jewish Committee's ACCESS program to travel to Berlin, Germany, on the 70th anniversary of Kristallnacht, to explore German and Israeli relations along with 20 other Jewish professionals from across the U.S.