This post is part of a virtual book tour organized by Goddess Fish Promotions. Lindy Bell will be awarding a $25 Starbucks gift card (US ONLY) to a randomly drawn winner via rafflecopter during the tour. Click on the tour banner to see the other stops on the tour. 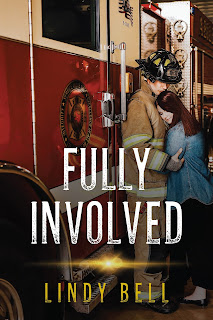 Katie Garrett is madly in love with her dashing firefighter husband, Andy. When he is diagnosed with cancer, their entire world is turned upside down. Andy clumsily tries to protect Katie from the truth by not telling her, but her fear — and his increasing pain and tumultuous emotions — only feed her deep-seated insecurities, as they fight for Andy’s life and for their marriage.

While the fire station and its camaraderie are Andy’s refuge, station officer Lt. Mike Bentley wages a vendetta against Andy, making Andy more determined to avoid revealing weakness of any kind. In spite of Bentley’s despising Andy, the C shift crew rally to support Andy until events take a downward turn.

As she discovers Andy’s cancer was caused by exposure to lethal chemicals while on duty, Katie navigates the treacherous maze of uncertainty and grief to emerge a stronger, more confident woman who represents her husband and the fire service as an advocate for firefighter safety and protection.

Firefighters face a myriad of dangers, but the invisible dangers – his past, her fears -- can pose the greatest threat of all. Will courage, duty, and love be enough to save Andy from these unseen threats? Will he come to recognize the far-reaching impact his life has on others? If the worst should happen, would his greatest legacy be the love of the fire service or the love for his wife? In the end, the unforeseen might have the greatest significance of all.

Chief Hamilton heard a second loud explosion and looked toward the front door of the house when he saw Rogers sit up, looking that direction. Two firefighters, carrying a hose, stumbled out followed by a large billow of black smoke. Two men. There should have been three.

Without hesitating Rogers radioed in. “Attack, give me a PAR. I see two of you. Shouldn’t there be three?”

There was no reply.

Chief Hamilton watched the two firefighters who'd exited turn and look around. He could tell from their gestures and their heads craning, they were unsure of where their third person was.

In those long, silent seconds, the air hung static with anticipation.

Finally, Bentley’s voice came over the radio. “Attack. PAR times two. Should be three. We have a man inside.”

Bentley was out. Who was the second firefighter with him and who was still inside? Chief Hamilton’s anxiety was building. This fire was growing even with the large amounts of water being poured onto it, and now, they had a man inside.

Before Chief Rogers could initiate the Rapid Intervention Team, a high-pitched chirp went off. Everyone froze. A firefighter’s personal alert safety system device only went off if the firefighter was down and incapacitated for over thirty seconds.

Andy must be down. 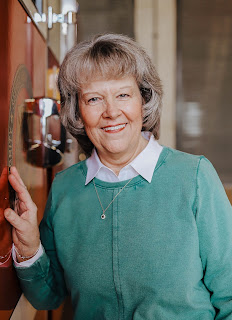 A project ten years in the making, Fully Involved is Lindy Bell’s debut novel and avidly reflects her admiration and love of the fire service. Thoroughly researched, the quest for accuracy for the book led Lindy to participate in the Plano Citizens Fire Academy, attend classes and accompany firefighters on ride outs. With a retired fire chief and a current paramedic/firefighter in the family, Lindy has witnessed firsthand the dedication and humbleness of first responders which fueled the impetus to convey the importance of the legendary fire service brotherhood and create cancer awareness and its growing effect on the fire service.

Lindy’s first book, Jane Austen Celebrates~Holidays and Occasions Regency Style, is a showcase Regency Era holidays and their impact on modern holiday celebration traditions. A member of the Jane Austen Society of North America, Lindy has spoken to a variety of groups and taught Continuing and Adult Professional Education courses at Southern Methodist University (SMU).