This post is part of a book tour organized by Goddess Fish Promotions. Helen Huang will be awarding a $15 Amazon or B/N GC to a randomly drawn winner via rafflecopter during the tour.

The year is 1950. Zoe and John, two young nuclear scientists from Berkeley, seem to have the perfect life, with promising careers and marriage plans. But their innocence is soon shattered when the Chinese Communist Party seizes power. Choosing to postpone the wedding and return back to her home country, Zoe finds herself locked in a political cage and separated from John indefinitely... 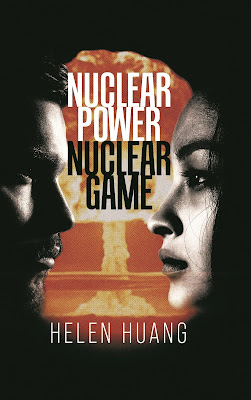 Caught in a complex web of revolutionary propaganda and forced to participate in dangerous research, Zoe must confront the looming question of where her true loyalties lie: with her country or with John back in America?

Set during China's march towards nuclear power amidst the political turmoil of the Cold War, Nuclear Power Nuclear Game spans multiple decades and countries across the globe to tell the story of two nuclear scientists' fight for world peace and a love torn apart by conflicting ideologies.

Zoe guessed he just wanted to put her at her ease, so she forced a smile. Sitting down at his desk, he picked up the cigarette stub and took a long, deep drag on it, his eyes never leaving her. He exhaled, filling the space between them with smoke, and then picked up her self-confession and started to read. As the minutes crawled by, Zoe’s heart went faster and faster. Eventually he finished reading, only to drop the paper on the desk, lean back in his chair, and examine her. The intensity of his gaze made her uncomfortable, as if she were naked in front of him. Her fists clenched and unclenched at her sides to hold herself together. She didn’t dare ask the question that burned in her mind: Is he satisfied with my self-examination?

“Comrade Meng, I will say that your self-criticism is better, more thorough than last time. You have examined your shortcomings and traced them all the way back to your ancestors. That’s good. However, you apparently still refuse to acknowledge your other fatal mistake, the relationship with Kuczinski.”

The thought flitted through her mind that he still couldn’t be bothered to pronounce Igor’s name properly. She fought the urge to correct him, instead forcing herself to find words that wouldn’t offend him. “Our relationship was very pure. I don’t see anything wrong in wanting to love and be loved.”

“The Russian government is our enemy but not ordinary Russian people.”

“He works for an evil government, so of course he is our enemy. I thought you scientific types were clever enough to realize this basic fact.”

His arrogant, bullying tone became increasingly more intense, but Zoe controlled the anger that filled her. She couldn’t afford to get into a confrontation with him. Desperate to make a good impression so he wouldn’t brand her as a Russian spy, she said slowly, “I’m sure he does not agree with the new Russian government’s policy either.”

“Why did he leave then?”

“I assume he had no choice.”

“You assume.” He threw an angry look at her, his voice mocking. “You know he was the first person who went to retrieve all the materials from the Testing Control Center. He even got into a serious confrontation with our security officers. How could you still trust him?”

Her mouth dropped open in shock and disbelief, but then she snapped it closed. It could be true, she thought. Maybe that was why Igor left without saying goodbye or telling her where he was going. She felt ashamed at her own simple trust and naiveté. 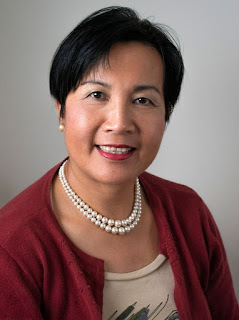 Born and raised in Shanghai, Helen Huang now resides in Melbourne, Australia. Nuclear Power Nuclear Game is her first novel, inspired by her own experience living under the Communist regime and working at a nuclear institute in China.