Paladins are nothing but trouble. Stories about paladins are everywhere, noble warriors riding magic steeds into battle against terrible foes. Champions of their gods. Heroes to everyone, except those who already have everything. Paladins are notorious for upsetting the balance of power, to the detriment of any who don't worship their deity.


So when Krell is called to service by the capricious god of the seas and skies, ReckNor, those with wealth and power can't help but be concerned. ReckNor hasn't called a paladin in years, and his nature is ever-changing and erratic. The fact that Krell is also an uneducated nobody with a stubborn streak as wide as the sea turns their concerns into fear.

All of which matters less than the threat clawing its way from the waves, ready to turn the ocean red with spilled blood...

His heavy breathing couldn’t disguise the dull thunk from the blade as it hit, bits of wood breaking off. Krell twisted his wrist and pulled, disengaging the blade. He struck again, the blade sliding along the wood, leaving a fresh scar. Once again, he failed to cut through the post. 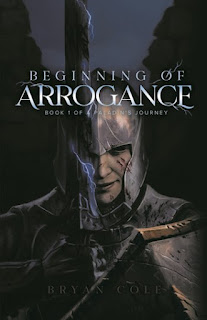 Krell recovered his stance, his shield raised as Olgar taught him while his sword moved back into proper striking position. His next strike was high and carved another sliver of wood. Without waiting, Krell swung again. The sword hit lower than Krell wanted. He pulled back into the proper stance, and his next strike was on target, carving deep into the wood.

“All right, lad, I think we’ve seen enough,” a voice said from somewhere ahead of him.

Krell took a step back from the pell. An unsteady step, he was forced to admit. The sun was still high in the sky. Sweat ran into his blue eyes, causing him to blink in irritation. He glared at the wooden post. No more than halfway through. His chain mail armor was heavy on his shoulders.

He looked over at the town council, seated at a long table under an awning. They had comfortable chairs for the most part, and were sipping on what looked like cool drinks in the shade. Krell wondered how much attention they were actually paying to this test.

Amra Thort was the leader of the town council, and owner of one of the largest fishing fleets in Watford. She was a formidable- looking woman with steel gray hair, whose hands bore the signs of hard work done many years ago. People in the town respected her, Olgar had told him.

Seated next to her was Daylan Plintform, a wealthy merchant who owned many trading and fishing vessels. His long face was handsome, but he always looked irritated, even when he wasn’t. Olgar detested him, but refused to explain why. He was popular in town, since he paid for numerous festivals and banquets when the catch was good. 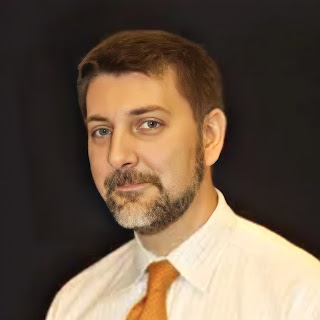 Bryan is an avid reader, and has loved the fantasy genre since he was a child. His love of stories of mighty knights, terrible dragons, and noble steeds has inspired him for decades.