Rescued By The Scot

This post is part of a virtual book tour organized by Goddess Fish Promotions. Laura A. Barnes will be awarding a $10 Amazon or Barnes and Noble GC to a randomly drawn winner via rafflecopter during the tour. Click on the tour banner to see the other stops on the tour. 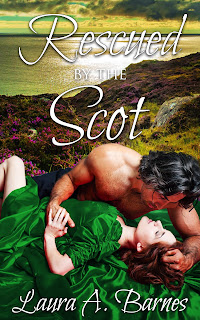 Set out to finalize a deal for her brother’s return, Skye MacKinnon instead captures the double agent working alongside her enemy. When she holds her prisoner hostage at her castle, he draws her into an attraction that spirals out of control. After she fights off his spell, she deceives him for her own agenda. As she betrays his trust, she is caught in the web of the evil villain who is terrorizing England. When her prisoner rescues her from the torture, she becomes afraid of her own shadow. As Skye recognizes her love for him, can she overcome her fears, or will she be forever destroyed by the violence of her mission?


Chained and left waiting for his own demise, Zane Maxwell is soon rescued by a Scottish goddess. He is enraptured by her charms and drawn under her spell. Her touch and look sink into his soul a connection he cannot resist. While he lures her into his confidence and seduces her into his bed, her only plans are betrayal. When she is captured, he realizes she was only protecting his life. Now he must rescue her and destroy the man who hurt her. Can Zane convince her of his love, or did he miss his chance of a life filled with the woman of his dreams?

“Do you need help Skye?” his dark voice invaded her thoughts.

She sat up in the tub, causing water to rush out, splashing on the floor in waves. Then she swiftly slipped under the water until only her face was emerged. She grabbed the towel from the stool and covered her body with it. The rotten luck with that was she realized it was the only thing to cover herself with when she planned to exit the bath. And exit she must, to clothe herself against him.

“How did you get in here?” she demanded.

“Now Skye, I can get in anywhere I want. That is a warning to you, you won’t keep me from anywhere I want to go,” he explained as he emphasized her god given name.

He sounded so proud of himself that he learned her name. She wondered which one squealed first, Agatha or Isobel. Traitors the whole lot; she would handle them later. Why was everybody in her clan trying to play matchmaker with this man? Did they not see what he was? A scoundrel of the highest order. He oozed his charm, obviously on the women of her clan. Well he wouldn’t charm any information out of her.

“Leave this room right this instant. Have you no shame? You sir are no gentleman.”

“Temptress,” he whispered to himself. But not quietly enough, for she overheard the words which passed through his lips. 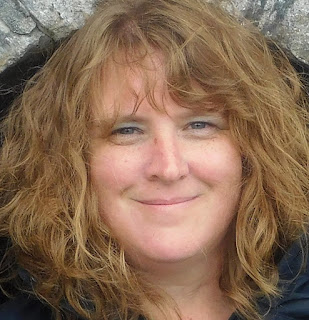 I have always dreamed of being an aspiring author. I am making my dreams come true, one word at a time. When I am not writing, I am spending time with my family. I love reading books on lazy afternoons, and late into the night. Anytime really. Married 28 years to the love of my life and we have three wonderful children and two sweet grandbabies. Besides writing, I have always wanted to travel. In the last few years we have gotten our passport stamped in England and Scotland. We are hoping to add Italy to the list soon. My debut novel is Rescue By the Captain.