This post is part of a virtual book tour organized by Goddess Fish Promotions. Khaled Talib will be awarding an Amazon Fire 7 8GB tablet to a randomly drawn winner via rafflecopter during the tour. 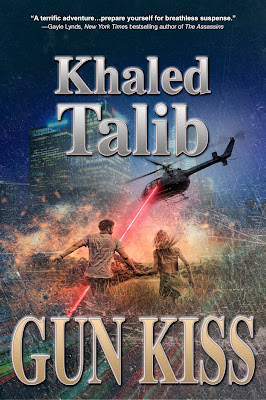 The United States media is abuzz with news of the mysterious disappearance of Hollywood movie star, Goldie St. Helen.

Ex-Delta Force Blake Deco receives a tip from a Mexican friend that a drug lord, obsessed with the beautiful actress, is holding her captive in Tijuana.

With the help of a reluctant army friend, Blake mounts a daring rescue.

What he doesn’t expect is to have feelings for Goldie—or that a killer is hunting them.

If you’re wondering why I have put my review up here, way above the author’s excerpt, it’s because this was really a great book. I really enjoyed it and wanted you to know. This book has action and drama, It’s a little like a James Bond story but then…it’s not. This character is much more down to earth and has plenty of friends, the kind you can count on. It has love, a hero saving an absolutely beautiful girl, and plenty of bad guys. In fact, it leaves you wondering now and then who to trust. I will of course save the who you trust part for you to find out when you read this. You know what else this book contains? It has that strong, hard-headed, tough character that I always love, one of those with lots of personality.

I can’t say enough about this book. I was disappointed every time I had to take a break from reading it. While its characters were defined well, the most thrilling part was the descriptive scene writing. It was more like watching a movie than reading a book. Khaled Talib seems to be able to put you right in the middle of the action with his writing.  This type of genre is one of my favorites. I’d say Talib is way ahead of his counterparts.

I would suppose this review gives you an idea that I recommend this book. You are correct.

He has other books with good reviews. I’m going to check them out too and I’d advise you to do the same.

Read an excerpt...
A man wearing a red bandana around his head leaned out on the skid with a sniper rifle.

“Get us out of here!” Blake yelled.

Jack swerved the vehicle to avoid the sniper’s fire and spun a U-turn. He floored the accelerator, zigzagging away from the consulate.

“Get down!” Blake forced Goldie to the floorboard. He then powered down his window, stuck his arm out, and unleashed a volley of shots at the tail rotor.

The helicopter jerked and tilted, yet remained relentless in its pursuit.

“Drive faster!” Blake yelled, feeling the riddle of sniper bullets pinging the back of the SUV.

Blake looked at Goldie crouching on the floorboard. “You okay?”

“They’re not shooting at you. They want you alive, and us dead,” Blake said.

“How can you be sure?” Goldie asked.

“He’s using a sniper rifle instead of a machine gun,” Blake said. “Picking his shots carefully.”

“No prizes for guessing who gets it first,” Jack said.

The shots from the helicopter forced an oncoming van to careen off the road. Two other vehicles braked hard and swerved uncontrollably.

Through the windshield, Blake saw the man on the skid taking aim again.

Tightening his grip on the wheel, Jack spun the SUV around, back toward the consulate. He didn’t turn fast enough. The impact of a bullet hit the rear window, cracking it into a spidery web.

Khaled Talib is a former journalist with local and international exposure. He has authored three thrillers since 2014. 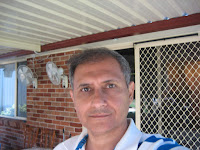