This post is part of a virtual book tour organized by Goddess Fish Promotions. Anya Summers will be awarding a $25 Amazon or B/N GC to a randomly drawn winner via rafflecopter during the tour. Click on the tour banner to see the other stops on the tour.

In the aftermath of the devastation from her failed marriage, Phoebe returns to her old stomping grounds to open her own bed and breakfast. Starting over is the bravest thing she’s ever done – or so she thinks. But opening her front door to find a blast from her past on her front porch changes all that. The teenager she’d once known has become a jaw-dropping, dominant man in his prime.

He wasn’t looking for a relationship until she blazed back into his life.

Graham runs his own construction business, remodeling homes, and building brand new ones. When his buddy gives him a lead on a new project, he never expects to run into Phoebe, the woman he shared a single kiss with eons ago. Nor is he prepared for the Dominant in him to stake his claim before the end of their first meeting. He wanted her in high school but there had been too wide a gulf separating them. Now, Graham will stop at nothing until he makes her his. But there are larger forces at work, attempting to tear them apart.

When everything Phoebe holds dear becomes a target, Graham will risk it all for the one woman he knows he can never live without.

Publisher’s Note: This steamy second chance romance contains elements of power exchange. While it is the second in the Crescent City Kings series, it can be enjoyed independently.

“Graham? Graham Layton, is that really you? You’re the contractor Dante recommended?” Joy filtered into her voice as she stared at the blast from her past. It had been almost nineteen years since the night of the winter formal in high school. The night she had always considered one of the best of her life.

Surprise filtered over his handsome features. A grin split his face wide and his thick, dark chestnut brows rose to nearly beneath his hairline, almost touching the Rayban sunglasses shoved on top of his head. There were tiny laugh lines around his eyes that crinkled.

“Phoebe, as I live and breathe. Well, aren’t you a sight?” Graham dismissed all formalities, stepped through the doorway, and surrounded her with an effusive hug. She stiffened at the impromptu embrace, but only for a moment, because the delight of seeing him overrode her internal panic button.

She caught a whiff of him, a sinful mixture of man with traces of his soap, a spicy, exotic fragrance that made her want to bury her face in his chest and just inhale him. The boy she’d known on the cusp of manhood in the intervening years had grown into a powerfully built man. A very hot man, with a killer smile and a body that made her dead hormones rise from their early grave and pay attention before he released her. It left her dumbstruck: the sudden onslaught of disappointment that rose in her chest when he released her.

Wasn’t that just the oddest thing?

Graham gave a manly half-shrug as he stepped back. “It is a surprise—a nice one, to boot.”

Then he knelt, resting his elbows on his knees so that he was at eye level with Daisy, and held his hand out for her to sniff. “And who is this?”

“Daisy, this is Graham. He’s a friend.” Daisy glanced up at her for the okay, her golden eyes searching Phoebe’s face. When Phoebe nodded in the affirmative, Daisy’s stance relaxed, and she turned into a normal, goofy dog. She snuffled Graham’s hand, and then lavished his face with a few swipes of her pink tongue against his cheek before falling at his rather large feet as he stroked her fur and gave her a belly rub. Euphoria emanated from Daisy. And, for a split second, Phoebe wondered what it would feel like to have Graham rub her belly—and further south.

“Beautiful dog.” Graham rose with Daisy following him up into a sitting position from which she stared at him with adoration. “I cannot believe you’re the one who bought Riverland Plantation. When Dante gave me your name, it didn’t ring any bells.”

“Same. I didn’t realize you were G.C. Layton of Layton Construction. For me, it’s the last name that’s different. Probably why my name didn’t sound familiar to you.” Quite a few other things had changed as well, like that she no longer believed in love or happily ever after, or that she could depend on anyone but herself. 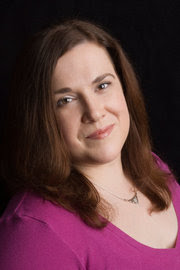 Anya is a bestselling and award-winning author published in multiple fiction genres. She also writes urban fantasy, paranormal romance, and contemporary romance under the name Maggie Mae Gallagher. A total geek at her core, when she is not writing, she adores attending the latest comic con or spending time with her family. She currently lives in the Midwest with her two furry felines.