Infidelity pays the bills, so says a wise old private eye. But for PI Johnny Delarosa, his routine cheating spouse case turns into a tangled mess when his client, Mary Ann Bellamy, is run off the road and left for dead. Her husband, the owner of a cutting-edge aerospace technology firm, puts his career and marriage at risk by having an affair with his senior executive, the sexy, enigmatic Keira Kaine—the most brutal femme fatale to ever travel the pages of crime fiction. When a whistle blower appears, along with the FBI, Russian mobsters, and an eccentric computer hacker, the case weaves through a maze of surprises that lead to a violent and stunning climax. Delarosa, along with his assistant, Katie, and partner, Mike, must learn who he can trust before the case turns into a homicide—his own.

One of my favorite PI’s is back. Delarosa is still holding his meetings in the back of a bar and even the most unlikely clients seem to be tolerating the bar office to get his help. Katie, his young and fun assistant, has even taken a job at the bar to be able to learn more from him, hoping to get her PI license. What seems to be just an “is my husband cheating on me” case turns into a lot more than anyone could imagine. Except for Mike, John’s bar owner partner. Mike’s right there to help but he’ll be the first to say “I told you so” several times.

This book has lots of action scenes and the author David Stever paints them right into your mind. His narrator adds to all of it. While there are a lot of twists and turns in this story, it is never confusing. Not something a reviewer can often say about a book with fast action and quite a few characters. Confusion could easily be compounded here in an audiobook but with this narrator and this author, that just doesn’t seem to happen.

I mention several characters are involved and although you might think this will leave you wondering “who is whom” so to speak, that doesn’t happen here either. Not only are the characters clearly defined they each have their own personalities. Their own quirks, and their own smart-ass remarks. As serious as the subject is, Stever still injects his humor and the narrator portrays it.


This is Book 2 of the series titled “The Delarosa Series”.  It can definitely be a stand-alone. Worth a listen or worth the read. Whatever floats your boat.

I received this audiobook as part of my participation in a blog tour with Audiobookworm Promotions. The tour is being sponsored by Bill Lord. All opinions are definitely my own. 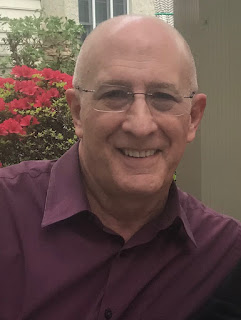 David Stever is a novelist, screenwriter, and film producer. He writes the Johnny Delarosa mystery-thriller series, debuting with, AUBURN RIDE, paying homage to the great detective fiction of the past. The series has been called "noir for the 21st Century." Fans of hard-boiled, crime thriller books, complete with sexy femme fatales, will love the Delarosa series.

He is a member of the Private Eye Writers of America, the International Thriller Writers, and the Maryland Writers Association. Originally from Tyrone, Pennsylvania, he lives in Columbia, Maryland with his wife and family. Please visit www.davidstever.com and be sure to sign the mailing list for news and updates!

Bill Lord has been an entertainer since 1983 when he began a nearly 20-year career as a professional wiseguy on rock and pop radio. After radio, his love of storytelling drew him into the world of acting and audiobook narration. It was a transition that began his exploration of connecting with an author's truth on a deeply emotional level, while bringing each of their character's reality to life with an authentic voice.

When Bill narrates a story, he transforms the written word into a multidimensional aural experience that makes you lose all sense of time and what is going on around you. He transports the listener to faraway realms or perhaps across the galaxy, until the world around you is supplanted by the flickering movie screen of your own imagination.

In addition to reading books for major publishers, and indie authors and publishers, Bill is a former coach of Edge Studio's Investigate Voiceover classes in Washington, D.C., and an occasional cast member with The Lake of the Woods Players. When he’s not on stage or in the booth narrating, you can find cruising the lake on his pontoon boat (in Orange County, VA) while enjoying a Manhattan with his beautiful wife, Joya.

Johnny Delarosa: Served twenty years as a cop then as a detective on the Port City Police Department. Now on his own for six years as a private detective. Forty-eight years old, 6’1”, 185 lbs., thick close-cropped black hair with some grey sneaking in. Is co-owner of McNally’s Irish Pub and runs his private eye business from the back booth in the bar. He and Mike McNally were detective partners on the force. He worked vice and homicide as a detective and has seen it all. Johnny is tough but has a laid-back personality, is Italian-American and grew up in the Little Italy section of Port City. Was married to Kelly but she couldn’t handle the police lifestyle. Johnny never remarried after the divorce. He owns a condo on the fourth floor above McNally’s plus took ownership in a beach cottage on Crescent Beach as part of the divorce settlement with Kelly. He bought half of McNally’s when Mike needed money to pay for his own divorce.

Johnny has a great appreciation for Italian food, wine, jazz, classic rock, the great American songbook, and never met a bourbon he didn’t like. He stays on the politically incorrect side of life and admittedly drinks way too much. He has a lady friend, Leah Love, who he is committed to, but they have an arrangement that neither wants to be serious just yet. He claims he fell in love with her the day he arrested her.

Mike McNally: Fifty-two years old, former cop and detective on the Port City police force and former partner of Johnny Delarosa. Tough, tall, no-nonsense, red-haired, barrel-chested Irishman. Was a standout football player in high school, spent about ten minutes in college before joining the police force. He bought McNally’s after he retired and then sold half the business to Johnny to help pay for his divorce. Mainly runs the bar; but helps Johnny with PI cases. Loyal to the core, nothing will come between him and his partner, Johnny.

Katie Pitts: Tall, blonde, attractive, beach volleyball type. Twenty-four years old, met Johnny when he rescued her from a kidnapping. Enamored with Johnny and fascinated with being a private detective, she approached Johnny and asked for a job. He and Mike reluctantly hired her to help in the bar and also to help do research on PI cases. She comes from an affluent family in Port City, went to Florida State University. She is eager to learn, but young and naïve at the same time. She provides a lot of comic relief with her antics. She is always trying to improve the menu and drinks at the bar over Mike’s protests. While she was probably hired because of the way she looks, both Johnny and Mike are now protective of her and look at her as a daughter.

Plugging you into the audio community since 2016.