Sarah Hadley Brook will be awarding a $25 Amazon/BN GC to a randomly drawn winner via rafflecopter during the tour. 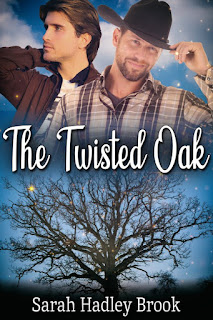 Wade Dwyer's life is turned upside down when his father dies and he learns he must marry or he and his siblings will lose the ranch. One last jab of the knife from his father. On top of that, his father's only friend knows about the stipulation and is determined to own the property by any means necessary.

He's facing the very real possibility of being the reason his family loses their home when his brother's best friend, Lance Matthews, offers to walk down the aisle with him. A faux marriage to the man he's loved for years is a torture he isn't sure he can endure.
Can he keep the ranch ... and the man of his dreams, too?

read an excerpt...
“This is nice,” Wade said as he moved closer to the pictures. Lots of family photos, some of his graduation. It was like a timeline of Lance’s life. When his eyes fell on one photo, he stopped, leaning in. It was a picture of Wade, Casey, and Lance on the sofa, playing video games. Probably one of the many nights Lance spent there as a teenager. But Lance wasn’t watching the game. He was staring at Wade.

“I remember that night,” Lance whispered, suddenly by Wade’s side.

“Brings back memories,” Wade admitted. “Who took the picture?”

Lance blushed. “Landon had been bugging us to let him join in on the video games, so I handed him my phone and let him play something on there so he’d leave us alone.”

Lance laughed. “Well, he must have been bored, because when I got the phone back, there were a lot of new pictures. He took some of his room, the barn, the horses, and this one of us playing video games.”

Wade’s chest tightened. “You kept this one…why?” There was nothing really remarkable about the picture. Other than Lance staring at him. But that could have been anything. He could have said something funny or they could have been talking.

He cocked his head and stood in front of Lance. “No reason?”

The man took a step back, and suddenly they were in the same position in which they’d found themselves this morning in the hallway. Lance looked into his eyes and Wade’s heart did a somersault. Lance’s eyes were dark with desire.

“Tell me,” Wade ordered. “Tell me why you kept the picture, Lance. Why were you looking at me instead of the game? Were we talking?”

Lance shook his head. “No,” he breathed out, his voice shaky. “God, I remember like it was yesterday, though. Casey and I were playing a game and you came in and joined us. When you sat next to me…I couldn’t focus. I couldn’t even breathe.” He looked to the side.

Wade cupped his chin and tilted his head to face him. “Why? Tell me, Lance.”

Lance licked his lips. “Because I was crazy about you, Wade. And I was scared of my feelings.”


Actually, yes. This book means a lot to me, for a couple of reasons. I’ve always wanted to do a western romance, but I put it off. Most of the stories I write are novellas, but with this, I wanted it to be longer—and possibly include two more follow-ups with other characters.
When the story started coming to me, I let it build for about six months before I really started working on it. I did start a Pinterest board right away, though. I am a very visual person and the pictures help me start putting things into perspective.

I spent more time creating the town of Ruby, Wyoming, as well as expanding on some of the secondary characters. I wanted a town full of people the reader could relate to and root for. To be honest, I feel like I poured a lot into this book, but then again, I think writers always do that! I hope readers can feel the love and strength of the Dwyer family.
This book is dedicated to Vincent for the honest reviews while I was writing it. I relied heavily on him for honest feedback and I appreciate how much time he spent talking with me.

Where do you get your storylines from?
Sometimes a publisher has a call out for a special theme and I go with it, but most of the time I get ideas from everywhere: a chance meeting at the bank, a traffic jam, a conversation with a stranger. Storylines pop into my head everywhere!

Was this book easier or more difficult to write than others?  Why?
I wouldn’t say it was more difficult, it’s just I got so close to my characters that I tended to go over the story, dissecting everything, until I realized I was picking it apart. So I had a talk with myself and got back to work writing the real story!

Do you only write one genre?
Right now, yes. I only write MM Romance. I do have a couple of historical romance with F/M that I’ve started, but I haven’t completed them. Maybe someday!

Give us a picture of where you write, where you compose these words…is it Starbucks, a den, a garden…we want to know your inner sanctum?
Ha! A desk in my bedroom. A very old desk. It was actually a sewing desk years ago. It’s empty for the most part, but I do have a few little things to keep me going—a rainbow Snoopy, a cat mug full of pens, a picture of Captain Janeway, and sometimes a shoebox for my cat, Mimi. She gets very jealous when I write. I have another cat named Tiger, but he’s older and basically could care less what I’m doing as long as there is food in his bowl and he can curl up in his favorite spot—a corner at the end of the bed. Close enough to keep an eye on things—just in case treats happen to show up!—but far enough away from Mimi that he can get some much needed sleep. He believes anything under twenty hours of sleep a day will destroy him.

And finally, of course…was there any specific event or circumstance that made you want to be a writer?
Reading Little Women in elementary school definitely changed my life. I badly wanted to be Jo! I’m sure that spurred me on, as far as writing. But I’d been writing little stories for my dolls for as long as I could remember. I think it’s just something I’ve always wanted. It took a long time to get around to actually doing it, but once I got back into writing, I never looked back! 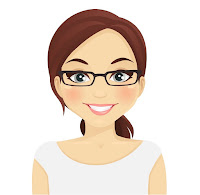 Sarah Hadley Brook lives smack-dab in the middle of the Heartland and is the mother of two wonderful young men, as well as two cats. During the day, she works in the non-profit world, but reserves evenings for her hobby-turned-passion of writing, letting the characters she conjures up in her mind take the lead and show her where the story will go. When not working or writing, she can be found reading, working on dollhouses, trying her hand at new recipes, or watching old movies and musicals. In her ideal world, Christmas would come at least twice a year, Rock Hudson and Doris Day would have co-starred in more than three movies, and chocolate would be a daily necessity to live. She dreams of traveling to Scotland some day and visiting the places her ancestors lived. Sarah believes in “Happily Ever After” and strives to ensure her characters find their own happiness in love and life.