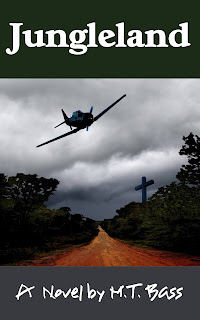 “There are only two types of aircraft:  fighters and targets.”

Sweating it out in the former Belgian Congo as a civil war mercenary, with Sparks turning wrenches on his T-6 Texan, Hawk splits his time flying combat missions and, back on the ground, sparring with Ella, an attractive young missionary doctor, in the sequel to My Brother’s Keeper.

He looked at me.

“Do you know what they did?”

“The Simbas. Up north. In Stanleyville.”

I shook my head.

He nodded his head quickly up and down. “You would not think that—you know, the cruelty of it all.”

“Well, you know they have several hundred prisoners up there and they are threatening to kill them all if the government forces come.”

“Eric.” I stood up and grabbed his shoulder. “What is going on?”

Eric slowly sat back down. “It was the mayor.”

“And the mayor there, Bond…Bondess…Bondekwe or something. I don’t know, but they stripped him down completely naked and stood him up in front of a mad, mad crowd of rebels.”

“And they carved his liver out—while he was still alive.”

I could feel my face squint in repulsion.

“Yes, while he was still alive.”

“Then they cut it up while it was still hot and—and—and they ate it in front of him as he died.”

“Yes, damn it—Jesus Christ, already. Yes, right in front of him. While he watched them and died…” 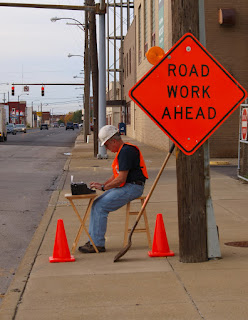 I am a Commercial Pilot and Certified Flight Instructor, and I grew up watching Sky King on TV. From the very start with my first Book, My Brother’s Keeper, I always intended it to be the start of a series about the aviation adventures of the main character, a former World War II fighter pilot named Hawk. Jungleland takes place in the Congo jungle during the civil wars fought after their independence from Belgium, where Hawk is flying a T-6 Texan as a mercenary fighting for the government. It was a way to get him flying combat again fifteen years after the war. I ended up dedicating the book to LTC Harold Brown, who was a Tuskegee Airman I’ve met and listened to at his local lectures. He is truly an amazing guy with some great aviation stories. The one that stuck out most in my mind was how he told that, because he was black, he would never be able to hide out among the Europeans if he got shot down—which actually happened as he was chasing a Messerschmidt 262 jet fighter.

I really don’t know. Usually, I get an idea for a character or a scene or a situation and just start writing and the story works itself out from there.  For Murder by Munchausen, the entire first scene with two cops chasing down a robot re-programmed to be a hitman came to me almost completely done in my head. With Somethin’ for Nothin’, I recall reading about Alaska bush pilots.  I must have watched Animal House and Treasure of the Sierra Madre around that time and a few months later—Eureka! The words for the prologue and first chapter just started spilling out of my head. Now while I don’t outline my stories, I am constantly “wargaming” what the characters are thinking and doing, as well as playing out different plotlines as I’m going.  So the storylines evolve as I work through the first draft.

About a third of the way into the rough draft, I was unhappy with the way the story was unfolding in Jungleland.  I liked the characters I had put in place, but the plotline just seemed too cliche.  So, I swapped around the action between two of the characters and—without giving away the ending—I think it worked out a lot better.  With that change, the writing went pretty smoothly. But that’s kind of par for the course.

Well, let’s see, I have a murder mystery (My Brother’s Keeper), a romance (Lodging), an espionage thriller (Crossroads), a satire (In the Black), a sci-fi series (Murder by Munchausen), a suspense thriller (Article 15) and a young adult dystopia story (Untethered). I don’t read in just one genre, so I don’t write in just one genre. If the characters or a story interests me, then I write about it. 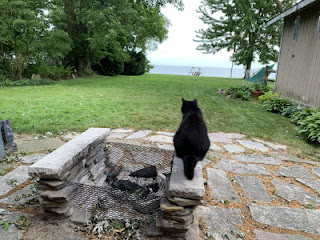 I’ll write anywhere I can when I have time. When I traveled quite a bit, I spent the empty hours at 35,000 feet scribbling out my stories. Now there are three main places I write. I usually like to work first thing in the morning, when I’m fresh for the day—before checking email, the news, or social media. So, I’ll get up at five A.M., pull out my iPad Mini and a BlueTooth keyboard, and start piling up my words in bed. The other place is at the stand-up desk that I built in my office.  And, if the weather is nice, I might sneak out back on the patio with my cat Frank, looking at Lake Erie.

I never had a burning desire to be an author when I was growing up. Too busy just being a kid, I guess. When I got into high school and started reading great books like Catch 22, Slaughterhouse-Five, and Huckleberry Finn, the idea of coming up with great stories hit home for met.  I started writing then, and eventually ended up studying “Creative Writing” at Ohio Wesleyan University. The rest is history…

Thanks for being a stop on my Jungleland release blog tour.

I appreciate hearing about your book, thanks and for the giveaway also. Thanks so much!

Hey "Mudcat", very glad to have you on Our Town Book Reviews --kathy

I liked the excerpt. Thank you for sharing.

Sounds intriguing. Thanks for sharing an excerpt!