Anne Shaw will be awarding a $10 Amazon/BN GC to a randomly drawn winner via rafflecopter during the tour. 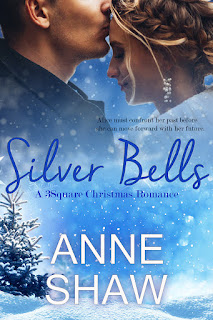 Alice had to act, and she had to act fast: a girl’s life depended on it.

A series of coincidental events leave Alice with more questions than answers. Could the sick little girl in need of a bone marrow transplant be the daughter she gave up for adoption ten years before? To become close to the girl without revealing her identity, Alice develops a plan to cast the girl’s uncle, a chocolatier, as a contestant on a live Christmas Eve show.

A television cooking competition was never in Niko’s plans, but when his sick niece expresses her wish for him to compete on the show, he reluctantly agrees. His past as an MMA fighter taught him to guard himself from punches being thrown his direction, but he wasn’t prepared for the fallout of letting his emotional guard down for Alice.

When sparks fly between Alice and Niko in and out of the kitchen, will the secrets Alice keeps shatter the budding relationship?

Niko spun on his heel and strode toward the back of the kitchen.

He was leaving? Just like that? She raced after him. Mitchell would kill her for even considering such a ridiculous deal. However, having the special at Christmas was his crazy idea, and he would pay the price for it. “How do I know if you’re worth it?”

“Oh, I’m worth it, otherwise you wouldn’t be here.” A dimple appeared in his cheek as he glanced at her over his shoulder.

Sparks tingled along her skin, and her pulse fluttered. It’s not sexy, and it’s not confidence. It’s conceit. She almost rolled her eyes at herself. Niko was sexy. And far from conceited. Kitchens were notorious for arrogant chefs, and while he seemed sure of himself, vulnerability lingered beneath the surface. This wasn’t the first time she’d dealt with a stubborn man. Alice learned long ago that when aggression failed, flirtation and downright flattery often did the trick. Bend over and take it like a man. “This is a great space.”

“Yes, it is,” he said, moving into a small hallway where a set of steep steps led to the upper floor. She rushed to catch up, unwilling to lose this battle of wills, but it was hard to stay focused when the chaps showcased his butt with every step he climbed.

Bend over and take it like a woman, the rebel in her whispered from the deep recesses of her brain where she kept it suppressed. “I’m here because of the application from CG.”

Romance may not be a favorite genre of mine but there aren’t many steamy type scenes in this one. It’s just a really sweet story. Of course the food and cooking helped a lot too. I don’t think there’s anyone who wouldn’t think this is everyone’s Christmas story. I suppose it might be like one of those sweet romantic movies you argue over to get to watch it on tv,  but it is heartwarming and fun too.

Anne Shaw is the author of both contemporary and historical romances. She lives in western Washington with her four-legged friend Larry, a quirky cat who stares at her for hours on end while she loses herself in a world where a sexy hero, and bold heroine face unsurmountable odds to reach the ultimate goal, a happily-ever-after. If you like rom-dramedies, then visit www.Anne-Shaw.com.