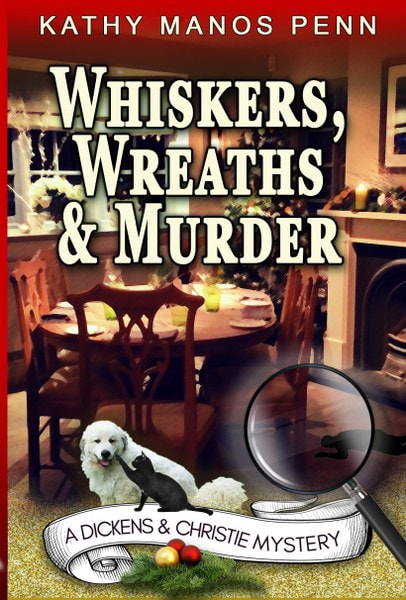 If it were up to her, they’d be singing carols and baking cookies.
Instead, they’re stockings-deep in a murder investigation…
Leta Parker is looking forward to her first holiday season in the Cotswolds. Prepping for the town’s tree-lighting ceremony, the village is enraged when the new American earl announces plans to develop his family’s estate into a resort. And when the brash successor is found dead in a ditch, it’s obvious this car crash was no accident.
Determined to unwrap the truth behind the tragedy, Leta enlists the help of the Little Old Ladies Detective Agency and her talking dog and cat. But with everyone in the charming hamlet a suspect, it’ll be tough to discover who’s not on Father Christmas’s naughty list.
Will Leta and friends deliver the gift of justice?
Whiskers, Wreaths & Murder is the third book in the delightful Dickens & Christie cozy mystery series. If you like clever senior women, deep friendships, and animals of the talking variety, then you’ll love Kathy Manos Penn’s yuletide whodunit.
My Review...

This is just a really fun read. Oh it’s a mystery and has your usual dead body but a person who understands her pets, literally? Now that’s unusual. While this is a mystery it has its own dose of humor. Much of it between the pets and the “human” as you can imagine. I liked the author’s setting of the Cotswold’s. It seemed like the description she gave sat me right down in the town. There are a lot of characters in this story and yet each one has his or her own distinct personality. Their personalities help to “paint the town” so to speak, giving you much more depth to this cute little cozy.

Whiskers Wreaths and Murder is Book 3 of a series titled “A Dickens & Christie Mystery”. Looks like Book 4 is coming soon. This is a series to get on your TBR list or better yet, start with Book 1 now. 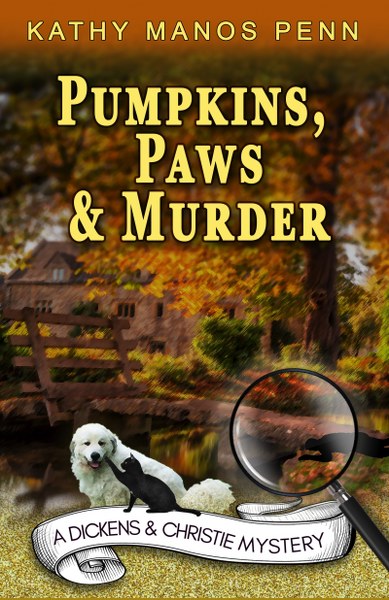 The Fall Fête isn’t very festive when an illusionist is discovered dead.
Can an expat and her talking pets crash the killer’s party?
Retirement in the Cotswolds has given Leta Parker a new lease on life. Growing close to her small-town pals, the former corporate trainer is thrilled to help them put on the village’s annual autumn celebration. But the punch goes sour when a friend’s estranged magician husband is found murdered.
With the newly widowed woman the prime suspect, Leta leaps into action with spunky friends and her talking dog and cat to clear her name. But when they trace the lecherous victim to England’s picturesque southern coast, they discover a long list of past lovers who’d be happy to see the sleight-of-wandering-hands womanizer permanently disappeared.
Can Leta expose the truth, or will this investigation be her final trick?
Pumpkins, Paws & Murder is the second book in the lighthearted Dickens & Christie cozy mystery series. If you like compelling characters, talkative four-legged friends, and journeys full of action and humor, then you’ll love Kathy Manos Penn’s playful tale.
Buy Pumpkins, Paws & Murder for a grand illusion of danger today!
Goodreads * Amazon 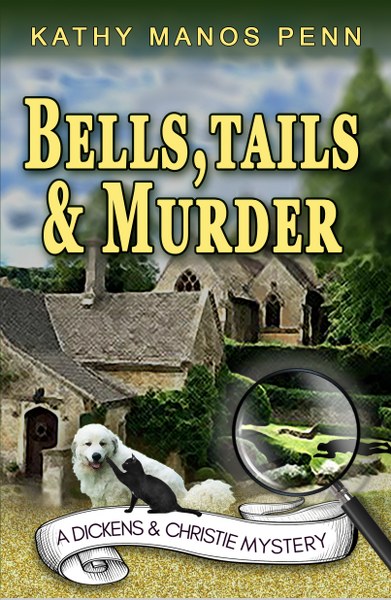 She crossed an ocean to start her life over.
Can she nab a killer before her quaint village becomes a graveyard?
Recently widowed Leta Parker desperately needs a change of scenery. Pursuing her lifelong dream of retiring to the Cotswolds, she leaves her soulless corporate hustle in Atlanta and moves to England with her talking dog and cat companions—Dickens and Christie. But she’s barely begun making new friends when she stumbles across her housekeeper’s body …
With several villagers pegged for the crime, Leta teams up with a retired English teacher and her sharp-as-a-tack octogenarian mother to track the killer before the trail goes cold. As the not-so-friendly local policewoman elbows them out and scandalous rumors plague the tight-knit community, it’s left to the ladies and their pets to sleuth for the truth.
Can Leta, Dickens, and Christie sniff out the culprit before the cute little town loses more than its charm?
Bells, Tails & Murder is the delightful first book in the Dickens & Christie cozy mystery series. If you like spunky literary women, amusing animal sidekicks, and inviting cultural backdrops, then you’ll love Kathy Manos Penn’s engaging page-turner.
Buy Bells, Tails & Murder to see the fur fly today!
Goodreads * Amazon 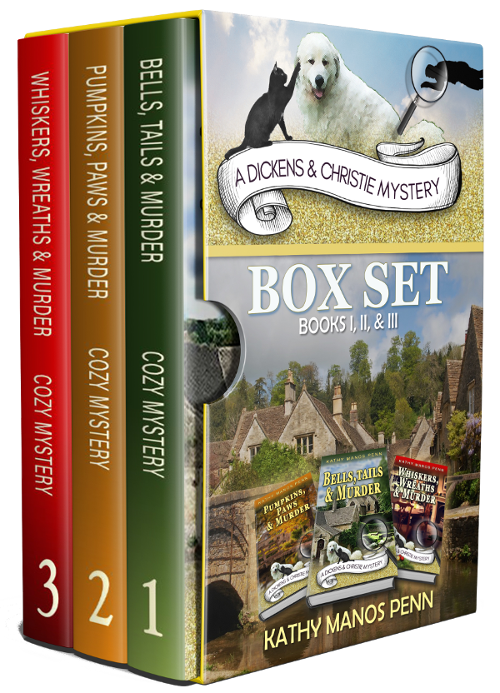 A Dickens & Christie Mystery Box Set
Books I, II & III
If you like clever senior women, deep friendships, and amusing animal sidekicks,
you’ll love this cozy mystery series.
When tragedy rocks her world, Leta Parker hops across the pond to mend her soul. Will a murder in her tranquil hamlet upend her plans . . . or can she catch the killer and still be home for tea?
Dive into the first three books in the delightful Dickens & Christie mystery series. Do you like compelling characters, cultural backdrops, and talkative four-legged friends? Then you won’t want to miss these clever whodunits.
Get the box set on Amazon!
**Coming Soon!** 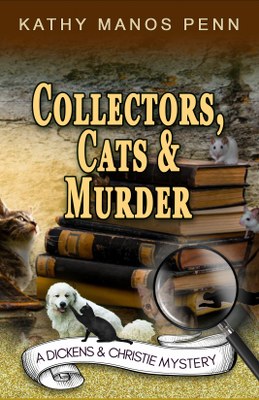 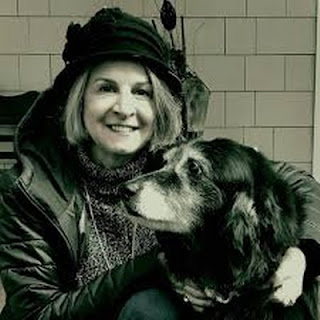 Picture me sitting serenely at my desk surrounded by my four-legged office assistants. The dog warms my feet, and the cat provides the purr-fict background music. I sip hot tea, sift through handwritten notes, and place fingers on the keyboard as thoughts take shape. Such is the joy of writing.
As a child, I took a book everywhere—to family dinners, to doctor’s offices, and of course to bed. Years later, a newspaper article inspired me to put pen to paper and submit my thoughts—my words—to the editor. Before I knew it, I was writing weekly columns and blogs. Then came a book co-written with my dog. (What? Doesn’t everyone do that?)
Now I’m living a dream I never knew I had—writing cozy animal mysteries featuring a dog and cat who talk to their owner. If a dog can write a book, surely animals can communicate. Naturally, my office assistants help with the dialogue. And, yes, they are angling to be listed as co-authors.
By the way, if you can’t find me, I’m traveling in the UK doing research for my next mystery—don’t judge.

Follow the tour HERE for special content and a giveaway!
$25 Amazon
a Rafflecopter giveaway
Check out the whole Tour Schedule

Musings From An Addicted Reader

Momma Says: To Read or Not to Read

A Wonderful World of Words

IndiePowerd by No Sweat Graphics

Books all things paranormal and romance

4covert2overt ☼ A Place In The Spotlight ☼

My Plans Are Booked  - REVIEW

I, of course, am biased, but I'd have to agree. It was certainly fun to write!! Hint: If you'd like to catch up on the series before the 4th book comes out in Feb, the box set will be on sale for a limited time beginning Christmas Day!!