This post is part of a virtual book tour organized by Goddess Fish Promotions. Colleen McMillan will be awarding a $25 Amazon or B/N GC to a randomly drawn winner via rafflecopter during the tour.

Every small town has secrets...

...most won't get you killed. Maddie Decker escaped Sterling Falls just after high school and never looked back. She was sure nothing could convince her to return. Until an urgent message from her high school best friend arrives begging
Maddie to come back before he dies changes everything.

Once there, tattered relationships and long forgotten memories are pushed aside when a mysterious presence appears, Maddie uses her professional training to help discover who is killing the residents of Sterling Falls, even if no one wants her there.

Can Maddie survive the homecoming she never wanted? 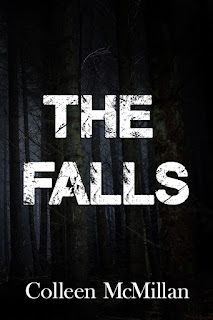 When they reach the paddock, the gate is open, ripped apart. Boards lay shredded on the ground, splinters everywhere. It looks as though a tornado tore through, demolishing the wood. The ground is destroyed as well, mud and grass everywhere.

They get out of the truck, and the smell hits Charlie like a hammer. Alpacas are very clean animals, and their manure is not as pungent as other livestock, but the scent of twenty animals all emptying their bowels at once will knock a person flat. There is also a whiff of metal in the air, like copper or iron. Charlie runs through the decimated gate.

Flies buzz around the paddock, their wings beating a rhythm in Charlie's head. The insects settle on the bodies, feeding in clusters. They swarm, forming vaguely alpaca-shaped lumps so the animal fur looks black.

They are scattered around the paddock, but Charlie isn't sure if all twenty bodies are there. The ground is stained dark red with pools of blood. Limbs are scattered, as if each animal exploded. Some of their necks are twisted completely around, and bowels litter the area. Something tore each of their bellies open and spread the organs; half-digested hay and grass steam in piles near some of the bodies. Charlie has a horrible thought of nightmarish pinatas spilling morbid candy.

He walks into the paddock toward the nearest body, pinkish white and brown. He thinks it might have been the pregnant one. Her eyes have been removed, and her tongue dangles from an open mouth. Her body is shredded, and Charlie has a view inside her torso, but there is no baby. He leans closer and touches her leg near the hoof. She is cold. The blood is sticky, and he tries to wipe it on his jeans, but the maroon color spreads.

He takes a step back, leans over, and pukes.

Jemma runs over to rub his back, and when he's thrown up everything from his stomach, Charlie screams. 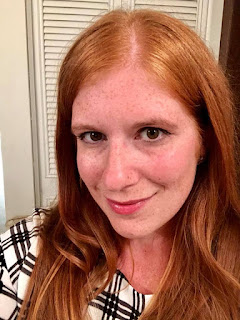 Born and raised in Minnesota, my writing focuses on the Midwestern United States. I've been a writer since I could pick up a crayon, pencil, or pen; there are more than a few stories about my macabre grade school writing interests, to which I just shrug. You can't blame a second grader for wanting to set a scary scene!

I attended the University of WI, River Falls for my undergraduate degree and completed my Master's degree in creative writing at the University of Kent, Canterbury, in the UK. For my dissertation research and inspiration, I lived in Canterbury, Paris, and Edinburgh. Paris is my second home and favorite city, so don't be surprised if it turns up in my work.

My two most influential authors are Stephen King and Flannery O'Connor, and my dream is to establish a Midwest Gothic tradition.

I currently live in Minnesota with my jerk of a cat, Duncan. I love living in the most beautiful state in the country, but I always feel Europe's pull...

1. Does this book have a special meaning to you? i.e. where you found the idea, its symbolism, its meaning, who you dedicated it to, what made you want to write it?

I've been working on this story since my years as a creative writing major in undergrad. It started with one story, which led to three more. I had a mini-collection on my hands! And I had even more ideas about what the townspeople could get up to. This led to me wanting to write about grief but give it a genre spin. I've always enjoyed mysteries and horror, so that's the angle I went with. It's dedicated to my family, who put up with all my writer shenangians.

2. Where do you get your storylines from?

I get inspiration from many different places. Things I read, watch on TV, people I meet in real life, scenic trails. I was out running once and got an idea that became a 100 page novella. Just from seeing a plastic bottle floating on a pond. You never know when the muses will strike!

3. Was this book easier or more difficult to write than others? Why?

The first draft was very long! My poor, sweet editor. Parts of it were difficult. I think I stopped writing for about six months when I got to page 200. After that, I picked back up. I spent a weekend away from everyone in my life, just so I would be forced to work on it. Wrote 250 pages in four days.

I think my first book was harder to write, mainly because I was trying to prove that I could write a full novel. I got writer's block for a year with that one.

4. Do you only write one genre?

I have my wheelhouse, but I like to try new things. My first book was a romantic comedy (not at all what I usually write), and my second is mystery/horror. Stretching those author muscles is fun, and you can find something new you enjoy writing about.

5. Give us a picture of where you write, where you compose these words…is it Starbucks, a den, a garden…we want to know your inner sanctum?

I like to write where I can observe people. I finished my first novel at a coffeeshop. The Falls was finished at my apartment, but I still had music going. I like ambient noise. Writing in silence doesn't work well for me. Writing in restaurants or coffeeshops is preferrable, since I can people-watch. You can get a lot of ideas from watching people interact, get a feel for how they talk, facial expressions. It feels like you're in a spy novel sometimes! And smelling fresh coffee doesn't hurt.

6. And finally, of course…was there any specific event or circumstance that made you want to be a writer?

I've been writing for as long as I can recall, little drabbles here and there. I've always loved reading, losing myself in stories. My mom would read to my brother and me when we were young, and that interest stuck with me. I can read pretty quickly, sometimes alarmingly fast, especially if I like the story. That's what I'd like to do as an author: make people stay awake until 2am because they couldn't put my book down.

Thank you so much for hosting! I can't wait to see what people think of Sterling Falls!

This looks like a great read. The book excerpt is intriguing.