What a Godly Priviledge To Be Born A Man

This book is inspired by true events.

Chosen from among the mob of her boyfriend's girlfriends, married in the most secure, respectful, and honourable way known to the people, Nyayang Jock, a girl born without a brother, won the race, defeating her top co-girlfriend, Sarah, by being the youngest over Sarah born with brothers. At the least, unlike ninety-nine percent of the girls of her generation and how they were married, it is safe for Nyayang to say she was married for love to Chuol Malual, a businessman who was born into a big, rich family.

Nonetheless, unlike the expectation of her in-laws, the unattended attitude of the nature secretly stabbed Nyayang in the back, leaving her to fail and creating the family Chuol and his family fundamentally paid the forty cows for. After waiting for what seemed like a decade for her to get pregnant, she gave birth to a girl, a thing that only fueled the resultant ager. Taking a long time to get pregnant and only giving birth to a girl when she should have birthed a boy called for a quick search for another wife. For Chuol's parents, this was a search for a working womb, but for Chuol it was just a search for wife number two, which he found hard now that he realized most girls showed many of the characteristics Nyayang had shown; however, eventually all displayed some problem.

But that all changed when he accidentally stumbled upon Sarah again, who instantly restored his manhood. Sarah not only filled Chuol's life with the boys he had been looking for, but she had her chance one more time to not only show Nyayang that it is the woman born with brothers who wins, but that the woman who has the ability to birth boys is the ultimate winner. But values-setting, worth-determining, and love are all weaknesses in society. There is only one true winner, and that is the neighbor, the seasonal enemy, the chaff buyer, the Murlen man.

A very, very difficult book to read. Not in its format, or the writing style, but rather in its content. I would imagine this was even more difficult to write than to read.

Having grown up in the Western Culture, I must admit this whole description seems almost unbelievable to me. Part of me was feeling sorry for the females of this society while part of me was angry that they would stand for it. A very difficult thing to imagine yet a book which probably needed to be written and also needs to be read. 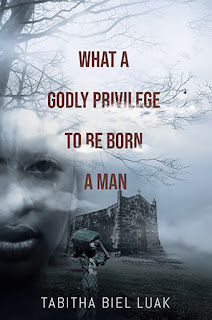 “Have you thought about what we discussed?” asks Mr. Malual as the two still stand. But Chuol, who is reluctant to discuss this mindboggling matter again, decides to remain quiet.

Mr. Malual gently puts his hand on his son’s shoulder and leads him to the “daddy room.”

Inside the room, the two sit down opposite each other. “Chuol,” his father says, “I’m getting old and your mother is, too. You see, my son, all of these come to pass: fame, girls, all of it. But when a man passes and leaves a family behind, there is a legacy. If I pass away today, I wouldn’t worry because I would know I have you. But what if you were to die today, what would you leave?” The tension in the room can be felt.

“I want you to find the woman of your dreams. But I have one thing to say on that matter.” Chuol glances at his father sharply. “You are walking to the girl’s parents in the daytime and telling them ‘I’m marrying your daughter,’” says his father.

“I don’t care,” his father rebukes him. “What makes you think you have to steal at night?”

“It’s not stealing.” Chuol raises his manly voice and is almost at the point of leaving the room.

“Chuol, you know I’m a very respected man in this community. And I have enough to give in return to the girl’s parents you choose. Don’t try to make me feel small among men.” His father slams the arm of the chair he sits on as he pushes the discussion onto the little man’s throat.

Chuol looks at his father for a moment and remains quiet. “So, are we agreeing on this?” his father demands. His son throws his head aside, for he doesn’t want to acknowledge the way this discussion is going against his will. I’m not going to do this, he thinks to himself while frowning.

To him, life’s freedom is about making decisions on one’s own. Especially when you are this young. Having had ten most sought-after girls as his girlfriends, Chuol cannot not picture himself arriving in front of one girl and explaining in detail that he is marrying her in the daytime. He just cannot not wrap his head around it.

“I’m not ready,” exclaims Chuol. But unfortunately, this beautiful notion is not negotiable. It’s a father’s obligation to be involved in finalizing the legacy of his son.

The father drops his head upon hearing his son deceitfully grabbing at a worn-out branch.

The two go quiet for a minute. “So, when are you going to be ready?” asks Mr. Malual. Chuol still makes it his business to be quiet.

“Okay, then. Let’s open up a different chapter.” Chuol brings back his head after hearing his father say this.

“So, if I’m not banned from asking questions. What kind of women do you prefer? Or attributes, I should say.”

“Baba, I told you I’m not ready. I will let you know what I’m looking for in a woman once I’m ready,” he responds to his father in an irritable voice. 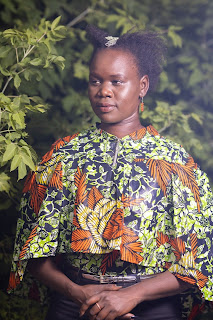 Tabitha Biel Luak is a South Sudanese-Canadian author. Tabitha was born in South Sudan, Africa. She relocated to Edmonton, Canada in 2011. Tabitha is a mother of two beautiful girls. She is currently taking her bachelor degree in Psychology. She is very passionate about helping her community grow. She is involved with youth in helping them reconnect to their roots by learning about where they come from. Tabitha is a gospel singer who also writes and sings songs  about social issues.