Young Mackinsi Wrighton has always been a dreamer. After he accidentally uncovers a hidden world around him, he discovers he is a Stormbreaker...a warrior of light destined to face an ancient evil called "Destroyer". Possessing supernatural powers and weapons he has no idea how to use, Mackinsi must unite the other Stormbreakers against Destroyer's fiends before Destroyer pulls our dimension into a relic of evil called the Heartstone.

Along his quest, Mackinsi will find love, loss, and adventure as well as a secret that will shake the very foundation of reality itself.

From sword fights on the skyscrapers of New York City to the underwater grottoes of prophecy, Stormbreaker will take you on an action-packed thrill ride of imagination and modern-day magic and leave you breathless. Described as a combination of The Matrix, Constantine, and the Lord of the Rings, Stormbreaker is a modern fantasy brimming with originality.

Matt Sconce is a filmmaker, writer, theater owner, husband, father and the author of the novel Stormbreaker. He has written stories since he could hold a pencil. Matt began writing Stormbreaker in college where he achieved a Bachelor’s degree in Communication.

He has spent the last decade writing and directing feature films, seeking to inspire audiences with new stories and moments that will surprise and entertain them.

Matt wrote Stormbreaker to read like a movie, to zip along and carry the reader through the story as fast as they can visualize it. A master of martial arts, Matt wrote detailed battle sequences he hopes the reader can see, hear, and feel.

He is excited to take you on this action packed thrill ride full of twists and turns, battles and blood, light and darkness. 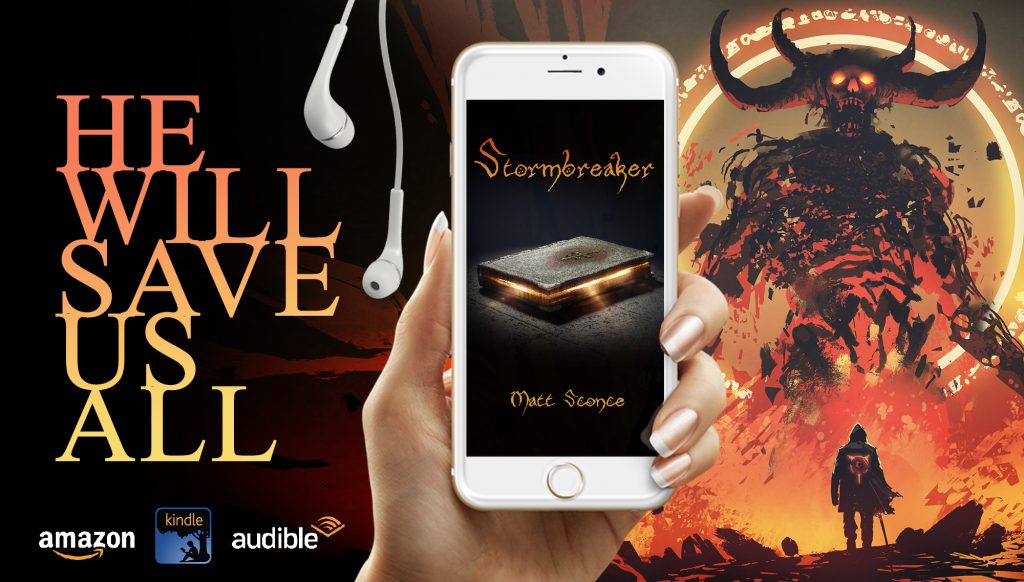 Plugging you into the audio community since 2016.