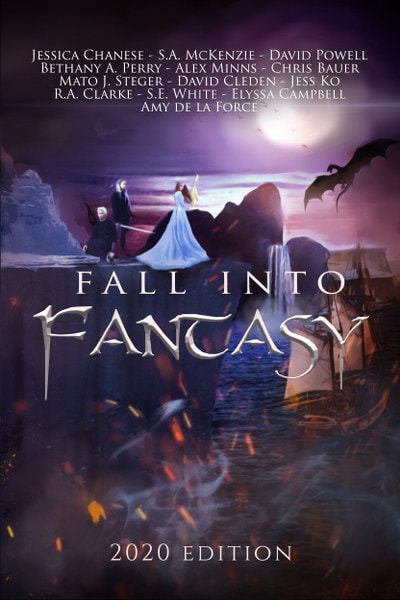 Fall Into Fantasy 2020 brings you thirteen tales from authors new and familiar. Our authors explore many subgenres of fantasy and ask questions like, "What if someone out there is writing your life story?", "Can you change your reality through dreams?", "If someone is so securely locked away, is there a reason?", and "If you could do over a decision in your life, would you?"
They bring you wizards, a magic hat, vampires, and fantastical creatures to tickle your imagination. They explore social media challenges and the powers of a child's imagination.
Come along with us on these journeys. You may just find a new favorite author to follow.
Stories In This Edition:
"The Scribnery" by Jessica Chanese
"First Encounter" by S. A. McKenzie
"Three A.M. Challenge" by David Powell
"The Magnificent Hat" by Bethany A. Perry
"The Prisoner's Cage" by Alex Minns
"World of Your Dreams" by Chris Bauer
"Stardust & Lies" by Mato J. Steger
"Museum of Lost Souls" by David Cleden
"When the Last King Dies" by Jess Ko
"Mr. Regret" by R.A. Clarke
"The Princess in the Tower" by S.E. White
"Slay a Fledgling" by Elyssa Campbell
"The Overlander's Poison" by Amy de la Force 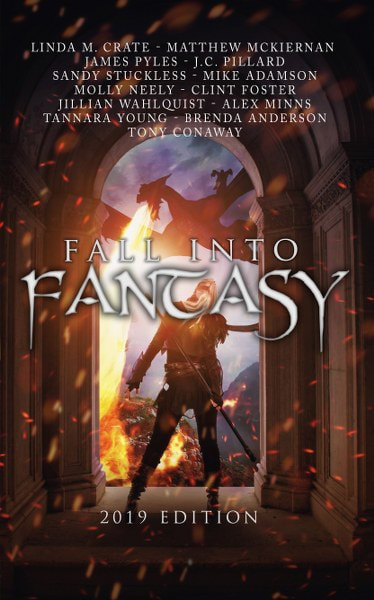 Fall Into Fantasy 2019 brings you 13 tales from faces familiar and fresh to our family. As you read these pages we hope you, like us: will laugh, cry, and hopefully keep down your lunch. We bring you stories of vampires and faeries, wolf men and spirit children. You’ll find supernatural sirens and super intelligent felines. Magical people and even a magical goat that will certainly make you laugh. Be careful with your social media and hopefully you’ll still be able to stomach pepperoni after you read these tales. Warlocks and witches, including an interesting take on Lilith. Meanwhile, our favorite Sandhog tangles with Homeland Security and a Minotaur. Join us for a romp through these fantastic tales of fantasy. We’re sure you’ll find something you like.

“What’s In A Name?” by Linda M. Crate
“The Maiden’s Sacrifice” by Matthew McKiernan
“The Demon In The Mask” by James Pyles
“Runa and the Dark Forest” by J.C. Pillard
“Unfollowed” by Sandy Stuckless
“The Demonologist of Kraith” by Mike Adamson
“Possession is 9/10ths of the Pepperoni” by Molly Neely
“Lesser Men” by Clint Foster
“Wyrwood” by Jillian Wahlquist
“The Hanged Man’s Hand” by Alex Minns
“The Weeper of Kirka” by Tannara Young
“The Fig Merchant’s Daughter” by Brenda Anderson
“The Minotaur” by Tony Conaway 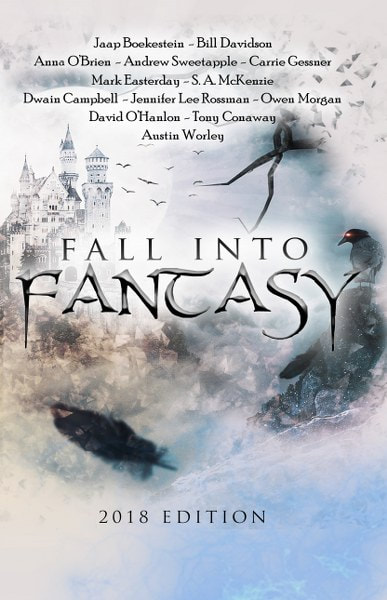 “The Dance of Wind and Water” by Jaap Boekestein
“The Sad Girl, A Fairy Tale” by Bill Davidson
“Dinner Plate Dahlias” by Anne O’Brien
“Twice Dammed” by Andrew Sweetapple
“Steeping Spells” by Carrie Gesner
“Talisman” by Mark Easterday
“Fluffy” by S.A. McKenzie
“The Witch of Endor” by Dwain Campbell
“Harvest” by Jennifer Lee Rossman
“On Wings of Thunder” by Owen Morgan
“Serpent’s Rock” by David O’Hanlon
“It Only Takes a Moment” by Tony Conaway
“Storming Gelon” by Austin Worley 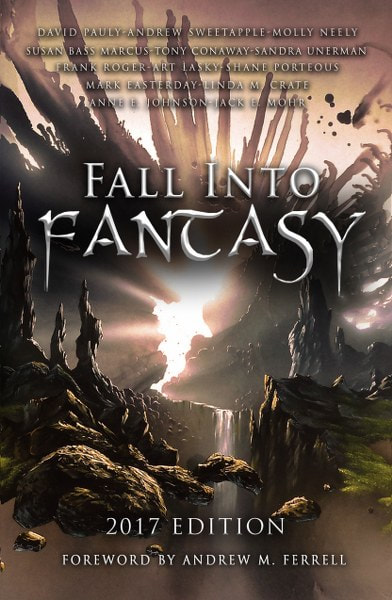 Fall Into Fantasy contains thirteen unique takes on the Fantasy genre from authors of all walks of life, from prolific authors, to newcomers. With everything from dwarves and magic, to zombies and a bookstore that can transport you to other worlds, there is something for everyone in these pages.