Jacqueline Ruby and Marcellus Moses will be awarding a $10 Amazon/BN GC to a randomly drawn winner via rafflecopter during the tour. 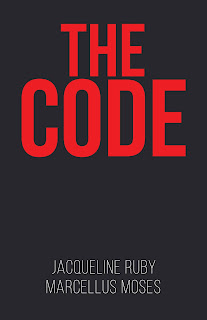 The story of the two entangled stars is well known.

Their parallel rise to fame and their fateful meeting on the Tonight show all played out in real time before their legions of fans and detractors.

Now, for the first time, their inside story, their secret story, is told by those who were closest to them...

Jacqueline (Jack) Ruby, super agent, reveals the methods that allowed Albert Collins to become the most desired man in the world. She takes us behind the scenes to the bankers, film producers and heiresses that made Albert into the very definition of manhood in the 21st. century.

Marcellus Moses does the same for Memphis Smith. He shows us the arrests and prison fights, the raw racism and brilliant talent that made Memphis Number One With A Bullet.

Jacqueline and Marcellus tell their insider accounts to the award winning novelist, Susan Brown, who weaves it altogether in the thunderous adventure of The Code.

There are so many hidden innuendos here. At least it seemed so to me. The moral of the story is that some people can be fooled so easily, or do we call it mesmerized? Or can it be that we want something so badly we’re willing to believe even the things that we know in our hearts aren’t true? It’s as if the two main characters here fell down the rabbit hole. First Albert, the professor and then Memphis, a tough and sometimes violent criminal.

This book does something I have often criticized. It switches back and forth between main characters almost chapter to chapter. But somehow, I was never lost here. Never once confused by characters in each parallel story. And somehow it all became woven together.

I think the people in this story and their vast differences and yet likenesses, are the innuendos I mentioned. This is a worthwhile book to read and take for what you want. I bet many people have different opinions when they finish.  Not opposing opinions about it being well-written. There will be plenty of people who will agree with that. But I do think many people will vary in what they think of its meaning and what they will walk away with from having read it.

Both the authors of this book have some background to draw upon for this story. If they have written another book, I can’t find record of it. If this is a debut novel, it’s a showstopper.

Jack watched the expressions passing across Albert’s face as he oscillated between doubt and his secret belief that he deserved something better, much better. She saw him more clearly than ever, tugged between his two ways of being. She knew that he too, like all her clients, wanted and needed to be someone special, to be someone who was admired, loved, respected.

“Remember, Professor, when I said we would find your brand? Well, we may be beginning to see it. I’m not promising anything, but if Edward and I are right, and if we can build on these results, we may be on to something.”

“How will you build on the results?” Albert asked. “Another video?”

“We need to see if this reaction will stand up over time. I don’t know. Maybe the screen test is a flash in the pan, maybe it’s a one-off that can never be duplicated. I don’t know. It’s impossible to say until we see whether you can get the same response doing something else. We need to know if the magic belongs to you or is just a fluke of the test.”

“I don’t know yet. I need to think about it. But whatever the next step, this is a great first one, a really great first one. I ask you only one thing: don’t do anything or talk to anyone about what you’re doing until we’re clear where we’re going.”

“Your wife, if you want, but nobody else. It’s likely to be a delicate operation. We don’t want to tip our hand before we’re ready to show it; you need to trust me. Will you trust me again?”

about Jacqueline Ruby and Marcellus Moses... 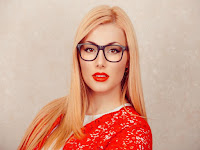 JACQUELINE (JACK) RUBY is the founder and CEO of Jack Ruby and Associates, New York’s premiere talent agency. She is the co-author of The Code, a book based on real life events involving celebrity, greed, adultery, vanity, and violence. From the nation’s mansions and universities to TV shows and Instagram accounts, The Code reveals the inner workings of celebrity culture and moral decay permeating it.

MARCELLUS MOSES is the head of Bad Man Records. Among others, he has built and managed the career of Creep-E and Fat Marcus.

Jacqueline and Marcellus tell their insider accounts to the award winning novelist, Susan Brown, who weaves it altogether in the thunderous adventure of The Code.