This post is part of a virtual book tour organized by Goddess Fish Promotions. Maggie Thom will be awarding a $20 Amazon or B/N GC to a randomly drawn winner via rafflecopter during the tour. Click on the tour banner to see the other stops on the tour. 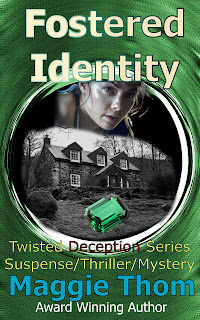 Her teenage sister has run away. It's her fault. And on her watch.

Shyla thought she was doing the right thing by helping her teenage sister get a little freedom. She never expected she'd bolt on her. Desperate to keep their mom from discovering she has a missing daughter, Shyla sets out to find her wayward sister.

A fluke encounter gives Shyla a clue. Only she gets a lot more than she bargained for. She finds her sister, but she gets pulled into doing a heist. An impossible heist. And not just any heist but that of stealing her mom's million-dollar jewelry. Ones that recently arrived, with no explanation...

Damien is a good guy running from an awful past. When his brother ends up in the hospital, Damien is determined to stop the one man who has and is destroying their lives—their father. Damien will break all of his promises, even steal, if it will end their father's control.

Shyla and Damien find themselves thrown together, not trusting each other but not having any choice. They will have to work together if Damien is going to stop his father once and for all. And if Shyla is going to protect her family. An impossible crime that will bring them surprises they didn't see coming.

Can they catch a thief by being a thief?

Emerald grew up in a foster family. It wasn't an ordinary foster family. She was the first of eight girls to move in. The jewels that she was given to play with as a teenager, that she was told were baubles, are now resurfacing thirty-five years later. They are worth millions. And it appears worth stealing. Who is sending them out? And who wants them back at all costs?

“…fast-paced and kept me guessing. I like a mystery enveloped with family secrets and jewel thieves. I want more, and I want to know the secrets. I will be excited to read the second novel…” Author Christine H-Jackson

"When did I come in? I had an accident, right?"

"You came in this morning. You had a lump on your head, with no idea how you got it. I don't know if you were in the same fight as your brother?" "My brother?" It came flooding back really fast. Jordan had been beaten and he was sure that if his dad hadn't done it, he was at least responsible for it. "Where is he?"

The nurse nodded at the curtain. "The other side of that."

Damien sat up and swung his legs over the side before the nurse could stop him, but she was there quickly, blocking his way. "Uh-uh. I'll open the curtain so you can talk to him. But he is still out. He has come to a few times but still needs his rest."

She got Damien settled and then briskly walked around and pushed the curtain back to the wall. "Anything else?"

Damien shook his head, not bothering to look at her as she left. His gaze was glued to his brother in the other bed.

"J? … Jordie? … Jordan?" When there was no response, Damien glanced toward the door before easing himself out of bed. Taking a moment to let the earth stop spinning, he grabbed his IV and made his way over to his brother's bed. He reached for his brother's hand. "Jordie. I am so sorry. I swear that son-of-a-bitch will pay for this. Never again. Never again."

He made his way back to his bed, easing himself down. Resting his head on the pillow stopped it from pounding so much. At some point, he must have dozed off. Sounds brought him out of his sleep. This time though, he remembered where he was. 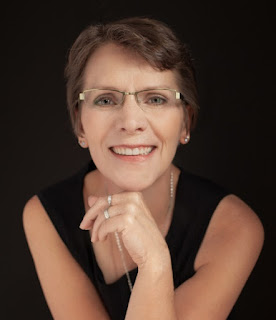 Take the adventure beyond your fingertips.

Multi-Award-Winning Author, Maggie Thom has written all types of stories but finally settled on her love of puzzles, mysteries, and rollercoaster rides and now writes suspense/thrillers/mysteries that keep you guessing and take you on one heck of an adventure.

She is the author of 8 suspense/thriller/mysteries. The award-winning Caspian Wine Series – Captured Lies, Deceitful Truths, and Split Seconds – and her other individual novels Tainted Waters, Deadly Ties, and Fractured Lines. And now a new series – The Twisted Deception Series - Fostered Identity, Book 1. On her website, you can find her free novel – Blurred Lines.

Her motto: Read to escape … Escape to read …

"Maggie Thom… proves her strength as a master of words, plots and finely chiseled characters… she weaves a brilliant cloth of the many colors of deceit.” Dii – TomeTender

For all book links: https://books2read.com/FosteredIdentity

Thank you for hosting my new book, Fostered Identity. I truly appreciate it.