This post is part of a virtual book tour organized by Goddess Fish Promotions. Kathy DiSanto will be awarding a $15 Amazon/BN gift card to a randomly drawn winner via rafflecopter during the tour. Click on the tour banner to see the other stops on the tour. 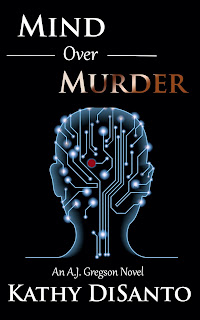 She’s been gifted with The Sight, but she didn’t see this coming ….

When happy, upstanding citizens of New Frisco start to murder complete strangers, then die by suicide an hour or so later, crime reporter A. J. Gregson is determined to find out why.

Teaming up once again with CIIS Special Agent Jack Eagan—a man who’s rapidly becoming more than just another need-to-know fed—A. J. and a handful of others find themselves racing against the clock to stop the bloodshed.

Who or what is compelling these people? And who will be the next to die?

This was a fast read for me. Not particularly because it was an easy read but rather because it kept me turning the pages. I tend to love sarcasm and the dialog between the characters made this fun for me.  I will say that there were times I felt the conversation had an odd rhythm to it for the reader. There was a lot of dialog, and this can sometimes cause the reading to seem uneven.

Overall, an interesting take on a somewhat new storyline. I liked the mystery wrapped up in a sort of fantasy. Good characters and mystery in a new world. Mind over Murder is Book 2 of a series titled “A. J. Gregson”. Kathy DiSanto has several books published. All have good reviews. https://amzn.to/3cXAS9C

Apparently unaware of our presence, the unblinking intruder plunged a ten-inch sashimi knife hilt-deep into his left breast and ripped the blade across to his sternum. Blood jetted, hot and coppery, spraying the counters, the floor, and those of us unlucky enough to be standing nearest his left side ... Then he toppled face first to the floor. 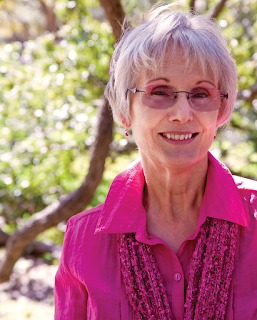 Her love of words—bamboozle, finagle, sprocket, flabbergast—inspired her to study German in college, because gaining access to a host of words in another language was a fascinating prospect. How does one resist expressions like Kummerspeck and Freundschaftsbezeugung, for example? As she's fond of saying, "That would take a better woman than I. (Or a better woman than me, if we're sticking with the colloquial and conversational.)" In addition to sating her verbal appetite with marvelously multisyllabic, tongue-twisting words, studying the German language challenged her inner Grammar Stickler in strange and mysterious ways. Thus, she considers her choice of an otherwise questionable major a win-win.

Her career as an author officially began in 1997, when she published two books with Bantam's Loveswept line. Her books to date include:

In addition to writing highly regarded fiction, she worked for many years as a communications specialist for Texas A&M University. Since retiring, she has done freelance writing. All told, throughout her career and after, she's written several hundred feature articles for magazines, the web, blogs, and newsletters.

The mother of two talented professional musicians—and G-Mom to the cutest little boy EVER—Kathy is also a dedicated rescue dog mama, a U.S. Air Force veteran, and a late-blooming home improvement fanatic. She enjoys writing, reading, going to the gym, walking the dogs, and dancing like nobody is watching anywhere her sons are playing.