This post is part of a virtual book tour organized by Goddess Fish Promotions. Rachel Pfennig Hales will be awarding a $10 Amazon or B/N GC to a randomly drawn winner via rafflecopter during the tour. Click on the tour banner to see the other stops on the tour.

It’s show night. You’ve bought tickets and are waiting with your friends. The lights drop. The darkness swells in anticipation. A collective cheer grows. A breath of silence. Then, that first chord screams from the speakers. Lights flash to flood the stage, radiating as the concert comes to life.
We are there, too, in the dark under the show, behind it, and above it. Each prop or cool trick, every costume or scene change requires the hidden help of someone behind the scenes...

In a few hours, you will have gone home, but we will still be here, tearing it all down. We will pack up the gear, load up more than a dozen tractor trailers, and head out to the next city. Tomorrow, we will build the production again in a new building. We’ll greet another audience. We’ll put on another show. From load in to load out, watch a production build toward show time. Hear true stories from the rock and roll roadies who’ve helped create the world’s biggest concert tours with interviews from dozens of touring technicians. 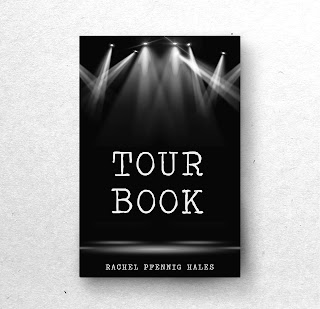 Everyone wants to hear the crazy stories. They want to hear about the celebrities, their flaws and their weird, fabulous quirks. They want to know about drugs and sex, and surprisingly little about rock and roll. They want to hear about the late nights, the VIP parties, the swag. Maybe they’ll listen to accounts of long hours and grueling conditions. Maybe they’ll ask about the technology. But really, they want to hear the tabloid version of backstage. That part does exist, of course. I once saw Tom Cruise sing karaoke at some afterparty in Malaysia, and then again in Vancouver. I’ve helped Santana move a couch and babysat Slash’s kid during a show. I’ve toasted with Dom Perignon, even though I couldn’t pronounce it. Once—and only once—I walked into a hotel room and saw a literal mound of cocaine. I’ve been to the Grammys twice, as well as the American Music Awards, and stood in the back parking lot at something for MTV. Admittedly, I’ve always used the stage door and never once walked a red carpet. I stood on the field at the World Cup in South Africa. I’ve rocked out with Ryan Seacrest for New Year’s. I’ve flown charter. I’ve missed a few commercial flights. I have visited five of the seven continents, and in 2010, I ran out of passport pages. I’ve worked shows at Madison Square Garden, the United Center, the Staples Center, the Grand Ole Opry, and the O2 arenas in London, Berlin, and Dublin. I’ve worked four shows in old Italian castles and one at a Target. 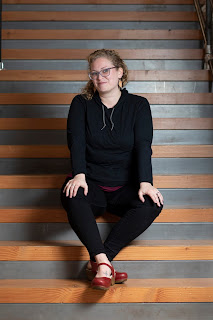 Rachel Pfennig Hales has always loved show business. From theater as a child, to a brief stint in television production, she found her niche in live event production. Rachel was able to start her career touring around the world with the Black Eyed Peas, and then with Lynyrd Skynyrd. Now, she is the Client and Community Development Manager at Rock Lititz, helping with various touring rehearsals and building up the live event culture on campus. Rachel also does a lot of writing, within the live event industry and beyond. She has BAs from DePauw University, an MA in English Studies from National University, and an MFA in Creative Nonfiction from Goucher College.