Faydra “Spider” Green has had a storied career as a Navy lawyer, all while juggling being the daughter of a former U.S. President. She has successfully navigated complex diplomatic situations, pulse-pounding legal investigations, and dangerous military missions, managing each time to save the day. But now, Fay finds herself faced with a task unlike anything she has ever tackled before: fierce mafioso Roman Justine, the man who had nearly cost Fay her life, has seemingly returned from the dead. Now, Justine, hellbent on revenge, poses a threat to Fay and national security. Fay will have to go to extraordinary lengths to stop him, even tampering with the bounds of time and space.

Katrinka Lavrova is a young Russian espionage agent discovered by Russian Navy Captain Lavrov at the age of nineteen. Katrinka worked as both a spy and a sparrow since age thirteen to support her aged parents. Lavrov rescues the woman and becomes her guardian. Captain Lavrov introduces Katrinka to Fay. Fay asks Katrinka to help her steal the top-secret plans from Roman Justine’s office safe. Fay grows fond of Kat and offers her a fresh start in the United States. Katrinka dares to hope for a better life by accepting Fay’s offer. 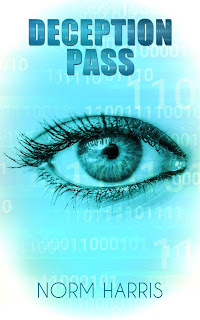 Fay sensed the presence of Death around her. In the curtains, in the book placed on the nightstand next to the bed. Even in the sunlight streaming through the window across the bed. Death lurked everywhere. Although she had experienced Death before, including three of her own near-death experiences, Navy Judge Advocate Commander Faydra Green had not gotten used to his genius. Then again, Death was not a person. Although he was, without a doubt, a man. His costume was complete with a giant sling blade and a black hooded cape shrouding his white, pasty face. Those closest to her seemed to die. Her mother had died twenty-eight years before in an automobile accident. An accident had left her half-sister, JP Fletcher, injured and near death. Her father, former United States President William Green, had died a little over two years ago. And she had killed a man. Oh yes, Fay knew Death quite well.

Faydra Green, known as Spider, has murders to solve and her own back to watch in this 3rd book of the Spider Green series.

This is a true mix of a thriller with a little fantasy. To be honest I didn’t know how I was going to feel when I read this was a legal thriller with some time-travel mixed in. Actually I didn’t see how it could work, but...Norm Harris seems to have done it. He’s created a suspenseful story with a little different storyline. He’s changed our picture of Spider Green, a kick-ass female super woman. Somehow, he’s kept her strength while introducing her weaknesses. He seems to have made her more human.

This is the third book I have read by Norm Harris. There are 4 in the series to date. When I started this one, I almost felt there was too much going on. But then I remembered that in my first review of his books  (Fruit of the Poisonous Tree), I wrote that Harris seemed to be able to have many layers going on at one time. As I read on, I began to realize it’s something he handles with ease. Points and characters and the plot, seem to unfold.

After thinking through what I am trying to describe (not very well I might add), I’m going to say this isn’t a beach read. It’s not a difficult read. But you need to really like thrillers. You need to like lots of suspense, “sit on the edge of your seat” type books. And...you need to like to concentrate a little on a deeply written fiction book.

I hope I’m doing this book the justice it deserves here. Spider Green is a great series. All have good reviews. Check them out. https://amzn.to/3NVQzO6