A young mother, Mt Askja and an unbreakable love in the harsh landscapes of Iceland in 1850, a young girl loses her mother and struggles to grow into a woman alone with only her father’s help. Throughout the breathtaking 20-hour daylight summers and the bleak darkness of winters, Margret falls in love and dreams of a large family but the path to her future is rougher than she expected. The Origins will take you back in time delighting you with endearing Icelandic heritage, visual feasts for the mind and gripping you with the struggle to stay alive on a volatile island.

Experience the rich journey of a 19th century woman who proves that even the weakest people can become stronger than anything you can imagine.

I have read all the books in this series. I did not think it possible for Book 4 (The Origins) to be just as good if not better. But Boulet has most certainly done it again, created another winner. Set in Iceland with its unstable earth and constant earthquakes, the Olason family tries to live an everyday life of farming but life can be unstable in and of itself.

This story has a little of everything. It is a story of love and young romance, and it is a story of life and the hard times that come with trying to exist. But this isn’t a story like many others. Its descriptions run as true to life in Iceland as possible. Don’t get me wrong. This is fiction, but the author has obviously done plenty of research. There are plenty of facts intertwined in this story and yet the writing makes the story flow. It almost moves too fast. I wanted to know the ending, and yet I didn’t want it to end.

I have said in another review that this is truly a saga. A beautiful series of a family’s struggles. One in which you almost become a part of them. You share their loves, their triumphs, and their losses. There are good times here, but I had tears in my eyes at times too.

The Origins is Book 4 in a series titled The Olason Chronicles.  Each book can be read as a stand-alone. I read Book 2 first when I found this author. This is such a beautiful story that I think you’ll want to start with Book 1 ( The Strong Amongst Us) so you can live every part of the generations of this family’s struggles and triumphs.

Margret stirred the soup slowly on the iron stove, worrying about her mother. She had always had a wheezy breath, and sometimes in the fields, she would start coughing hoarsely. In the middle of a harvest, she would take many breaks to catch her breath.

When influenza came into their home, Momma had nursed both her and her Pappa better with soups, hot drinks, blankets and loving care.

Some people had died from this nasty influenza. A few adults succumbed, and many babies died. Margret wrapped her momma’s red shawl around her shoulders and shivered. She couldn’t imagine a life without her momma. It was unfathomable. Momma would just simply have to survive. She must be here with them. 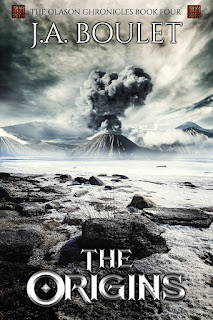 Margret would have to think positively. Such thoughts were like the devil trying to enter her brain. She had heard the pastor at the church say such things. That must be what it is, she thought.

She gazed through the kitchen window across the bleak frozen landscape. Iceland had some bad winters, but mostly it was bearable. Drift ice along the shores in the north brought cold weather along the eastern side of the island, and this past year was colder than usual. They lived on a sheep ranch near Horn. It was an expansive hilly countryside with beautiful views of the ocean to the east, and the mountainous regions rose to the west.

It was quite sunny today, and the weather was pleasant enough to lift her hopes. It was the start of spring and a new beginning. They had harvested all the weak animals before the last harsh winter, the neighbourhood community chipping in to help. Even Margret had been out in the fields tending to the vegetable crops and helping to build shelters for the remaining animals. The winter was typical, cool but pleasant with the ocean air, until January when the winter struck hard, with freezing temperatures and blowing winds. Sometimes the door would stick, the wooden frame swelling in the humidity, imprisoning them all in their home.

Margret sometimes wished she could fly away on a bird’s wings to a different country, somewhere more pleasant, somewhere easier. Her eyes glazed over as the sun shone brightly into the kitchen, warming her hands.

She was only a child, but she had her share of life’s tribulations. Her younger brother had died at birth, and her mother could not conceive again. The doctor said the blood in her uterus was no longer any good. Margret wondered if such talk was true or just a simple explanation for a complex problem.

The soup began to boil, and she grabbed the oven mittens. Margret lifted the pot to the side table, placing it on a large ceramic cooling pad. She ladled hot soup into three bowls. Hopefully, Momma would eat. She sat down and waited patiently for the bowls to cool enough to take one to Momma. Margret laid her chin in her hands and daydreamed across the bleak landscape. One day, she would grow up, fall in love with a handsome man and have many children of her own. She looked forward to that day. Margret always wanted a big family.

The longcase clock chimed at 2 o’clock in the afternoon. The sound awakened her out of the daydreaming.

She tested the soup with a small spoon and blew on it. It was cooled enough. She would feed her mother, and Momma would get better. 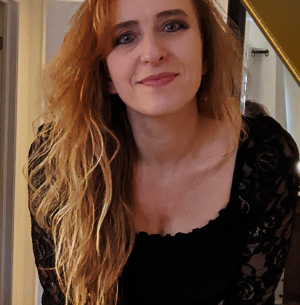 J. A. Boulet is the passionate author of The Olason Chronicles,  a historical saga of war, courage, love and strength. Her newest novel The Origins Book 4, the final book in the series, is being released on June 8, 2022. J. A. Boulet was born and raised in Western Canada as a first generation Canadian from European descent. Her father enlisted with the Hungarian military and fought bravely during the 1956 Hungarian Revolution, changing sides to stand up for what he believed in. He was granted asylum in Canada and built his family here.

J. A. Boulet was born many years later, raised with strong morals and values, which she stands behind to this day. She started writing poetry at the age of five and progressed to short stories and novels. She has a keen interest in ancestry, healing, family bonds and military history. J. A. Boulet writes with a spine-tingling realism like none other, grabbing your emotions and refusing to let go. The Olason Chronicles is the series you’ve been waiting for. Watch for the next book 1956: Love and Revolution (Dec 2022), a standalone historical romance novel that takes place during the courageous Hungarian Revolution.

Yes, this book touches my inner woman. I believe sometimes that Margret was very similar to who I was as a young woman. I lost my father at 19 and then my mother passed away in 2015. It felt like the color had disappeared in my life. It was a very difficult time for me. I did meet a man the following year and even though it didn’t develop into a serious relationship, he helped me to see the sunrises, the frogs in the grass and the 4am conversations under the stars. It really made it easier to find a path out of my forest of grief. I dedicated this book to my mother because of this. She was also a strong woman and, with only her actions, she taught me to be the same. The special meaning of this book is spine chilling to me because I am now a mother and my children will also be parents one day. History is written by every single human being so make decisions wisely and if you mess up, deal with it based on your values and integrity.

Good question! Haha! I have no idea! I have such a vivid imagination; it seems like somedays my characters make the stories themselves. Even though I structure the outline, research events and pick names, the storyline does seem to evolve on its own somewhere along the line.

The initial ideas for my stories are derived from my love of history. I regularly visit museums and chat with historians about wars, explorers, revolutions and refugees. The story then plants a seed in my brain which flowers into so much more several months or even years later!

I believe this book flowed very easily because the main character was a woman this time. In my other books the MC was a male. Even though, those books flowed smoothly also, something about writing from a female perspective brought it very close to my heart. The emotions, the sexual arousal and the struggles were all very real and feminine to me.

I write my first draft on my sofa with pillows, blankets and my laptop. The story editing and interviews I normally do anywhere, in my office, on my porch swing and outside on my patio in the sun! But the first drafts are always on the sofa. I have no idea why LOL.

I’ve thought of this question often. Was it my difficult childhood that brought out my imagination in order to escape from reality or was I always born with the artistic ability to write stories from pure air? I don’t have the answer to that yet. I can tell you that I have been writing since I was 5 years old and I wouldn’t want to live my life without it.

Thank you so much for having me! I hope all of your blog readers love The Origins and I thank everyone for following along on my book tour! Lots of love and gratitude to every single reader who supports literary artists. Authors wouldn’t exist without you all. Hugs!