This post is part of a virtual book tour organized by Goddess Fish Promotions. Emily-Jane Hills Orford will be awarding a $10  Amazon or B/N GC to a randomly drawn winner via rafflecopter during the tour. 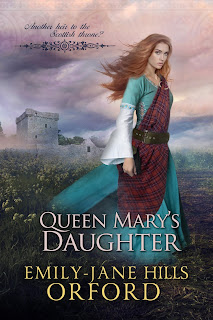 There are so many possibilities that affect the course of history. One change, one small item overlooked, can make a world of difference, not only in a person's life, but in the history and well-being of an entire nation. And then there are those multiple scenarios of what if? What if King James VI of Scotland didn't succeed in amalgamating Scotland with England? What if there had been another heir to the throne of Scotland? One who would secure its independence? Would Scotland have remained free and independent and a nation of its own well into the twenty-first century? And would Scotland, this independent version, make its own decision to join the European Union when its southern neighbor was choosing to pull away?


"Queen Mary's Daughter" presents another plausible timeline, one that incorporates both historical fact and fiction with the endless possibilities of time travel.


Read an excerpt...
“What?” the regent bellowed. “Not another Mary, and a Stuart at that. We cannot be related. Are we?” He winced in the dim light and bent forward to take a closer look. “You have her look about you. It is uncanny. You could almost pass for her. And that brooch. Where did you get that brooch?”

“I do not know, sir.” Mary Elizabeth took her time to choose her words carefully. She wasn’t sure how to answer about the brooch, so she steered clear of that comment, saying instead, “Are not all Stuarts somehow related?”

It was not the right thing to say. James Stuart, Regent of Scotland, was not amused. “Grab her. She must be a spy. Or a traitor. Either is punishable by death.” He pointed accusing fingers at the others. “The rest of you stay here. I will deal with this troublemaker.”

Emily-Jane Hills Orford is an award-winning author of several books, including Gerlinda (CFA 2016) which received an Honorable Mention in the 2016 Readers’ Favorite Book Awards, To Be a Duke (CFA 2014) which was named Finalist and Silver Medalist in the 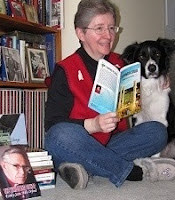 2015 Next Generation Indie Book Awards and received an Honorable Mention in the 2015 Readers’ Favorite Book Awards. She writes about the extra-ordinary in life and her books, short stories, and articles are receiving considerable attention. For more information on the author, check out her website at: http://emilyjanebooks.ca