This post is part of a virtual book tour organized by Goddess Fish Promotions. Sophia Karlson will be awarding a $50 Amazon or B/N GC to a randomly drawn winner via rafflecopter during the tour. 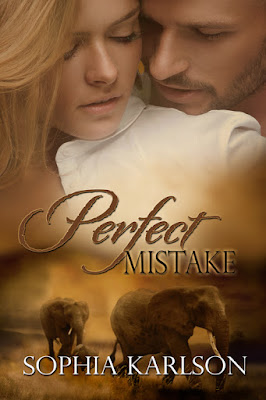 
Simone Levin had a dream job as a safari pilot until an unexpected pregnancy clipped her wings. Tired of juggling motherhood with her demanding flight schedule, Simone applies for an office job, unaware that her new boss is Carlo Carlevaro, the man who’d ditched her before finding out he’d knocked her up. Carlo returns to East Africa only to kill another fire—Ivory trafficking from his lodges threatens to destroy his company. Finding Simone back on the payroll comes as a pleasant surprise. As his employee, Simone is off-limits, but she is the only one he trusts to help with his undercover investigation. With time running out, Simone and Carlo strive to expose the trafficking ring, but working together rekindles their mutual desire. When Simone is implicated as a trafficker, revealing her daughter’s existence to Carlo seems inevitable. Acting on her instincts might come too late as the syndicate retaliate and hone in their threat. Will they survive to give their love a chance?

MY REVIEW
While romance is not my favorite genre, this book had enough suspense in the storyline to really keep my attention. The poaching scenes were awfully graphic, but I suppose that can also be described as realistic. While it might not be something I want to read about, it is a picture of reality and hurts none of us to be reminded about such emaciation of the African Elephant. But this isn’t a book written to sermonize on the poaching of the African elephant, it’s a book about love and communication and hurt and deceit.


As far as I can tell, this is a first book for Sophia Karlson and she has written a strong, yet easy to read book. One with well-defined characters. Of course, it never hurts to make them seemingly handsome and beautiful. Well worth the read.

Read an excerpt...
She glanced at him but had to look away from the intensity of his eyes, which held her with such dearness that she knew he’d spoken of her. Inwardly she trembled, her murmur of need escalating to an oscillating quake.

“Simone, there’s something you’re not telling me. If you are in trouble, please–”

She extracted her fingers from his, but he cupped her elbow in his hand. She felt like crying, but the only sound that slipped out was a strangled choke as she jerked away from him. “I’m in no trouble, thank you.” Four years too late for that one.

She wanted to laugh but it hurt too much. She had to phone her mom, but it would only be to confirm her suspicions. Her mother had never passed on the message that Carlo had phoned. Her eyes misted over and she had to blink, looking away. “I just wish someone could show me where I’m to sleep tonight.”

With me. He didn’t say the words, but they hung between them, heavy and drenched.

She curled her fingers into her palms, her nails cutting into her skin. Any physical pain that would stop her from showing him where it truly ached. “It’s such a fine bloody line, Carlo. Please understand.” She swallowed the last words, biting hard on her lip to transfer the pain that had settled underneath her heart.

Sophia Karlson has lived in France, Germany, East Africa, Madagascar (not the movie, the country) and now finds herself back on home ground in South Africa. As a teenager, she 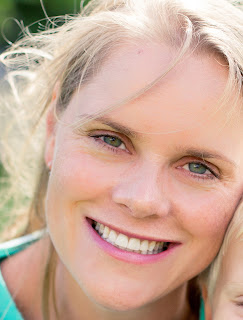