This post is part of a virtual book tour organized by Goddess Fish Promotions. Trisha Ridinger McKee will be awarding a $15 Amazon or B/N GC to a randomly drawn winner via rafflecopter during the tour. Click on the tour banner to see the other tours on the stop. 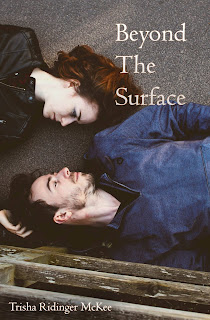 Ella is a middle-aged woman with a stagnant career, an exasperated teenage daughter, and a husband that has left to make a new life with another woman. Her first attempt at dating is a disaster, and in an attempt to refocus her life and rediscover her joy, Ella goes fishing. It is here that she meets Dennis, the older, captivating man that ends up saving her life and stealing her heart. But Dennis has a history, and Ella might just be in for the biggest heartbreak of her life if she can not get her emotions under control and face the demons from her own past.

“Tell me one thing, Ella. When I messed up, and I pushed you away… did you feel just a little bit victorious because that was what you’d been expecting? You wanted me to mess up to prove your point that you couldn’t trust any man. You wanted me to mess up, so you didn’t have to take that chance on falling in love.” She started to shake her head and speak, but he interrupted, “Before you tell me that I’m being ridiculous, just stop and think. Okay? I’m not looking for assurances, I’m looking for the truth. You were waiting for me to mess up. Right?”

There were a few seconds of silence, before Ella sighed through her tears. “Fine. I was. I was waiting.”

“Right. We were both just waiting for that other shoe to drop. For a reason to push away before we were pushed. So, we were doomed from day one. I can’t do this, Ella. I can’t keep chasing after a woman that doesn’t want a relationship with me.” He paused and in a softer tone, added, “I went through that once already, and once is enough in a lifetime.” Then he got into his car and was gone, even as the tears streamed down her face. Even as she struggled to call him back. Even as she realized that she might have made a mistake in chasing away the best man she had ever known. 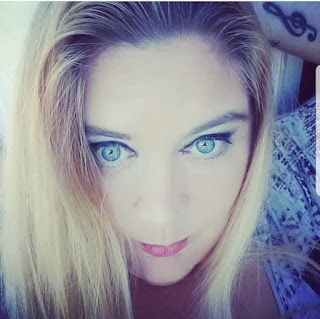 Trisha Ridinger McKee resides in a small town in Pennsylvania where there is not much to do ... except write. When she is not twisting words into stories, she enjoys fishing, reading, binge-watching true crime or cheesy horror, hanging out with her bulldogs, and finding new hobbies. She shares her world with a patient hubby and an amazing daughter. She finally gained enough courage to send out her writing in April 2019. Since then, her work has appeared or is forthcoming in over 50 publications, including Tablet Magazine, The Oddville Press, Crab Fat Magazine, Kzine, Commuterlit, J.J. Outre Review, ParABnormal Magazine, 4Star Stories, Black Hare Press, Thirteen Press, and more. She won Story of the Month from 50-Word Stories. Her short story Where We Meet has been nominated for Best of the Net Anthology 2019. Her debut novel Beyond the Surface is now available on Amazon.